SEOUL, Feb. 24 (Yonhap) -- Starting from professional volleyball, the recent school bullying scandal has now engulfed the South Korean entertainment scene, with names of a number of K-pop stars and film and TV actors making headlines across the country.

Last week, volleyball players, including popular twin sisters Lee Jae-yeong and Lee Da-yeong of the Heungkuk Life Pink Spiders, left the court after admitting to their past violence in school.

Similar allegations were raised against several professional baseball athletes from the Hanhwa Eagles and the Doosan Bears. 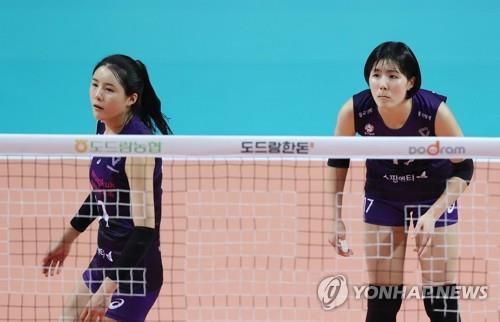 The groundswell of past revelations soon reached the entertainment circle. Young rising actors and K-pop stars are not safe from such allegations that they were involved in bullying during their school days.

Cho Byung-kyu, who rose to a stardom with the hit TV series "Sky Castle" (2018) and "The Uncanny Counter" (2020), was accused of verbally assaulting some of his schoolmates while he was studying in New Zealand. But his agency, which has constantly dismissed such claims, said Cho has received an apology from the accuser, who also removed the related posts.

Actress Park Hye-soo, who starred in the comedy film "Samjin Company English Class" (2020), was also alleged to be a perpetrator of school violence, while actor Kim Dong-hee, who has appeared in hit series like "Itaewon Class" (2020) and "Extracurricular" (2020), also could not avoid the wave.

Moreover, as many as 10 K-pop stars including Hyunjin, a member of K-pop boy group Stray Kids; Kihyun of Monsta X; and Chuu, a member of girl group Loona, saw their names cited in online school violence complaints over the past week.

Although agencies of the concerned actors and singers have adamantly denied those accusations, a string of further revelations of their past violence kept popping up in various online communities and on social media and spreading like wildfire. 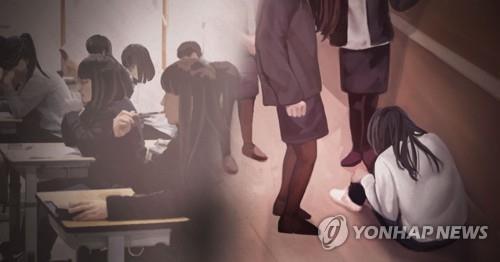 Experts noted that such online muckraking is not new in the South Korean entertainment scene, although past voices were relatively weaker than the current ones, as school bullying remains unsolved in the education system.

A recent government survey showed that more than one out of 100 elementary and secondary students suffered some form of abuse at school in 2019.

"Violence in school has to be solved by the school system in principle," said culture critic Kim Heon-shik. "But the public institution doesn't work well and victims appeal to a private means."

On top of that, he said fans require higher moral ground for celebrities as the global influence of Korean pop culture is growing and people think stars represent Korea.

"These days, a Korean singer or actor can appear on many overseas platforms simultaneously," he said. "People want them morally and ethically clean."

So management agencies have to review their recruitment strategies and set up effective screening systems when picking up trainees from the beginning, he added.

But the expert still remained cautious against false accusations, saying that it is hard to verify whether claims of those online posts are true or not. But such groundless charges are strong enough to work as a "public punishment" that damages the careers of young up-and-comers.

"Those revelations are based on anonymity in online communities and social media, and it is still unclear what exactly school bullying is," he said. "It is dangerous that people can be swayed by subjective descriptions and past memories of victims and witnesses."