SEOUL, Feb. 24 (Yonhap) -- Financially troubled carmaker SsangYong Motor Co. said Wednesday it will extend the suspension of its local plant until the end of this week due to a lack of parts from contractors.

SsangYong Motor already halted its plant in Pyeongtaek, 70 kilometers south of Seoul, for two days in December and 14 days this month as its subcontractors refused to supply parts due to outstanding payments.

The Pyeongtaek plant will be suspended from Thursday to Friday and the company aims to resume the plant's operations Tuesday, the company said in a regulatory filing. 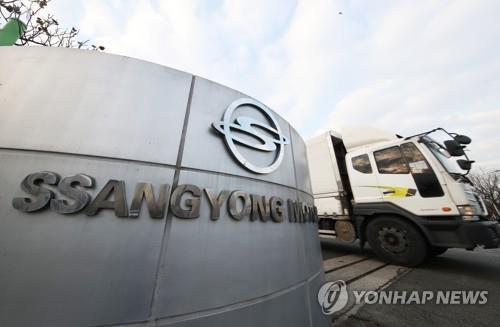 SsangYong said it will continue negotiations with subcontractors to resume the halted supply of auto parts.

It filed for court receivership on Dec. 21 after it failed to obtain approval for the rollover of existing loans from its creditors.

The company received a two-month suspension of its obligation to pay its debts as it aims to find a new investor before the court-led restructuring begins on Feb. 28.

The debt payment grace period can be extended depending on the court's decision.

SsangYong's Indian parent firm Mahindra & Mahindra Ltd. is in the process of selling its controlling stake in the Korean unit but reportedly faced difficulty in narrowing terms of the deal with a potential buyer.