SEOUL, Feb. 24 (Yonhap) -- Global superstar BTS on Wednesday brought to stage songs from its latest album "BE" and a surprise cover of band Coldplay's hit "Fix You" in its debut performance on the iconic music program "MTV Unplugged."

The seven-piece act kicked off the show with its first-ever performance of "Telepathy," a number on its November-released album "BE," in which members Suga, Jung Kook and RM took part in songwriting.

All seven members -- including Suga who had taken a temporary break due to a shoulder surgery -- appeared in a room filled with neon signs, arcade games and darts, where they playfully performed the song. 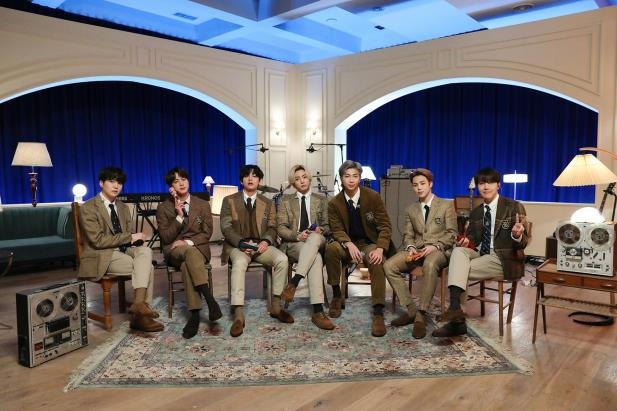 The members then gathered on a couch where they talked about the song in Korean and English. The band's rapper Suga explained that the song's lyrics were specifically written during the pandemic, which has banned in-person meetups with fans.

The set then rotated to a serene urban garden surrounded by concrete walls for the performance of "Blue & Grey," another song on "BE" that member V wrote the song and lyrics for. The BTS member commented on how he concentrated on the lyrics to better convey the sentiment of burnout and sadness. 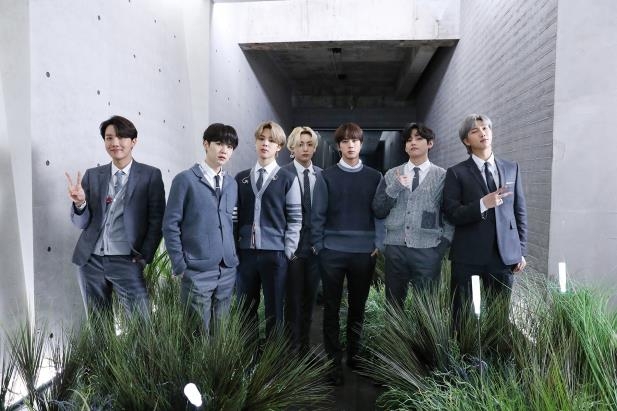 As a surprise for viewers tuning in from all around the world, the septet unveiled a special performance of British rock band Coldplay's 2005 hit "Fix You."

"Last year has been tough for everyone, but we were comforted by this song so we prepared a cover of it in hope that you will be comforted," Jimin said. "It's a song that all of us like so preparing for it was fun."

Other members voiced gratitude for ARMY -- the act's dedicated fan base -- and shared messages of support and encouragement.

"We miss ARMY so much. We hope to see you in the fastest possible date and until then we will stay beside you with good music," said the band's youngest member Jung Kook. 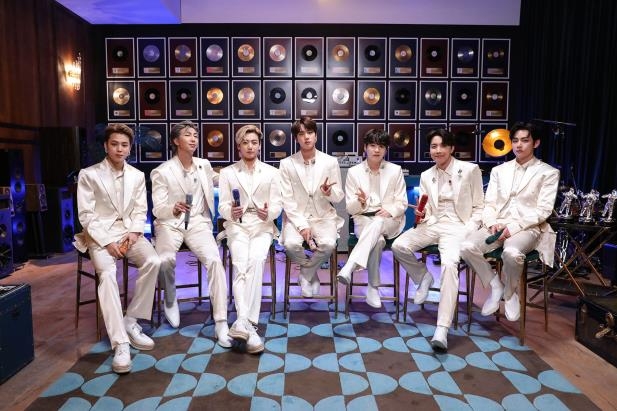 Jimin, meanwhile, confessed how things have been tough for the act, with the pandemic making in-person concerts and fan meetups almost impossible.

"I've been spending a lot of time not knowing what I'm doing and sometimes feeling in doubt at a situation where we can't see you," he said but urged fans to "move forward without giving up."

RM also spoke about how the band misses performing in front of its fans but also thanked MTV for the show.

"We initially wanted to perform these songs for you guys at our concert in person but can't at the moment," he said in English. "So we're grateful we got a chance to perform them with such a great series called 'MTV Unplugged.' We hope many of you are comforted while watching from your rooms and houses." 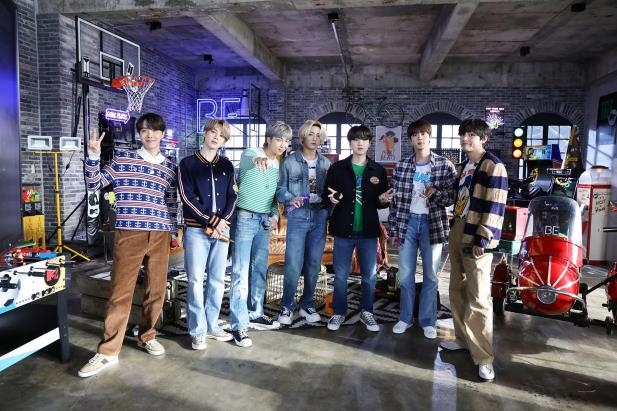 BTS brought "Life Goes On" in a contemplative, soulful ambience with a live band performing behind the septet. For "Dynamite," they brightened up the room in all-white suits, dancing and joking along to the upbeat pop-disco number.

First aired in 1989, "MTV Unplugged" is a series that shows legendary artists playing acoustic instruments, which is where the program title comes from. Notable acts that have appeared on the show include Nirvana, Eric Clapton, Sting, Oasis and Mariah Carey.

BTS is the first Korean act to perform on the show. 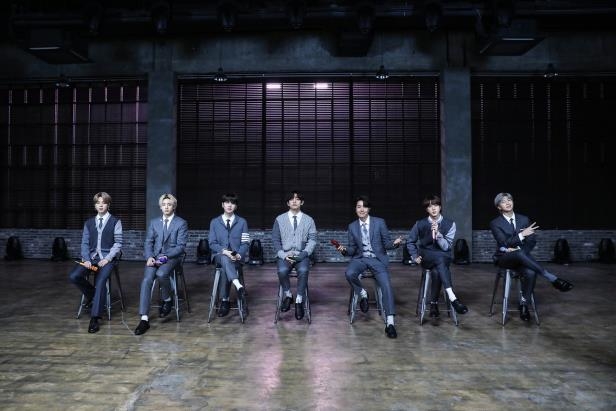