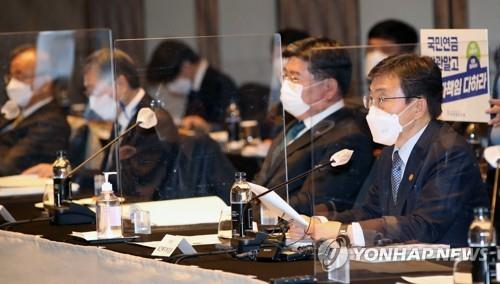 The annual return rate was the second highest over the past 10 years, after a return rate of 11.3 percent logged in 2019, the NPS said.

It chalked up a 34.66 percent investment return from the local stock market and a 10.22 percent yield from investments in overseas stocks.

The fund's return rates from investments in domestic and foreign bonds reached 1.71 percent and 0.19 percent, respectively, it said.

The NPS is one of the world's leading pension funds, with more than 770 trillion won worth of assets under its management.