WASHINGTON, Feb. 24 (Yonhap) -- The United States will unlikely ease or remove its sanctions on North Korea unless Pyongyang first makes a move to show its good faith, a U.S. lawmaker said Wednesday.

"I don't think that there's going to be sanction relief in the short term. I think there will have to be some sort of action by the North Korean government to show some good faith," Suozzi said in a webinar hosted by the Institute of Corean-American Studies.

His remarks came in response to a question from a renowned nuclear expert, Siegfried Hecker, who insisted that sanctions have failed to denuclearize North Korea while adding to the difficulties of the people in North Korea. 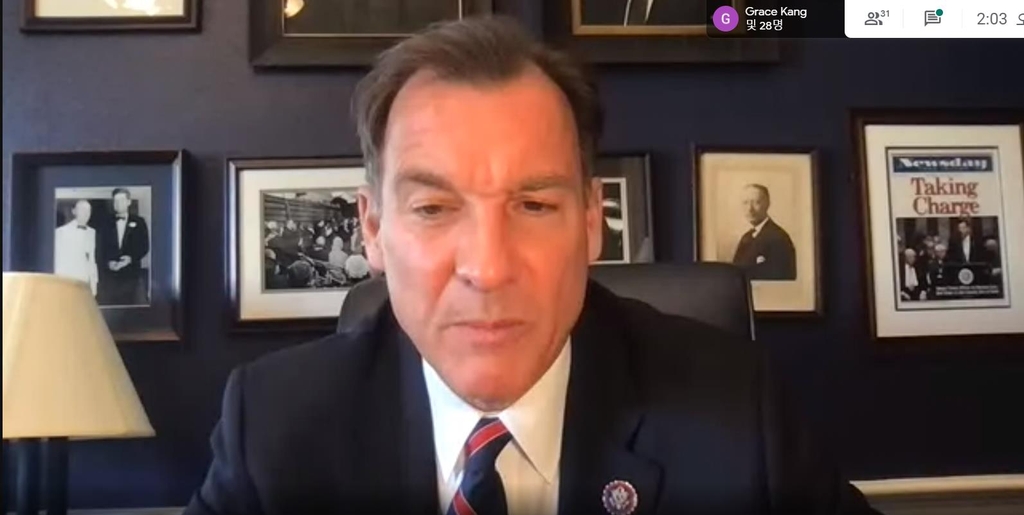 "Nobody likes the idea of people suffering because their government leader is an awful person. Nobody likes that. The people of North Korea, as you said, are the victims of this awful behavior," the U.S. lawmaker said.

"But at the same time, there are many instances throughout world history where there had been efforts to try and get the leader to work with you and to give them more resources, and then they just use the resource. They don't give it to their people anyway," added Suozzi.

"I think we need more strategic and less patience. So we need to be thoughtful about how we are going to address this. We are not going to address the problems of North Korea and their nuclearization just by having a personal relationship between the president and one of the worst dictators in the world," said he.

Suozzi said one of the most important parts of a new U.S. strategy must be to work closely with South Korea and other allies and partners.

"There has to be much more strategic and one of the most important parts of the strategy is to work together with South Korea and our other allies to figure out the best way to deal with North Korea, and how to incentivize China, quite frankly, to help us with that," he said.