WASHINGTON, Feb. 24 (Yonhap) -- The United States and South Korea are in consultation over the possible release of Iranian assets locked in South Korea, a State Department spokesman said Wednesday.

Ned Price, however, noted no Iranian funds have been released.

"The government of South Korea, the ROK, has made clear it has not released the US$1 billion in funds to Iran," the department spokesman told a daily press briefing.

His remarks came shortly after Tehran claimed Seoul will first release $1 billion out of about $7 billion that remain frozen at South Korean banks due to U.S. sanctions.

The U.S. is currently urging Iran to comply with its obligations under a multilateral nuclear deal, known as the Joint Comprehensive Plan of Action (JCPOA), from which Washington withdrew in May 2018.

The Biden administration has offered to return to the pact if Iran faithfully honors its commitments, a move that will likely lead to an immediate removal of U.S. sanctions on Tehran.

Seoul's urgency to deal with the Iranian assets came after Iran seized a South Korean tanker, along with 20 crewmembers, last month, though the Mideastern country insists the seizure had nothing to do with its funds locked in South Korea.

Tehran has released most crewmembers but not the South Korean captain nor the tanker itself.

Price said Seoul is a close ally when it comes to sanctions enforcement, but refused to discuss details of U.S.-South Korea consultations.

"South Korea plays a vital role in sanctions enforcement, not only when it comes to Iran but also to North Korea, of course." he said. 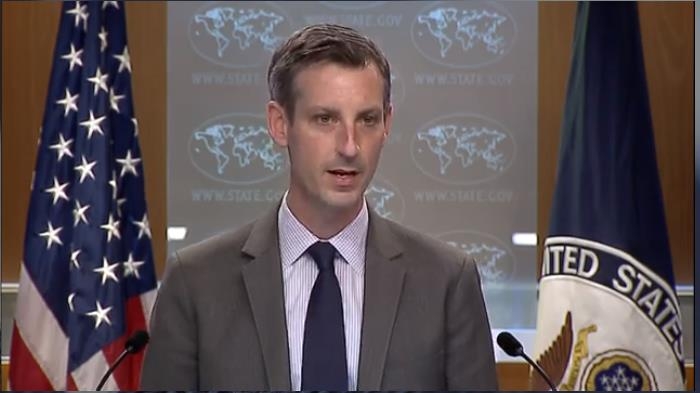