At the expanded military commission meeting of the ruling Workers' Party on Wednesday, Kim stressed the importance of establishing "revolutionary moral discipline" particularly among the younger generation in the army, according to the Korean Central News Agency.

"To establish the revolutionary moral discipline within the KPA is not just a technical issue, but a fatal issue related to the existence of the KPA and success or failure in the army building and military activities," Kim said, referring to the People's Army.

Kim also called for intensified education and control to ensure that the commanding officers of the "new generation have the proper political consciousness and moral point of view."

Also discussed at the meeting were "a series of shortcomings revealed in the military and political activities and moral life of KPA commanding officers."

Kim's criticism appears aimed at tightening discipline among military officers amid challenges from global sanctions and the country's prolonged fight against the global pandemic.

Several major commanding officers were dismissed or appointed at the meeting, reflecting an apparent generational change in the organization.

The tile of vice marshal was also conferred on Defense Minister Kim Jong-gwan and Kwon Yong-jin, director of the General Political Bureau of the North Korean Army. 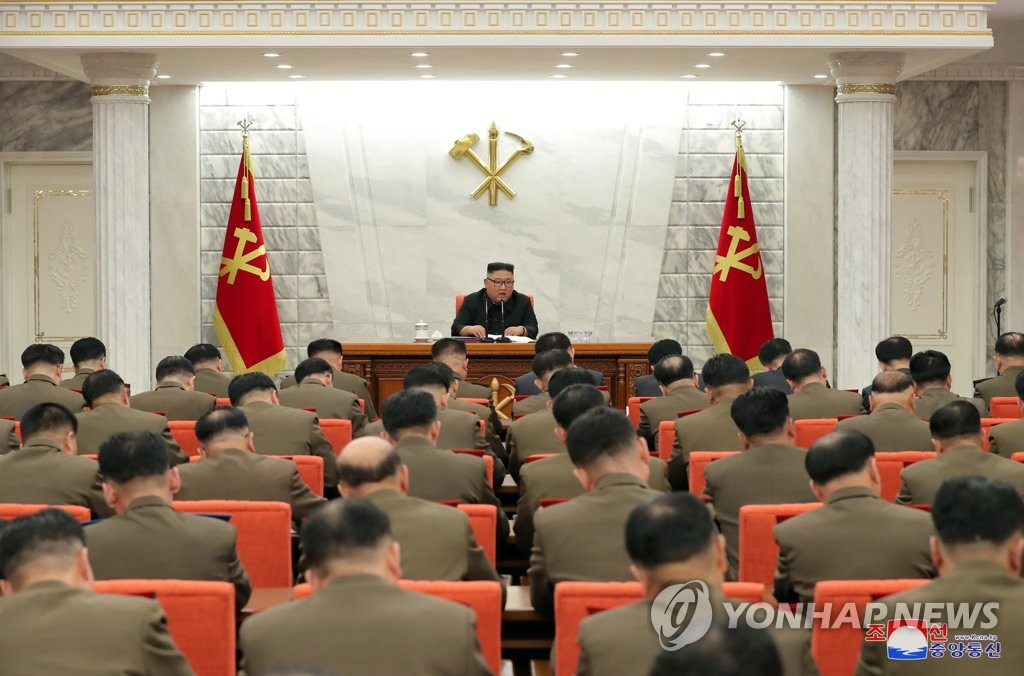