SEOUL, Feb. 25 (Yonhap) -- Trucks and ships carrying the first batch of some 1.5 million doses of coronavirus vaccines headed across the country Thursday, marking the start of the long-awaited vaccination program in South Korea, where COVID-19 cases are nearing 90,000 since the first confirmed case in January last year.

The nationwide distribution of the AstraZeneca vaccine for some 750,000 people, mostly health care workers and patients at nursing homes, came as the country is set to kick off the free inoculation campaign Friday.

The vaccine doses were produced at a local plant by SK Bioscience Co. under a manufacturing partnership deal with British-Swedish pharmaceutical giant AstraZeneca. 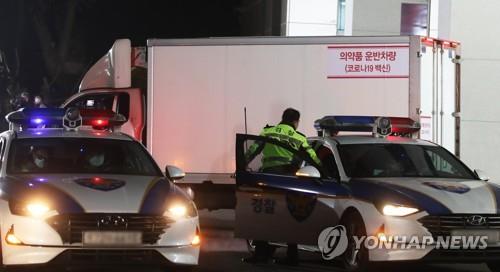 The sealed one-ton truck, escorted by the police and military vehicles and personnel, first left a cold chain logistics warehouse in Icheon, 80 kilometers southeast of Seoul, around 5:50 a.m.

The first shipment for a total of 55 container trucks was delayed for around two hours at the site due to extra caution about maintaining storage temperatures, health authorities said.

A total of 1.57 million doses of vaccines under AstraZeneca's full two-dose regimen will be delivered to a total of 1,900 long-term care hospitals and public health centers across the country for the next five days.

The first batch of AstraZeneca's vaccine is enough to provide jabs to 785,000 people, which is 35,000 higher than the previous estimate. 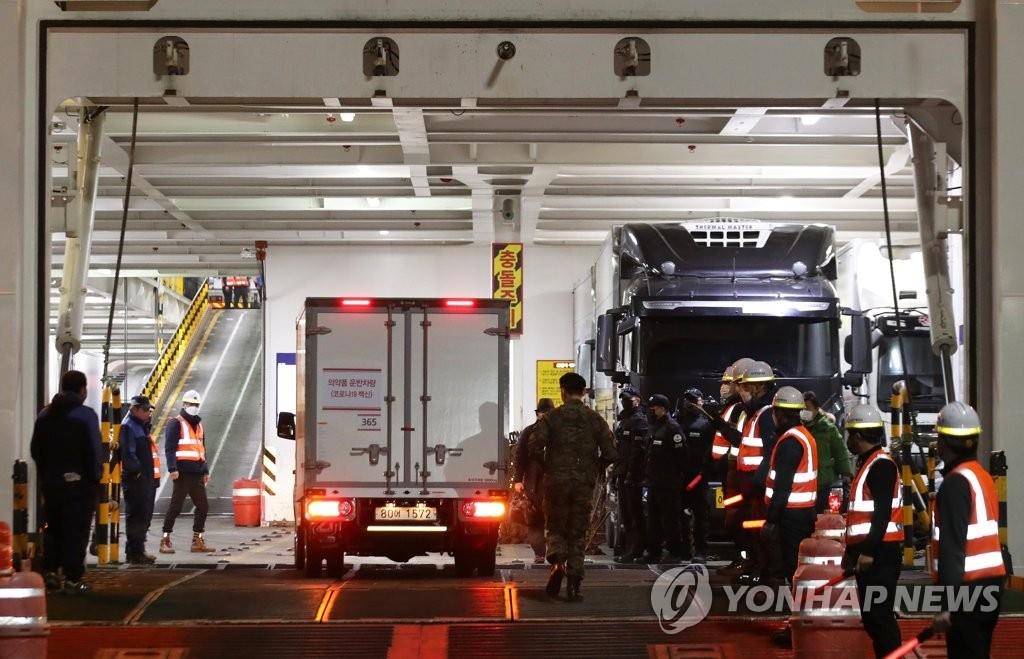 According to health authorities, a total of 289,271 people, or 93.6 percent of the patients and people working at facilities including sanatoriums, nursing facilities and rehabilitation facilities will receive the first shot.

Meanwhile, Pfizer's vaccine will be offered to medical staff members starting Saturday. South Korea hopes to attain herd immunity by November after inoculating 70 percent of its population by September.

On Thursday, the country reported 396 more virus cases, raising the total caseload to 88,516. Thursday's daily caseload marks a slight drop from 440 posted the previous day. The figures hovered above 600 last week before falling below 500 over the weekend and under 400 earlier this week on fewer tests. 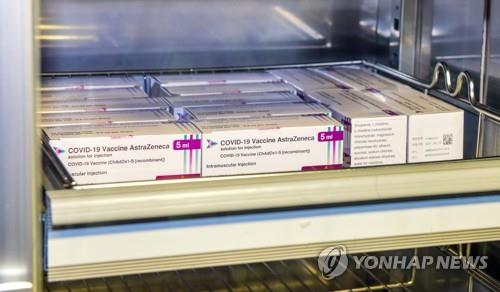