Thursday's daily caseload marks a slight drop from 440 tallied the previous day. The figures hovered above 600 last week before falling below 500 over the weekend and under 400 earlier this week on fewer tests. 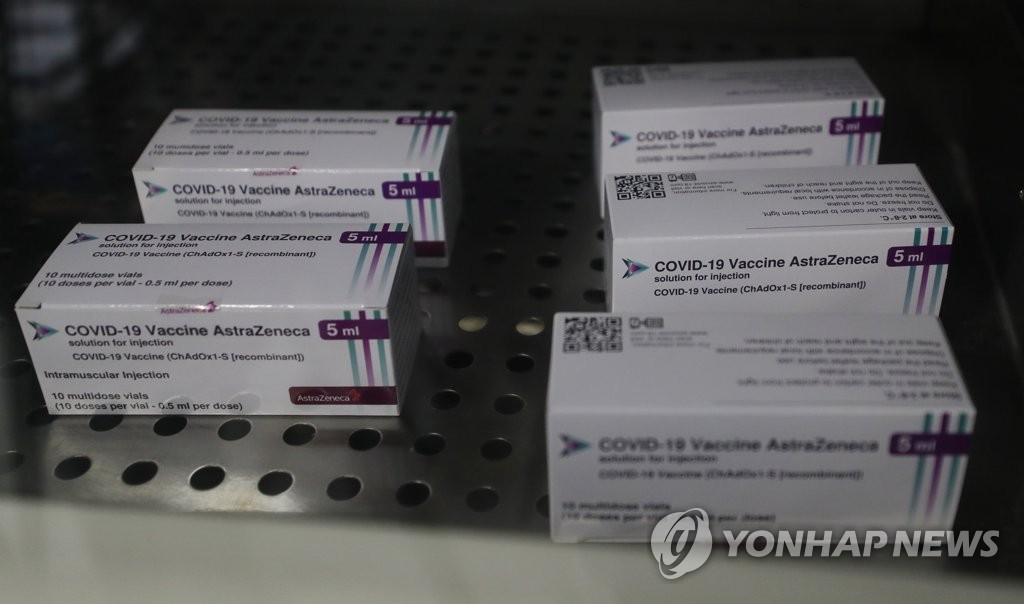 Thousands of health care workers and patients at nursing facilities and hospitals across the nation will be vaccinated first.

Starting Saturday, Pfizer's vaccines will be administered to medical workers at hospitals for virus patients. The first batch of the Pfizer vaccine will be provided to 300 workers at the National Medical Center in Seoul.

The country also plans to issue digital certificates to vaccinated people to prevent them from being forged. Authorities plan to allow holders to be exempted from self-quarantine even when they have had close contacts with patients. 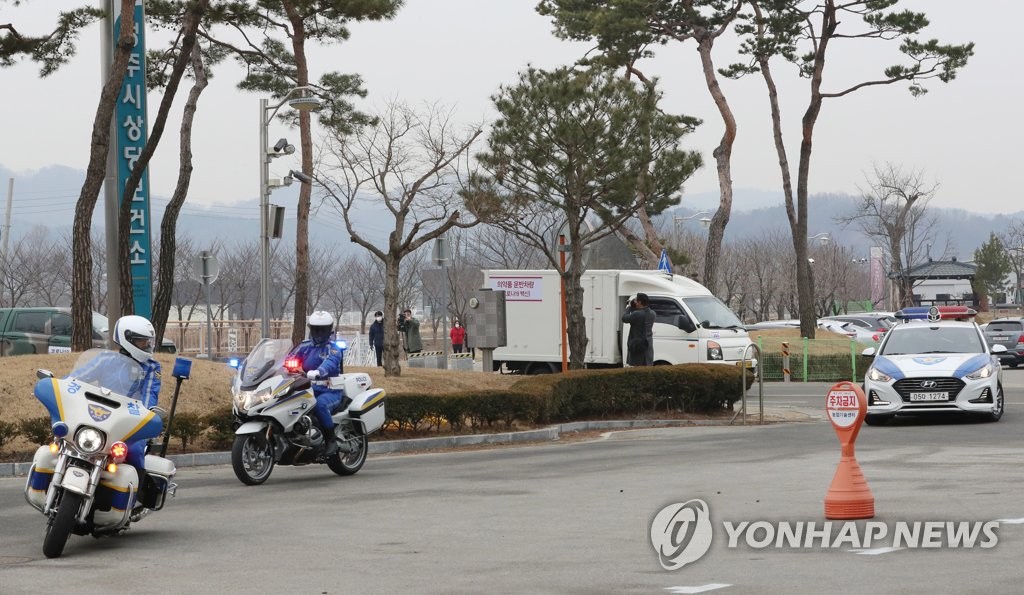 But the current virus situation is not improving given asymptomatic patients who could have spread the virus over the Lunar New Year's holiday, which ran from Feb. 11 to 13, and the spread of more contagious COVID-19 variants.

On Thursday, authorities said they have found 142 cases of COVID-19 variants so far, with those from Britain taking up 122.

South Korea, meanwhile, also plans to announce an outline on how to revamp the current five-tier social distancing scheme next week and gather the public's opinion before a full implementation.

The revised guideline is said to include streamlining the five-tier alert system into three tiers, along with minimizing restrictions on shops. 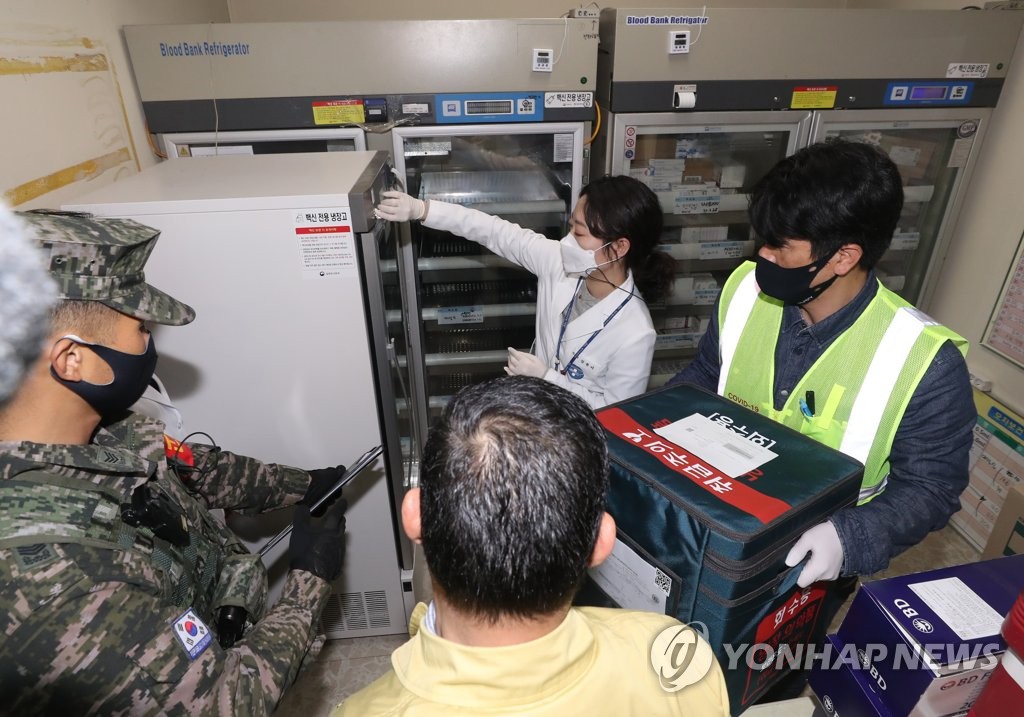 A plastic factory in Namyangju, north of Seoul, added three more patients, raising the caseload to 187.

A religious group from Bucheon, west of Seoul, also identified 13 more patients, with the total reaching 174.

Over the past two weeks, cluster infections took up 30 percent of the newly added cases, while infection routes of 21.7 percent remained unknown.