The total fisheries output amounted to 3.71 million tons last year, down 3.8 percent from the previous year, according to Statistics Korea.

The tally marked the smallest since 2016, when such output reached 3.26 million tons.

Last year, the output from seaweed and oyster farming remained sluggish amid long rainy seasons. Fishery output from deep-sea and inland fishing also fell amid decreased fish stocks and a fall in consumption caused by the pandemic.

But by value, the total fisheries output hit a record high of 8.7 trillion won (US$7.9 billion) last year, up 4.7 percent from a year earlier. It also marked the fastest on-year gain since a 14.6 percent gain in 2017. 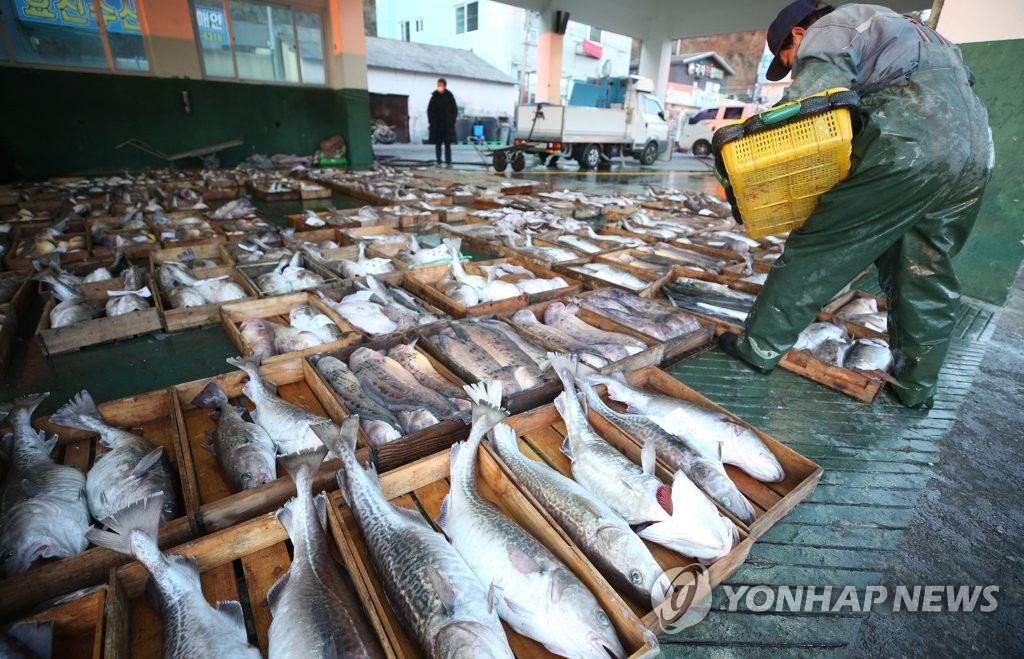