SEOUL, Feb. 25 (Yonhap) -- The number of jobs for wage workers in South Korea increased on-year in the June-August period of last year, but those in their 20s and 30s suffered extended employment slumps amid the pandemic, data showed Thursday.

The number of paid employee jobs reached 19.1 million in the cited period, up 369,000 from a year earlier, according to the data compiled by Statistics Korea.

The quarterly tally was higher than an increase of 211,000 in the March-May period of 2020, when such jobs rose by the smallest number ever, hit by the COVID-19 pandemic.

But those in their 20s and 30s suffered extended job slumps amid the fallout of the new coronavirus outbreak, the data showed.

The number of paid jobs for those in their 20s and younger declined 86,000 on-year in the cited period, and jobs for salaried workers in their 30s fell 64,000. 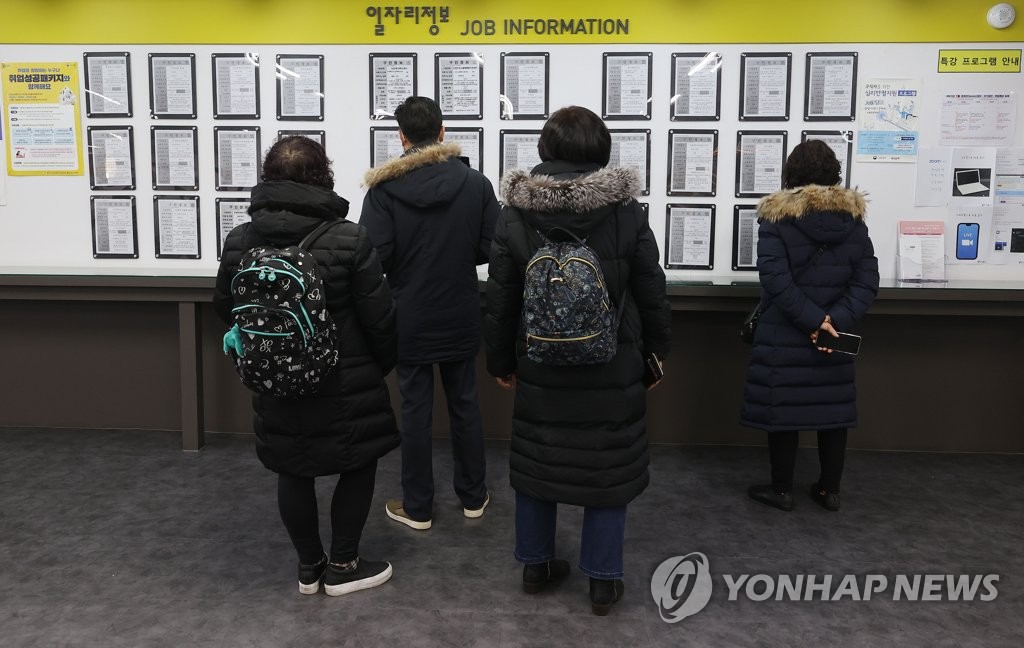 "Jobs for wage workers in their 20s and younger declined for the third straight quarter, led by a decline in employment in the manufacturing sector," Kim Jin, a Statistics Korea official, said at a press briefing.

For those in their 30s, paid job posts fell for the fourth straight quarter, the data showed.

By industry, the manufacturing sector shed 87,000 wage worker jobs on-year in the cited period, larger than a fall of 65,000 three months earlier.

It marked the largest on-year fall since 2018, when the statistics agency began compiling related data.

The accommodations and food service segments reported a combined decrease of 25,000 jobs, compared with a fall of 26,000 in the previous quarter.

But jobs in the public administration and social welfare sectors rose 177,000 and 162,000, respectively, helped by the government's efforts to increase temporary jobs.

The country reported the largest job losses since 1998 last year, with the number of employed people falling 218,000 on-year.

The nation has reported job losses every month since March 2020, led by heavy job losses in the face-to-face service segments.