The Korea Aerospace Research Institute (KARI), which leads the project's development, ran the 100-second combustion test for the four 75-ton liquid engines to check their durability at the Naro Space Center in Goheung, 330 kilometers south of Seoul, according to the Ministry of Science and ICT. 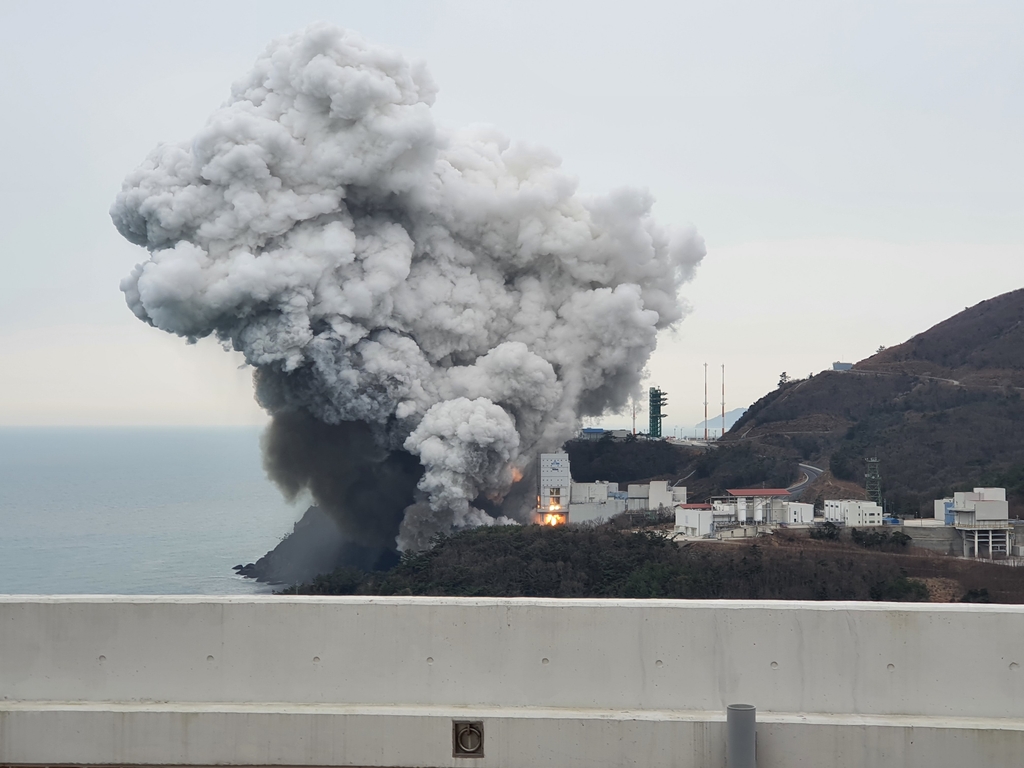 The latest test follows the first stage's 30-second combustion test last month as the country prepares for the launch of the three-stage space launch vehicle, named Nuri, later this year with a mock payload.

KARI plans to conduct a final 130-second run next month that will wrap up development of the first stage of the launch vehicle.

After next month's test, KARI will focus on production of the flight model.

South Korea has been pursuing development of a homegrown space launch vehicle since 2010, earmarking nearly 2 trillion won (US$1.8 billion).

Nuri has suffered setbacks in development, such as changes in the first stage's assembly process and delays in acquiring parts, prompting South Korea last year to push back its first launch originally scheduled for this month.

Nuri's second launch, which will carry a real satellite, is slated for May 2022.