The talks between Noh Kyu-duk and Sung Kim, acting U.S. assistant secretary of state for East Asian and Pacific affairs, came as the new U.S. administration of President Joe Biden has been conducting a review of policy on North Korea.

The U.S. has stressed that the policy review will be carried out in close consultations with South Korea and other allies.

"The two sides noted that there has been close bilateral cooperation and coordination between the two countries in the process of the U.S. policy review on North Korea, and exchanged in-depth opinions on ways to bring progress in the denuclearization of the Korean Peninsula and building lasting peace," the ministry said.

The two sides also agreed to continue consultations on the issue at every level, the ministry added.

Last week, Noh also had a three-way conversation between Kim and his Japanese counterpart, Takehiro Funakoshi. 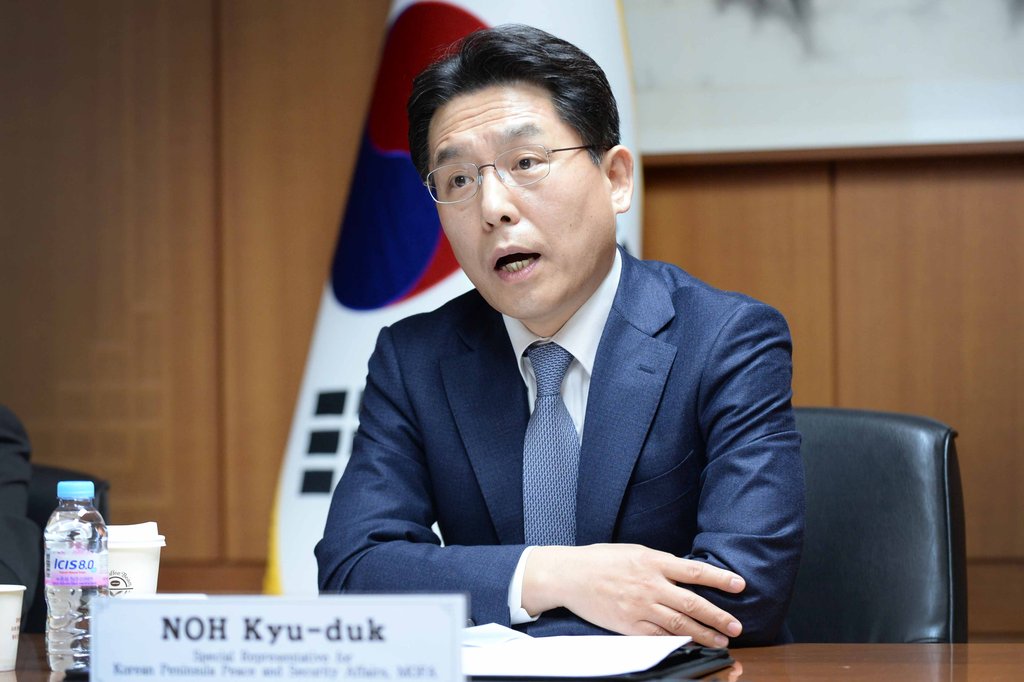