(ATTN: UPDATES with approval by legislation and judiciary committee in paras 2, 10)

SEOUL, Feb. 25 (Yonhap) -- The National Assembly is pushing for a law revision to strengthen the punishment of homicide by child abuse in the wake of a series of recent fatal abuse cases that shocked the nation.

The Legislation and Judiciary Committee on Thursday passed a revision bill on child abuse crimes, under which those convicted of child abuse murder will be punished with at least seven years in prison, life imprisonment or the death penalty. The bill is expected to advance to a full floor vote on Friday.

Currently, those who commit child abuse that results in the victim's death could face a lifetime sentence or a prison term of at least five years.

Under the criminal act, the minimum penalties for murder and family homicide are five years in prison and seven years, respectively. 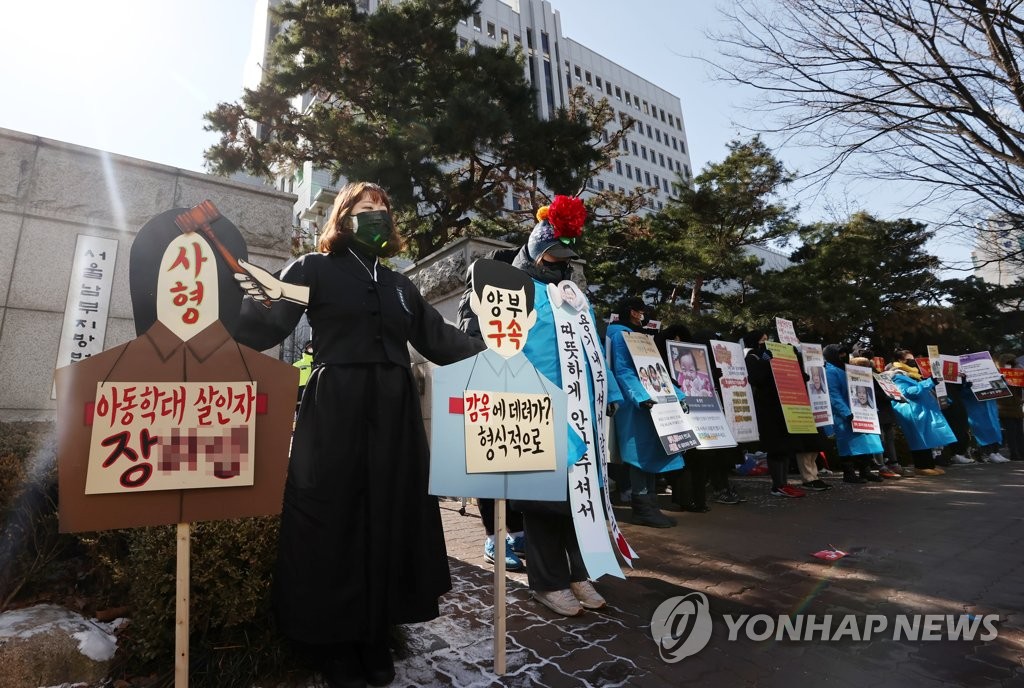 The new bill was prompted by a series of recent fatal abuse cases that sparked public outrage, including the death of a 16-month-old toddler in October.

At least two other children died this month allegedly as a result of maltreatment by their parents or guardians.

In January, the National Assembly passed a revision of the child abuse act, mandating local governments or investigative bodies open a probe immediately upon being notified of suspected child abuse.

The so-called Jung-in's law also calls for a fine of up to 50 million won (US$45,133) or a five-year imprisonment for those convicted of obstructing the duty of government officials dealing with a child abuse case. 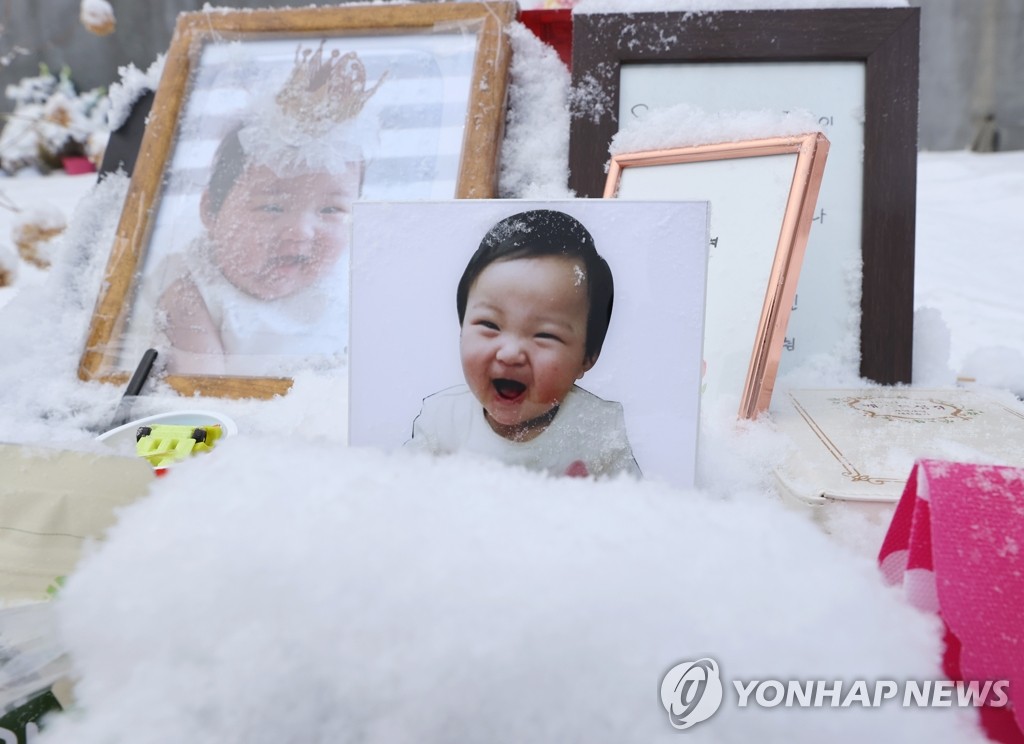 The legislation committee also advanced a proposed amendment of the family relations registration act to allow single fathers to register their children's birth with the authorities when the mother is uncooperative without due reasons.

Currently, mothers can register children born outside of marriage while unwed fathers are allowed to do so only when the identity or whereabouts of the mother are unknown.