SEOUL, Feb. 25 (Yonhap) -- Unification Minister Lee In-young said Thursday the government will push to resume long-suspended tours to North Korea on an individual basis as soon as the pandemic eases, saying it is "the best way to break the boundaries" between South and North Koreans.

"There are still many South Koreans who wish to visit Mount Kumgang though it has been over 10 years since its suspension," he said, pointing out that such exchanges can help restore "national homogeneity."

"The government will prepare various matters with the aim of resuming individual tours to Mount Kumgang the foremost when the COVID-19 situation eases," he said.

He also called on the international community to take a flexible approach to sanctions on allowing individual tourism to North Korea.

The idea of individual tourism to North Korea emerged as a "creative" alternative to the long-suspended tour project at Mount Kumgang on the North's east coast. The program came to a halt in 2008 after a South Korean traveler was shot dead near the resort. 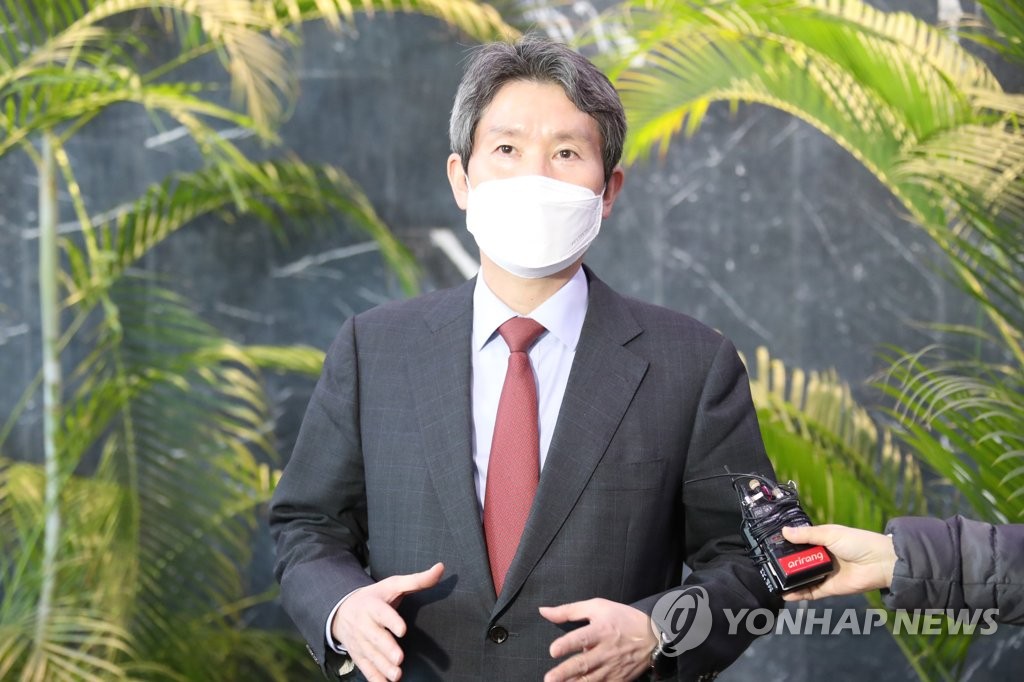