SEOUL, Feb. 25 (Yonhap) -- South Korea should put off or suspend its combined springtime military exercise with the United States as part of efforts to improve inter-Korean relations, a researcher at a state-run think tank said Thursday.

Kim Sang-ki, a researcher at the state-run Korea Institute for National Unification (KINU), made the point in a report amid concern that the joint exercise, expected to take place next month, could provide North Korea with a pretext for provocations.

"It is necessary to postpone the combined exercises in March to restart inter-Korean dialogue and to review the idea of forming a joint military committee with the North to discuss the issue of military exercise and arms buildup," the expert said.

The joint computer-simulated command post training is expected to kick off around the second week of March and last for about 10 days. But exactly when and how the exercise will be staged has not yet been announced.

North Korea has long demanded an end to such drills, denouncing them as a rehearsal for invasion. During a rare party congress last month, North Korean leader Kim Jong-un repeated such calls, citing it as a crucial matter to improve cross-border ties.

Kim also called on Washington to give up its hostile policy toward Pyongyang before seeking the resumption of talks and said any improvement in inter-Korean relations will depend entirely upon Seoul's attitude.

The expert also called on the need for Seoul to keep consulting with Washington so that North Korea's human rights issue does not pose as an obstacle to nuclear talks.

"If the (U.S.) review on the humanitarian front ends up in a direction that takes issue with the freedom of North Koreans, the North will regard it as an intervention in its internal affairs as well as a challenge to the regime and will react with strong opposition, which will likely worsen U.S.-North Korea relations," he said. 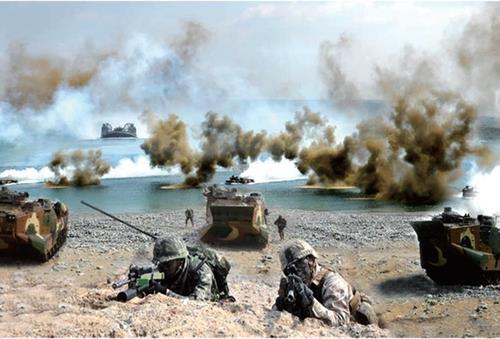 Upcoming military exercise with U.S. should be postponed or halted: expert

Upcoming military exercise with U.S. should be postponed or halted: expert