INCHEON, Feb. 25 (Yonhap) -- Police are investigating a video that warns of an attack at Incheon International Airport on the March 1st Independence Movement Day.

According to the Incheon International Airport Police Corps, they were tipped off by a citizen on Tuesday about a suspicious YouTube video threatening to attack the airport at 11 a.m. on the national holiday.

The video, uploaded on Sunday, has since changed its content to a message that Osama Bin Laden, the late leader of Al Qaeda and the mastermind of the September 11 terrorist attacks, should not be blamed.

The police on Tuesday officially requested Google to cooperate in identifying the account holder.

"Uploading the content in question is equivalent to interrupting the operation of the airport and is punishable as a violation of aviation security law," an official from the police said. "We have been working to track down the user and stepped up security at the airport." 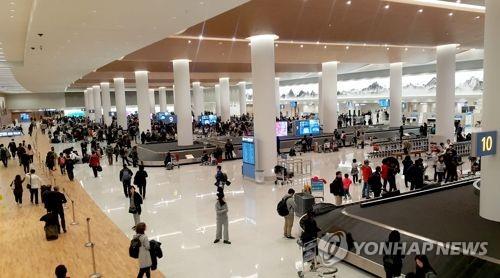