Moon made the pledge as he attended a briefing on the so-called megacity project in the southeastern port city of Busan that was co-hosted by the city's municipal government and those of the nearby city of Ulsan and South Gyeongsang province.

The project is aimed at establishing a broad, region-focused communal sphere of living that ties together various societal aspects -- such as the economy, living environment, culture and administration -- of some 8 million people living in the region.

"Busan, Ulsan and South Gyeongsang Province have reached a common understanding to soar powerfully. The goal of achieving a population of 10 million and establishing a pan-regional city region is not an impossible challenge," Moon said at the event. 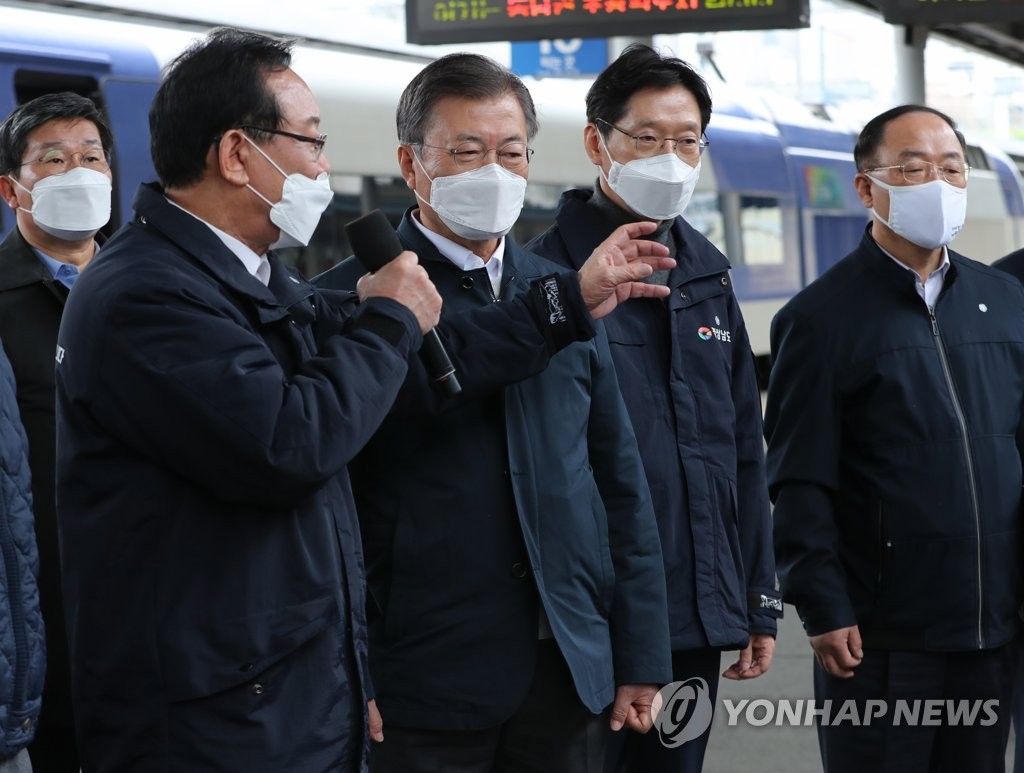 The president stated that the project could also play a role in reversing the trend of Seoul-concentrated population crowding and offer a new vision of balanced regional development.

The project is considered a central component of the Moon administration's broader Green New Deal initiative, a signature policy project of the president intended to foster environment-friendly industries in tandem with a push for balanced national development in the long term.

From the project, Cheong Wa Dae and the central government expect to see a drastic increase in the population of the southeastern region and a substantial boost in its economic activity.

Moon's visit to Busan was made ahead of an upcoming April mayoral by-election following the expulsion of former mayor Oh Keo-don over sexual harassment allegations last year. 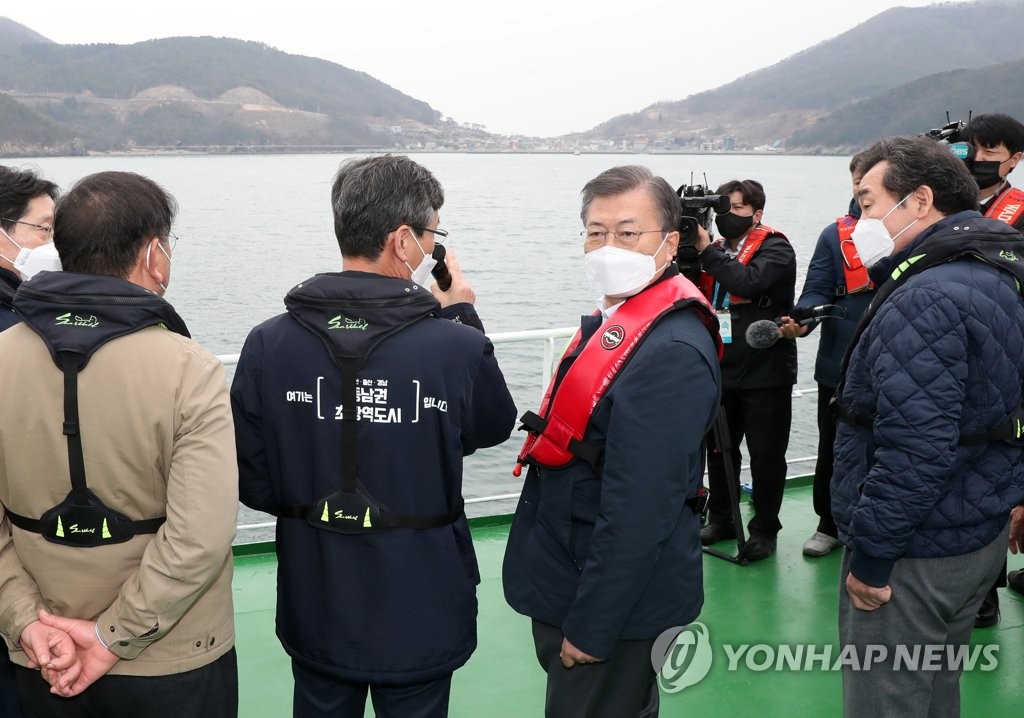 The main opposition People Power Party blasted Moon, arguing that the president was meddling in elections and that it was grounds for impeachment.

"We will begin a review of whether (the trip) is in violation of election laws," PPP floor leader Rep. Joo Ho-young said.