INCHEON, Feb. 25 (Yonhap) -- Former major league All-Star Choo Shin-soo landed in South Korea on Thursday to embark on a new chapter of his professional career in his native land.

Choo arrived here two days after signing a 2.7 billion won (US$2.4 million) contract with the SK Wyverns of the Korea Baseball Organization (KBO), a club soon to be renamed after its recent sale to retail giant Shinsegae Group. 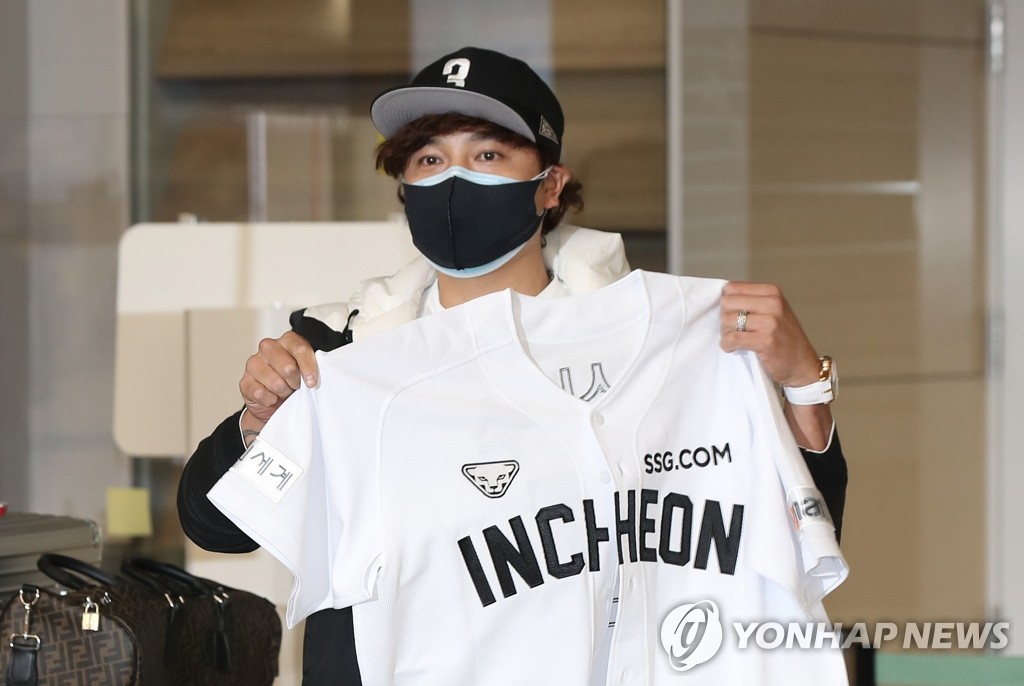 Choo had a 16-year run with four clubs in Major League Baseball (MLB), the last seven spent with the Texas Rangers. Choo, who signed with the Seattle Mariners out of high school in 2000, had 218 home runs and 782 RBIs, more than any other Asian-born player in big league history.

Once his seven-year contract with Texas expired after last season, Choo fielded offers from eight MLB clubs before deciding to take his talent to South Korea.

The 38-year-old left his wife and three children behind in the United States to play pro ball in South Korea for the first time.

"It was a difficult decision to come here without my family," Choo told reporters at Incheon International Airport, just west of Seoul. "But I promised my family that it will all be worth it in the end. I'll play hard and show people that I've made the right choice to come here." 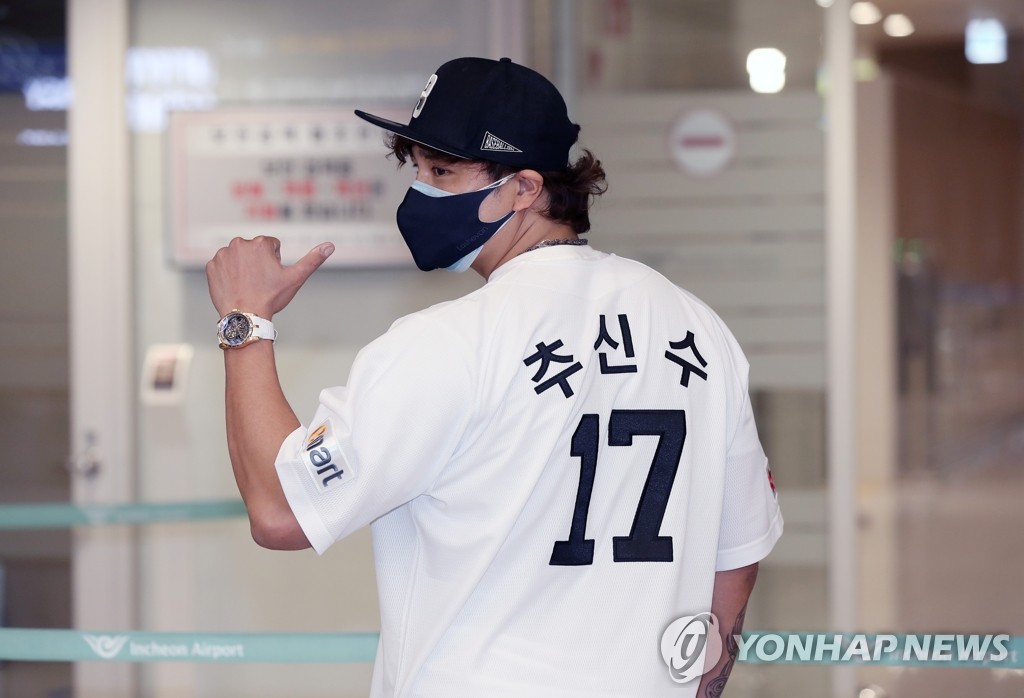 The Wyverns selected rights to Choo in a special, one-time draft for overseas-based players in 2004. Choo is the last among seven players picked then to sign in the KBO.

As an outfielder known for on-base skills and decent power -- he had seven 20-homer seasons and posted a career .377 on-base percentage -- Choo should provide an instant boost to the new ballclub's lineup.

Choo will serve his 14-day quarantine -- mandatory for all international arrivals into South Korea -- before joining the team in spring training. The exhibition games begin on March 20, followed by the regular season on April 3. The team will have a new name and uniform by then.

"SK is a prestigious ballclub with multiple championships," Choo said of the team that has won four Korean Series titles since 2007. "Now that Shinsegae will take over, hopefully we'll continue that tradition and I can contribute to that end." 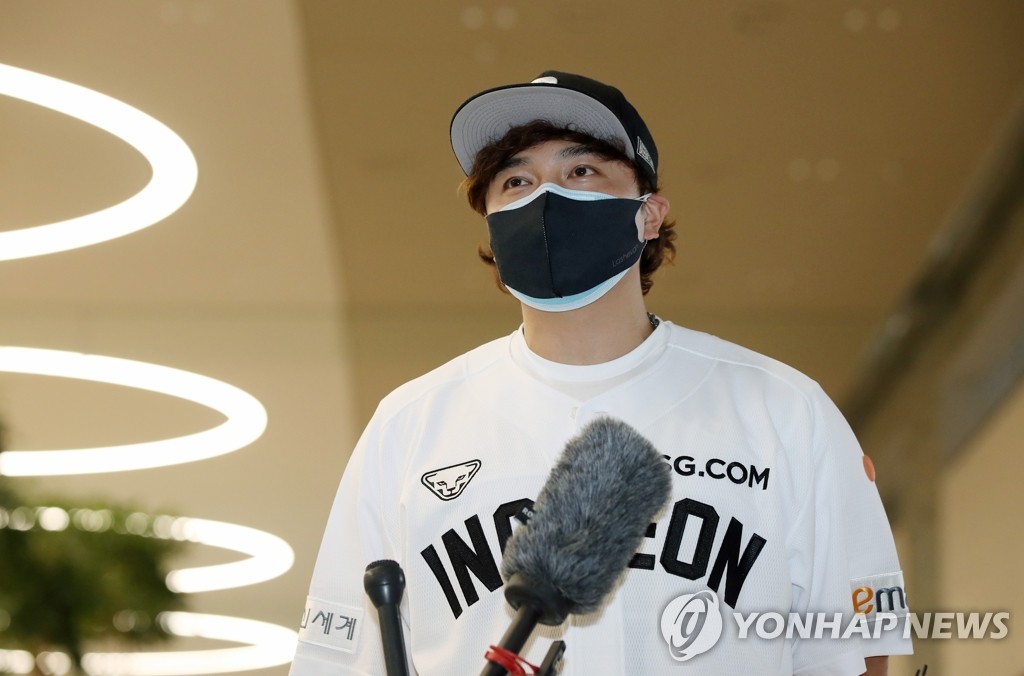