INCHEON, Feb. 25 (Yonhap) -- Former Texas Rangers All-Star Choo Shin-soo brings impressive major league credentials to his new South Korean club, but he left his ego back in the United States before arriving in his homeland on Thursday.

Choo on Tuesday signed a one-year deal worth 2.7 billion won (US$2.4 million) with the SK Wyverns, a club soon to be renamed after recently being sold to Shinsegae Group. Choo is expected to bat near the top of the order and play a corner outfield position, as he did for most of his 16-year big league career. But the 38-year-old insisted on Thursday it doesn't matter where he plays, as long as he can help the team win. 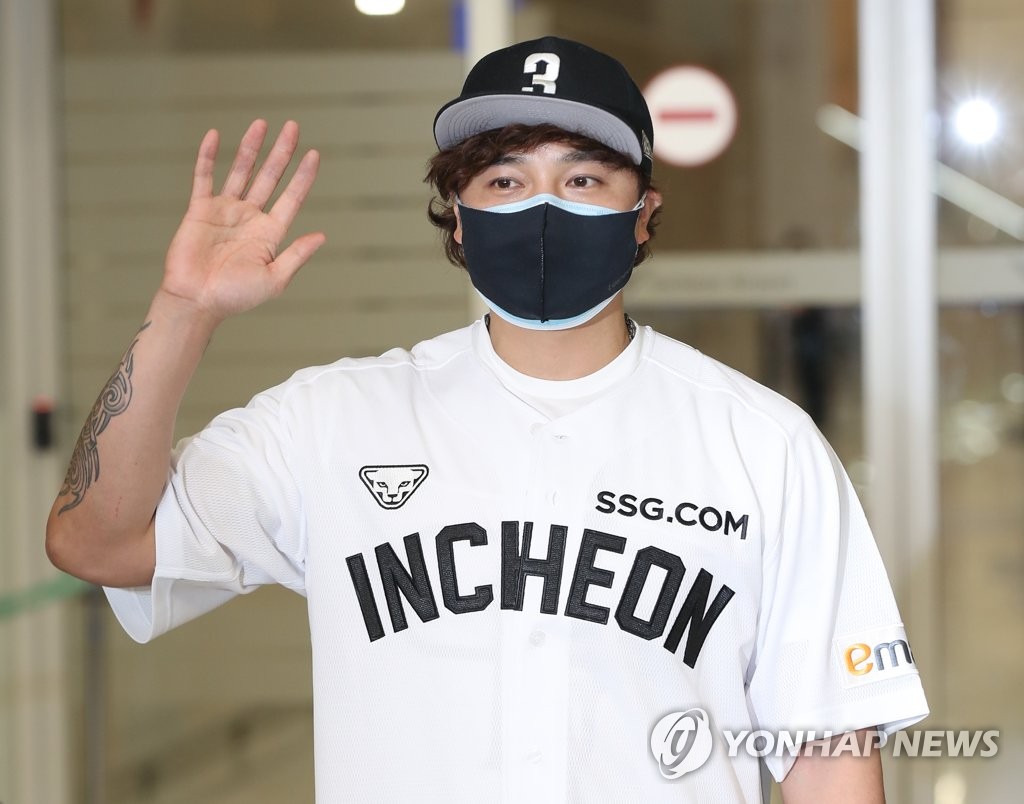 "I have no preference whatsoever, in terms of my spot in the lineup or in the field," Choo told reporters at Incheon International Airport in Incheon, just west of Seoul. "It's really up to manager Kim Won-hyong. My job is to prepare myself the best I can for games. I won't get caught up in a specific place in the batting order just because I played in the majors."

Choo was a solid leadoff hitter during his Major League Baseball (MLB) days, thanks to his on-base skills and speed. Choo also flashed enough power to post seven 20-homer seasons, including a career-high 24 in 2019 for the Rangers. In the outfield, Choo mostly patrolled right field and was a Gold Glove finalist in that position in 2012 for the Cleveland Indians.

Choo will bring instant credibility to a franchise going in a new direction. The team's CEO, Min Kyung-sam, and its general manager, Ryu Sun-kyu, greeted Choo in person at the airport, and presented him with the temporary jersey bearing logos of the new corporate owner. Ryu said the team brass wanted Choo to be the first player to see the temporary uniform -- which the rest of the team will wear before the new club name and uniform are finalized in late March -- because he's the first acquisition by the club since the ownership change. 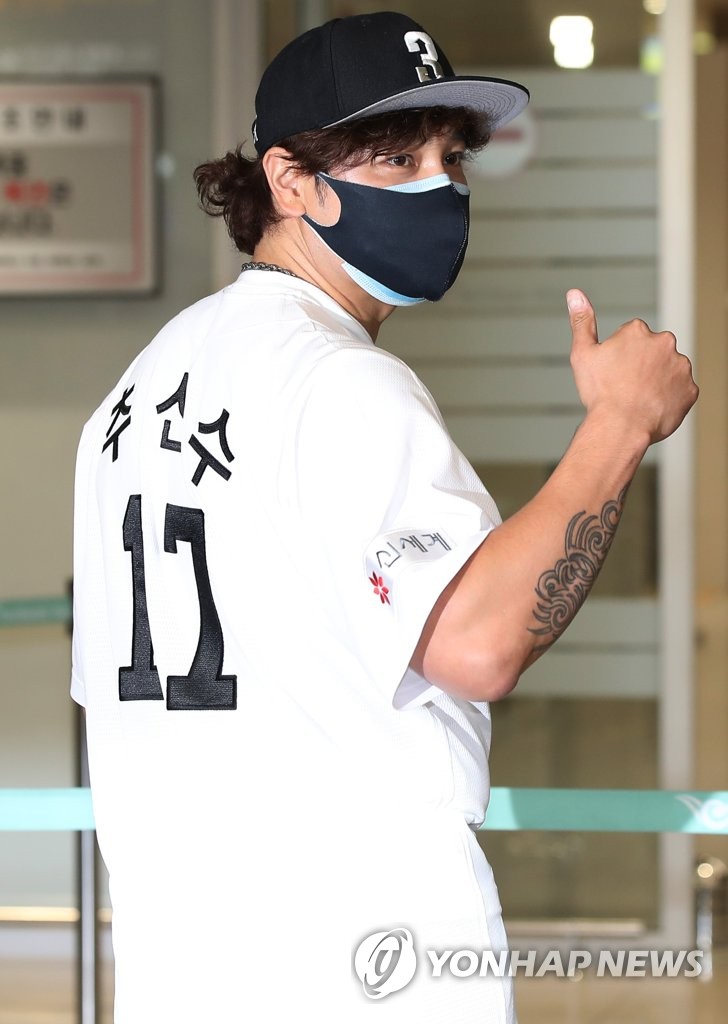 Expectations are admittedly high for one of the most successful Asian-born hitters in MLB history, but Choo himself said it hadn't quite hit him that he was about to play in the KBO.

"Around this time of the year, I was supposed to be in Arizona for spring training," Choo said, in reference to the Rangers' spring home in Surprise, Arizona. "I think this will all hit me once I join my team (after the mandatory 14-day quarantine). But I am not nervous at all. This is all very exciting."

The Wyverns owned rights to Choo after picking him in a special, one-off draft held in 2007 for Korean players in foreign leagues. Hailing from the southeastern city of Busan, Choo previously spoke about his desire to play for his hometown KBO club, Lotte Giants. One of his uncles, Park Jung-tae, was an All-Star second baseman for the Giants in the early 1990s.

Under the rules of that draft, Choo cannot be traded during his first season with the new club, and Ryu, the general manager, said Tuesday that he has no intention of ever dealing Choo away.

Incidentally, Choo's team will face the Giants to start the 2021 season on April 3. Choo downplayed the significance of launching his KBO career against his favorite childhood team.

"I don't have any special feelings about facing Lotte," Choo said. "They're no different all the other opposing teams that I have to face. I started playing baseball after watching Lotte play but that's in the past. I am now a member of the Shinsegae team and that's where my focus is on right now."

Choo moved to the U.S. in 2000, when he signed with the Seattle Mariners out of high school. More than two decades later, he'll finally get to play pro ball in his home country.

"It's been a long time coming, and I'll play with love and passion for the game of baseball," Choo said. "I can't wait to take the field." 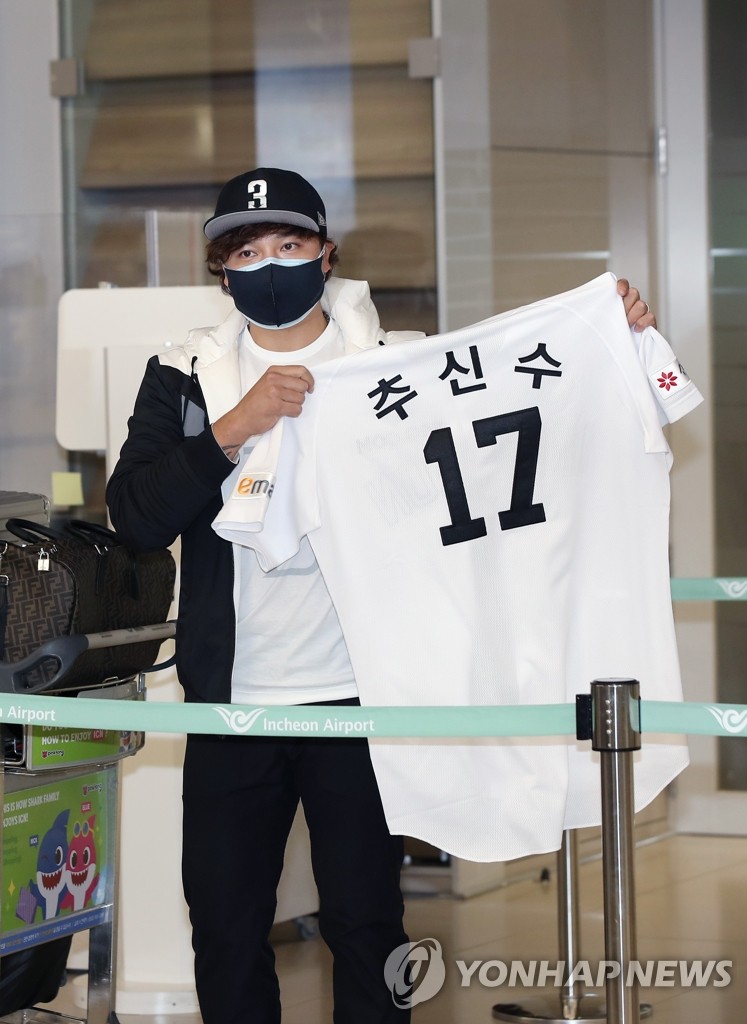 'Just put me in, skip': Choo Shin-soo cares not where he plays for new KBO club

'Just put me in, skip': Choo Shin-soo cares not where he plays for new KBO club