Jung Kwang-sun, heading the KF-X program at the Defense Acquisition Program Administration, said the planned rollout event will be a "landmark moment" for the country and the aerospace industry.

"After working only with the blueprint so far, we will now have something we can actually see and test whether what we have been studying actually works," Jung told reporters at the Korea Aerospace Industries (KAI) headquarters in the southern city of Sacheon on Wednesday.

South Korea has been working on the next-generation fighter development project since late 2015 to replace the Air Force's aging fleet of F-4 and F-5 jets.

Leading the 8.8 trillion-won (US$7.9 billion) project is KAI, the country's sole aircraft manufacturer. 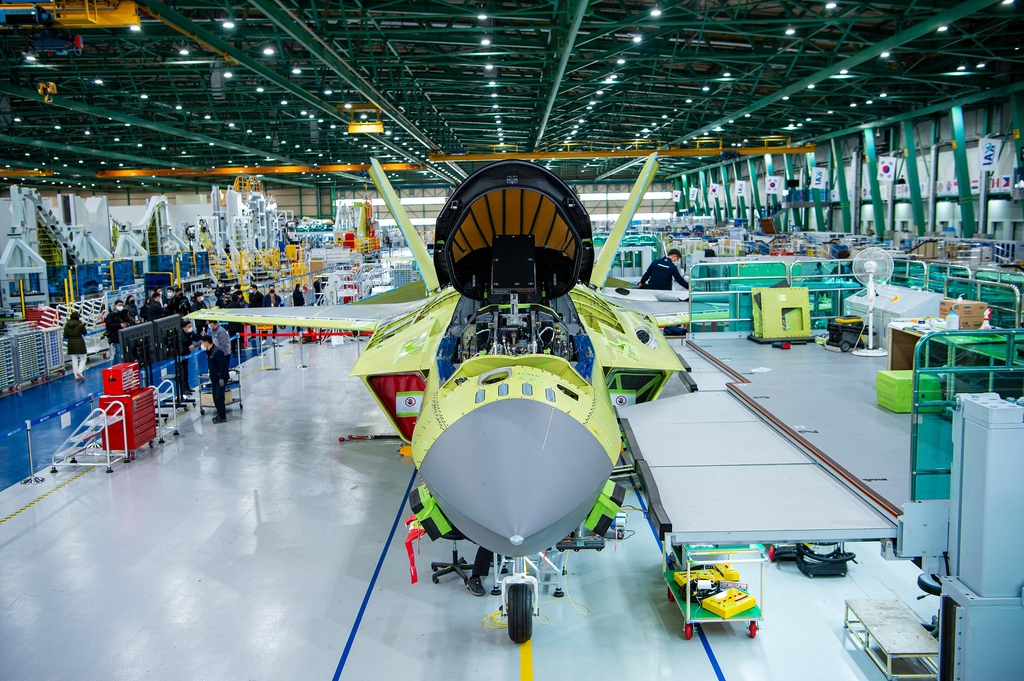 At its Sacheon plant, engineers were busy giving the final touches to assemble the trial model.

Currently in a yellow-green color, the prototype jet -- similar to stealth aircraft in design -- will be painted in dark gray prior to its showcase event.

The company plans to complete the construction of three prototypes by the end of the year and wrap up assembling another three by the first half of next year. The first flight test is scheduled for 2022, with the entire development set to be completed by 2026.

Separately, two additional copies will be made for ground tests to examine the jet's durability, officials said.

All of the trial jets were designed slightly differently to conduct various tests before its official release. Some are single seated, while others are for tandem.

"As we have the platform, we do obviously have derivative models in mind," Jung said, adding that such conversion will have to be preceded by the military's requirement. "We will not leave this platform unused."

"Our assessment before launching this project was that we could export some 300 to 500 jets abroad considering countries that are planning to replace their aging warplanes," Jung said. 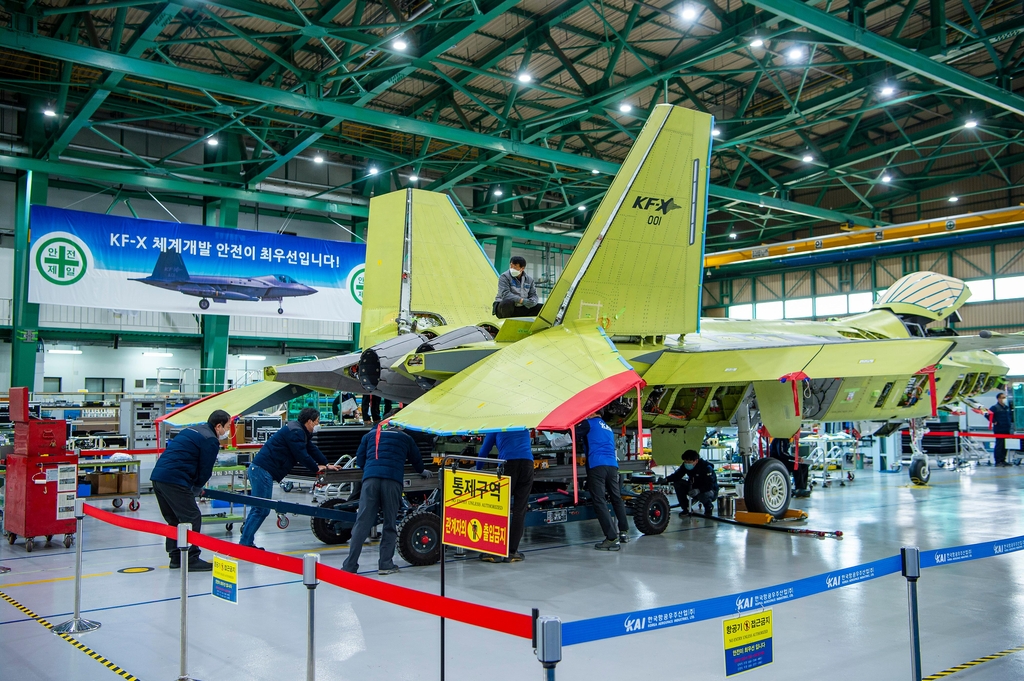 Amid speculation that Indonesia, a partner for the project, is seeking to quit the business, Jung said talks are under way to find a middle ground that mutually benefits the two countries.

The Southeast Asian country promised to shoulder 20 percent of the total development cost, but it has stopped making payments after investing 227.2 billion won with around 600 billion won overdue.

"This joint development program is a matter of trust and cooperation between two countries," the director general said, stressing that Indonesia has been the leading importer of South Korea's defense products.

Officials declined to comment on the jet's target price. It will be decided based on the market situation by the time the aircraft enters the stage of mass production, they said.

Halfway through the development, over 11,800 people have joined forces for the project with 2,500 new jobs created in 2020 alone, according to the arms procurement agency.

"We had difficulties in the face of the COVID-19 situation, but we managed to overcome the crisis," KAI CEO Ahn Hyun-ho said. "I hope we can complete the project as planned so it can become a pillar of our self-reliant national defense."