Along with affiliates under the broader SK Group, such as SK hynix Inc., the telecom operator late last year joined the RE100 campaign, a global initiative for businesses to use 100 percent renewable electricity by 2050. 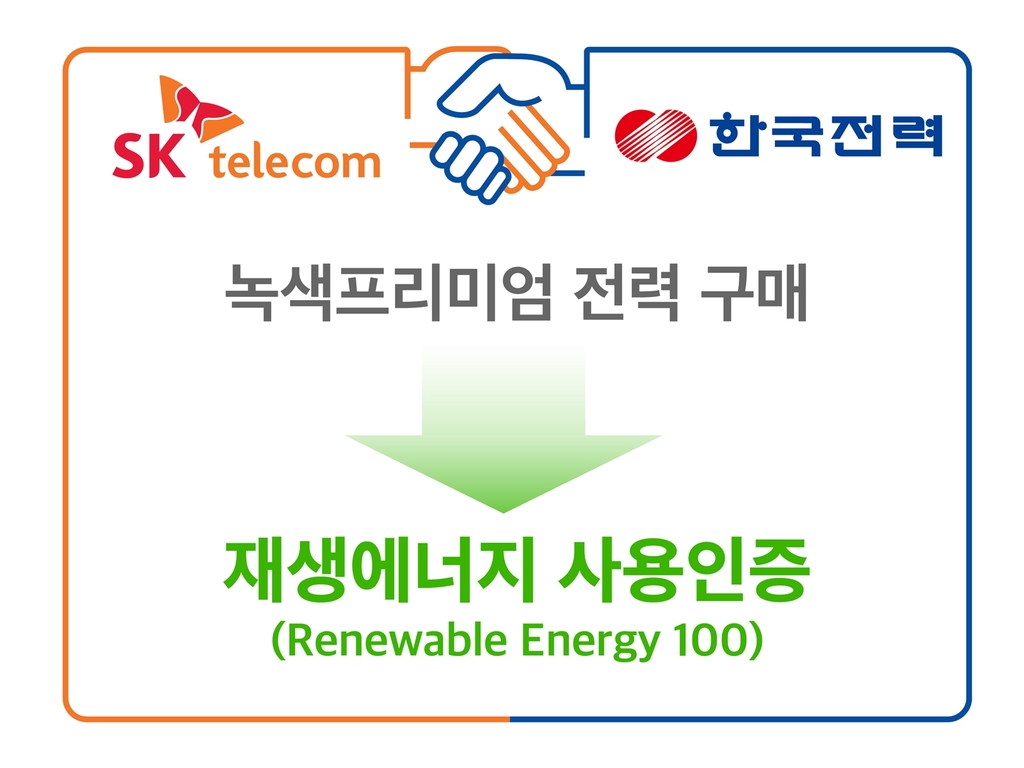 The mobile carrier said it will use the energy from solar and wind power sources at its telecommunication infrastructure centers in eastern Seoul and Seongnam, south of Seoul, and plans to gradually expand its use to other locations.

SK Telecom added that it will expand use of its artificial intelligence-based data traffic management system for base stations to optimize power consumption.

LG Uplus said it will establish a cloud-based energy management system at an industrial complex in southwestern Incheon, a port city of west of Seoul, allowing companies inside the complex to track and analyze their energy data without infrastructure of their own.

The system allows for efficient energy management and is expected to reduce costs and help cut down on greenhouse gas emissions, according to LG Uplus.

South Korea plans to install such smart energy management systems in seven industrial complexes across the country by the end of next year.

The move comes as the country plans to achieve carbon neutrality by 2050 in line with similar goals set out by other countries.

The country currently relies heavily on fossil fuels, and its backbone industries -- manufacturers, steelmakers and the petrochemical segment -- are traditionally high carbon emitters.