SEOUL, Feb. 27 (Yonhap) -- A group of 300 medical workers treating novel coronavirus patients started receiving the first batch of the vaccine developed by U.S. pharmaceutical giant Pfizer Inc. in South Korea on Saturday, one day after the country kicked off a free vaccination campaign.

Doctors, nurses and other health professionals treating COVID-19 patients in the greater Seoul area were administered with their first shots of Pfizer's two-dose vaccine regimen at a state-run vaccination facility in central Seoul. 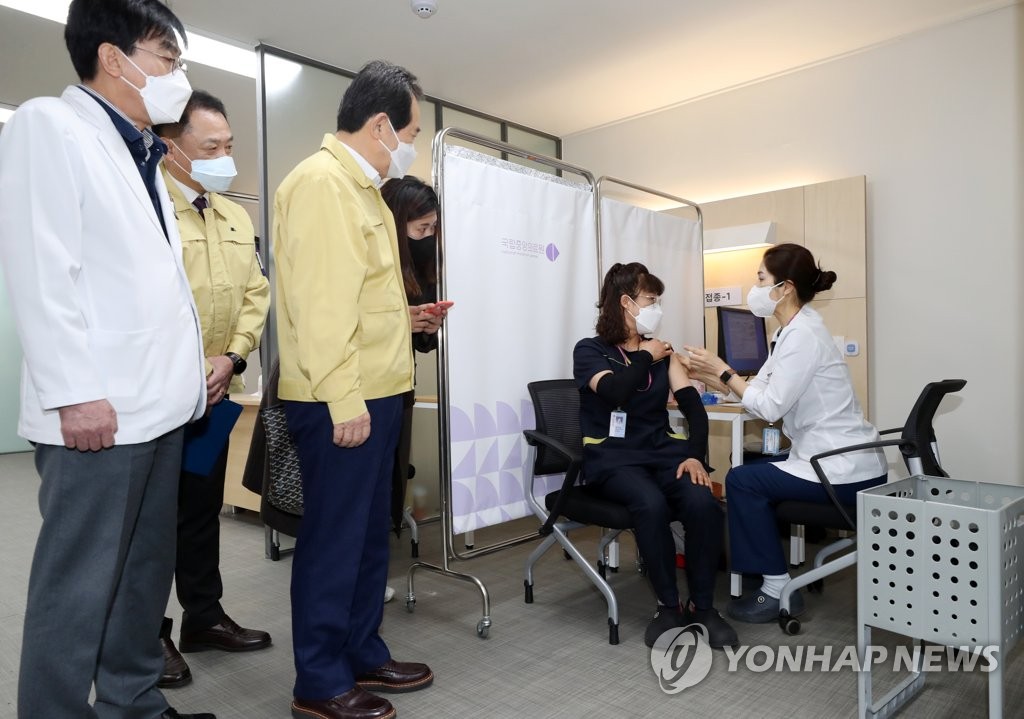 A total of 55,000 medical workers at hospitals for virus patients will receive Pfizer vaccines, which are part of the World Health Organization's global vaccine COVAX Facility project.

Pfizer shots will first be administered at five state-run vaccination facilities in the wider Seoul area as the products require ultra-cold conditions. The authorities plan to build 120 such facilities at general hospitals, gymnasiums and other kinds of government sites.

South Korea said it has succeeded in vaccinating one more recipient per bottle of Pfizer's vaccine that contains six doses.

The breakthrough was made possible by utilizing "low dead space" syringes designed to minimize wasted vaccine doses by reducing space between the needle and the plunger when fully pushed in.

The Korea Disease Control and Prevention Agency also announced it will increase the number of jabs that can be provided per bottle of AstraZeneca vaccine from the current limit of 10 to 11 or 12 through the same method.

The agency said it is the first time in the world that the number of recipients has been increased beyond the recommended level, adding it has notified local vaccination centers of the new guideline.

It said the country hopes to expand the number of recipients through the method. 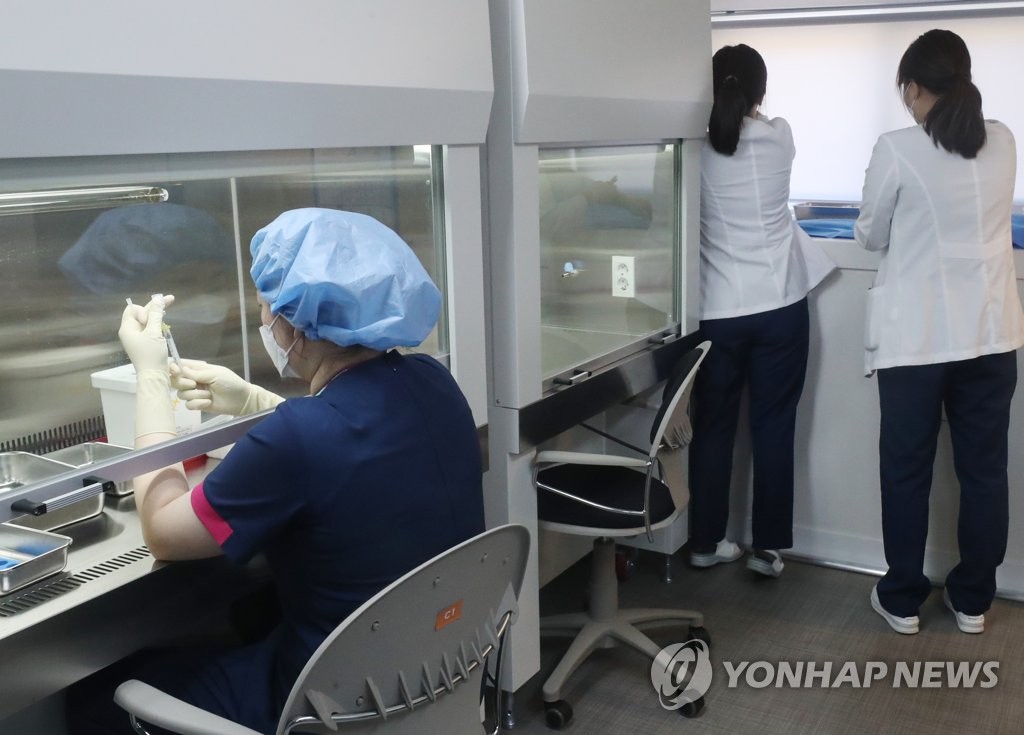 Earlier, the U.S. Food and Drug Administration said it will allow the Pfizer vaccine to be transported and stored for up to two weeks at conventional freezer temperatures instead of the ultra-cold conditions.

Seoul's drug authorities, however, said they have not yet reviewed whether to allow storing the Pfizer vaccine at higher temperatures, citing that further data is needed for the review.

Another 10 million doses of Pfizer products under a direct contract between the pharmaceutical firm and the Seoul government are expected to arrive here in the third quarter. 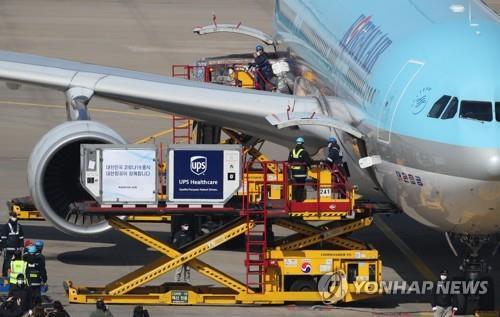