WASHINGTON, Feb. 26 (Yonhap) -- Diplomacy will be at the center of engagement with North Korea but the North's continued development of weapons of mass destruction does pose a threat to the United States and its allies, a spokesman for the U.S. Defense Department said Friday.

John Kirby also said the U.S. will continue to maintain and develop its joint defense posture with its South Korean allies.

"The president has been very clear that he wants diplomats in the lead and we are supportive of that here at the Defense Department," the spokesman told a press briefing.

"But North Korea's continued development of ballistic missiles and weapons of mass destruction represents a threat to U.S. interest and security of our allies and partners," he added. 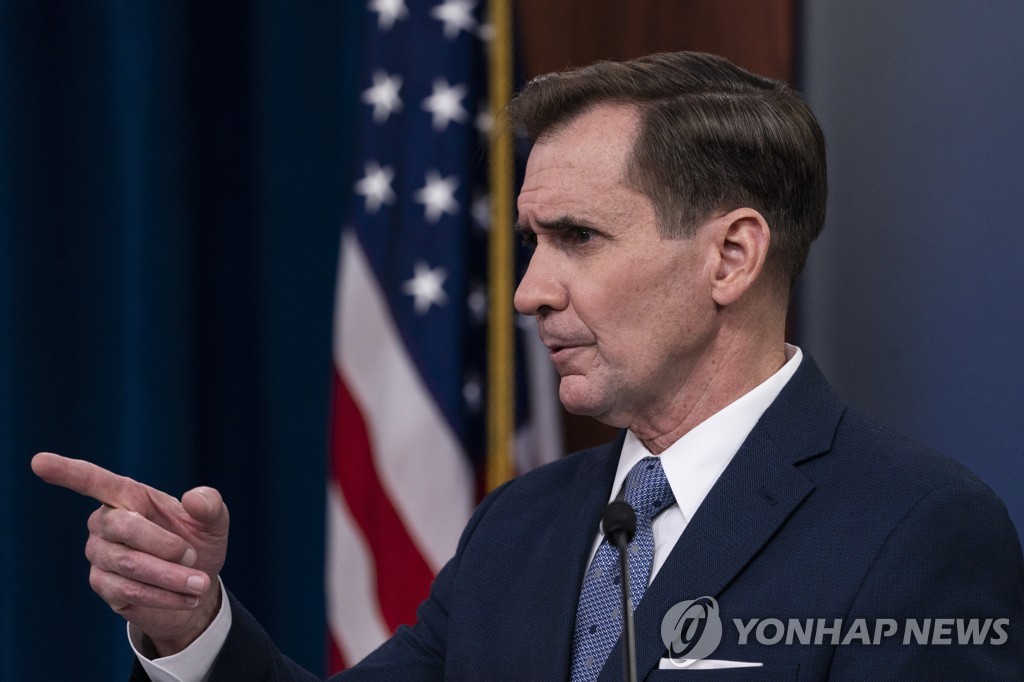 The Biden administration has been undertaking a review of its "entire" North Korea policy that it says will lead to a new approach toward the North.

Kirby said the Defense Department will fully support the anticipated "new approach," adding, "We will have a voice in that and we will take that very seriously."

His remarks come amid concerns that the U.S. and South Korea may again reduce or even postpone their scheduled joint military exercise, currently set to be held next month.

Seoul's top national security adviser, Suh Hoon, has insisted that the military drill cannot but be reduced in size and scale due to the COVID-19 pandemic, also noting the simulated command post training will not involve any actual troops or equipment on the field.

The regular "springtime" exercise was indefinitely postponed last year, while the allies also had to scale back their summertime exercise due to the pandemic.

Still, many believe the North's recent objections may have had an impact on Seoul's stance.

In a recently concluded major party meeting, North Korean leader Kim Jong-un said his country will link inter-Korean dialogue and reconciliation to the joint military drills, arguing military exercises by the U.S. and the South represent their hostility toward Pyongyang.

South Korean President Moon Jae-in earlier said his country may consult with Pyongyang about the military drills in advance if necessary.

"In the near time, we are going to work in close coordination with our allies and partners to seek to deter negative behavior from North Korea," Kirby said.

"That also means that working closely with our South Korean allies on making sure that our two military have the capabilities and the readiness to defend our interests on the peninsula," he added.