The country reported 415 more virus cases, including 405 local infections, raising the total caseload to 89,321, according to the Korea Disease Control and Prevention Agency (KDCA).

Saturday's daily caseload marks a rise from 406 tallied the previous day. The figure reached a weekly low of 332 on Monday, before gradually increasing throughout the week with some ups and downs amid the nationwide cluster infections. 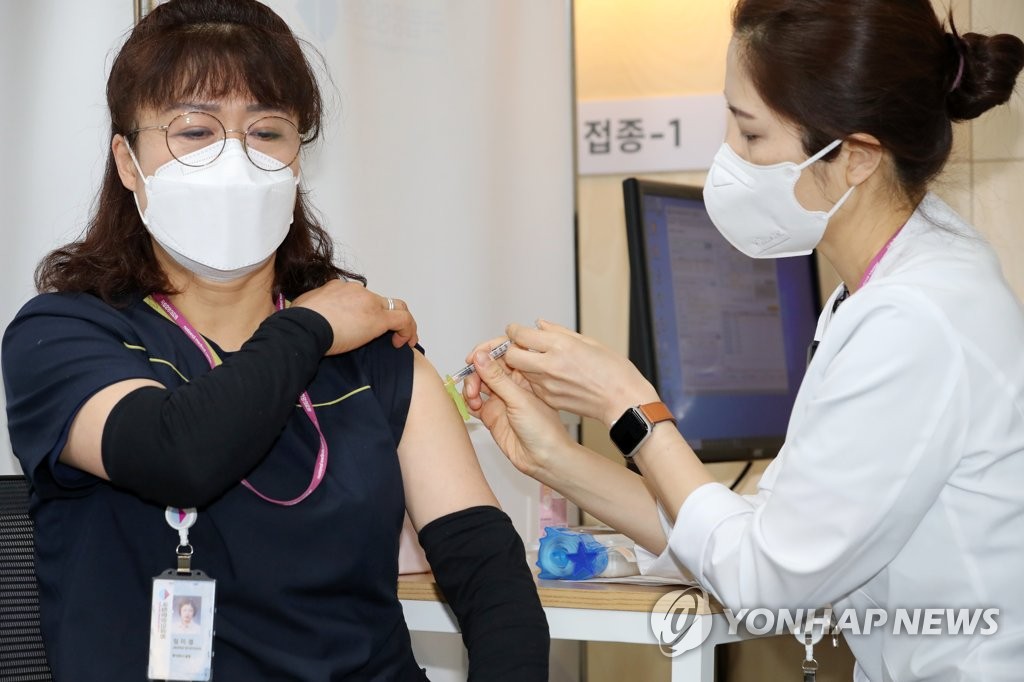 Medical workers at hospitals for virus patients started receiving the Pfizer vaccine Saturday as well. They are the first batch of vaccines acquired through the World Health Organization's global vaccine COVAX Facility project.

The country, meanwhile, decided to keep the current level of social distancing for another two weeks through March 14. The guideline was originally planned to run through Sunday.

The capital area, home to around half of the nation's 52-million population, is currently under Level 2 distancing, which is the third highest in the five-tier virus curbs. Restaurants and bars in the capital area are allowed to remain open for an hour longer until 10 p.m.

Next week, a draft of a new social distancing system will be unveiled. The government will receive public opinions on the plan before finalizing it. 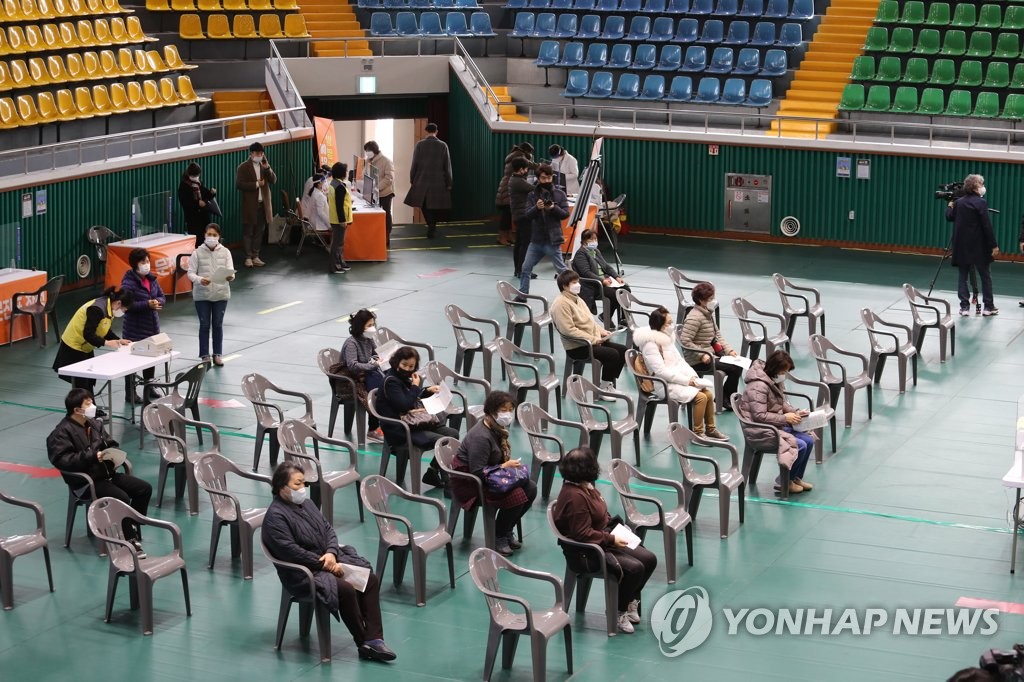 Of the 405 locally transmitted cases, 130 cases were reported in Seoul and 166 in the surrounding Gyeonggi Province. Incheon, 40 kilometers west of the capital city, added 27 more cases.

There were 10 more cases from overseas, raising the caseload to 7,024.

The United States accounted for three cases, followed by Indonesia with two.

The number of seriously or critically ill COVID-19 patients came to 142, down two from the previous day.

The total number of people released from quarantine after making full recoveries was 80,333, up 453 from a day earlier. This indicates nearly 90 percent of COVID-19 patients reported here have been cured.

The KCDA added 18,489 people across the country got their first shots of the two-dose AstraZeneca vaccine as of Friday. 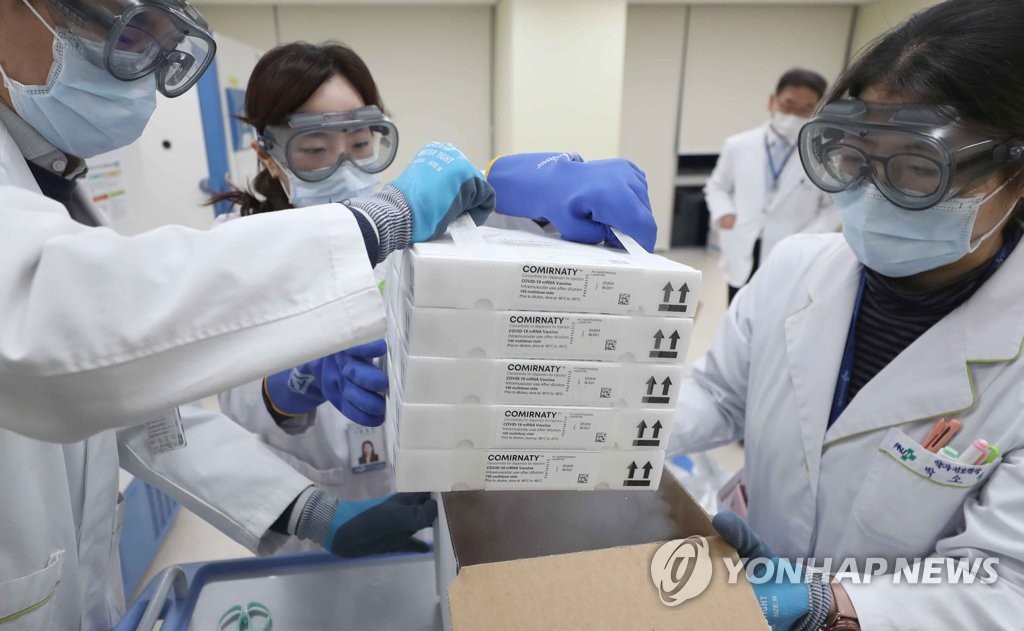