One day after the start of the nation's public vaccination program, the Korea Disease Control and Prevention Agency (KDCA) said a special model of locally produced syringes has paved the way for increasing the number of vaccine recipients by one to two per vaccine bottle.

The breakthrough was made possible by the so-called low dead space (LDS) syringes designed to minimize wasted vaccine doses by reducing space between the needle and the plunger.

It was previously estimated that a bottle of AstraZeneca's vaccine was enough to provide jabs to 10 people, while that of Pfizer came to six.

When using the LDS syringes, however, the KDCA believes a bottle of AstraZeneca's vaccine can provide jabs for up to 12 people, while that of Pfizer's can increase up to seven. 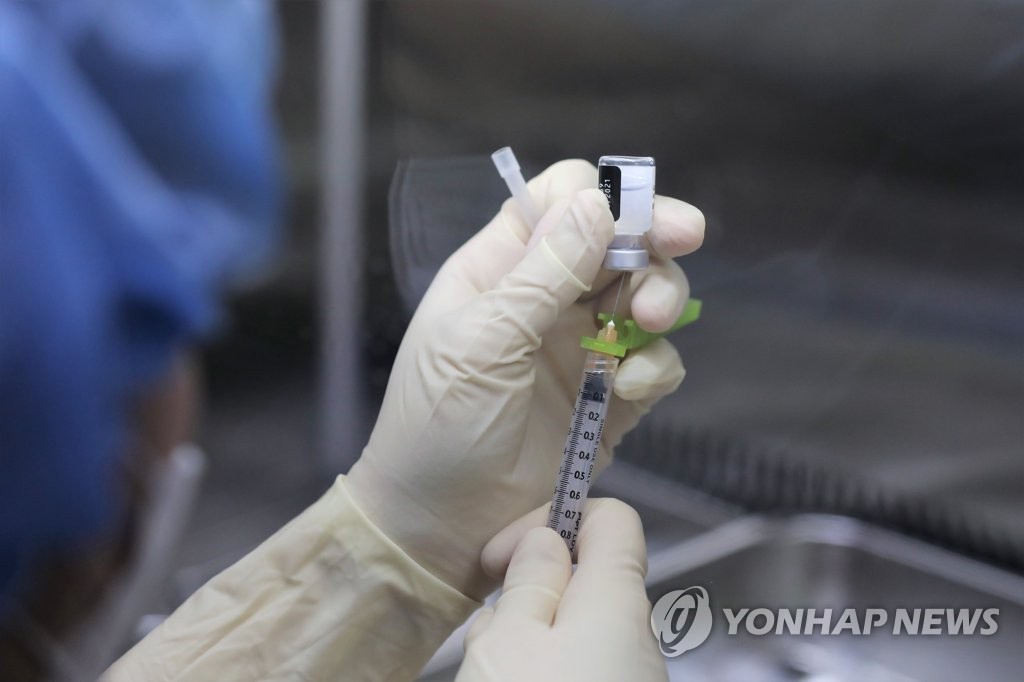 "The previous estimate was based on ordinary types of syringes. Thus, the number of recipients can increase when we apply the LDS model," an official from the Central Disease Control Headquarters said

Authorities, however, said the actual number of additional recipients can still vary depending on the skills of each medical staff member.

"Although the new progress can only add a few thousands jabs for now, the figure is expected to expand significantly down the road when more Pfizer vaccines are supplied here," said Chun Eun-mi, a professor at the Ewha Womans University Medical Center.

South Korea has secured enough vaccines to inoculate 79 million people, which is much higher than the nation's population of 52 million.

Of the volume, jabs produced by AstraZeneca account for 10 million, while those from Pfizer came to 13 million.