The latest case of the deadly H5N8 strain of avian influenza was reported from an egg farm in Pocheon, 46 kilometers north of Seoul, according to the Ministry of Agriculture, Food and Rural Affairs.

Authorities have culled 28.8 million poultry so far. The country has been culling birds within a 1-kilometer radius of infected farms since mid-February, which was eased from the previous guideline of 3 kilometers.

The culling of birds has led to an increase in the consumer price of poultry goods.

The average price of eggs shot up 47.9 percent on-year over the past week, while that of chicken meat also rose 14.5 percent over the period. 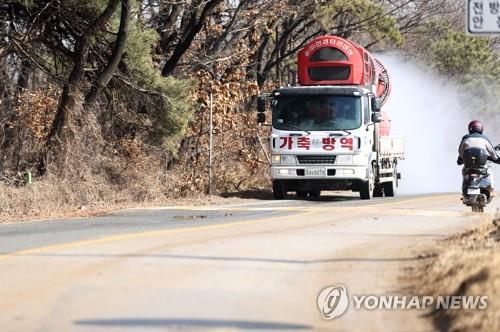