SEOUL, March 1 (Yonhap) -- President Moon Jae-in stated Monday that South Korea is ready to talk with Japan anytime for stronger cooperation, separate from longstanding disputes over shared history, as it would also be helpful to the trilateral partnership with the United States.

"The South Korean government is always ready to sit down and have talks with the Japanese government. I am confident that if we put our heads together in the spirit of trying to understand each other's perspectives, we will also be able to wisely resolve issues of the past," he said during his televised speech on the March 1 Independence Movement Day. 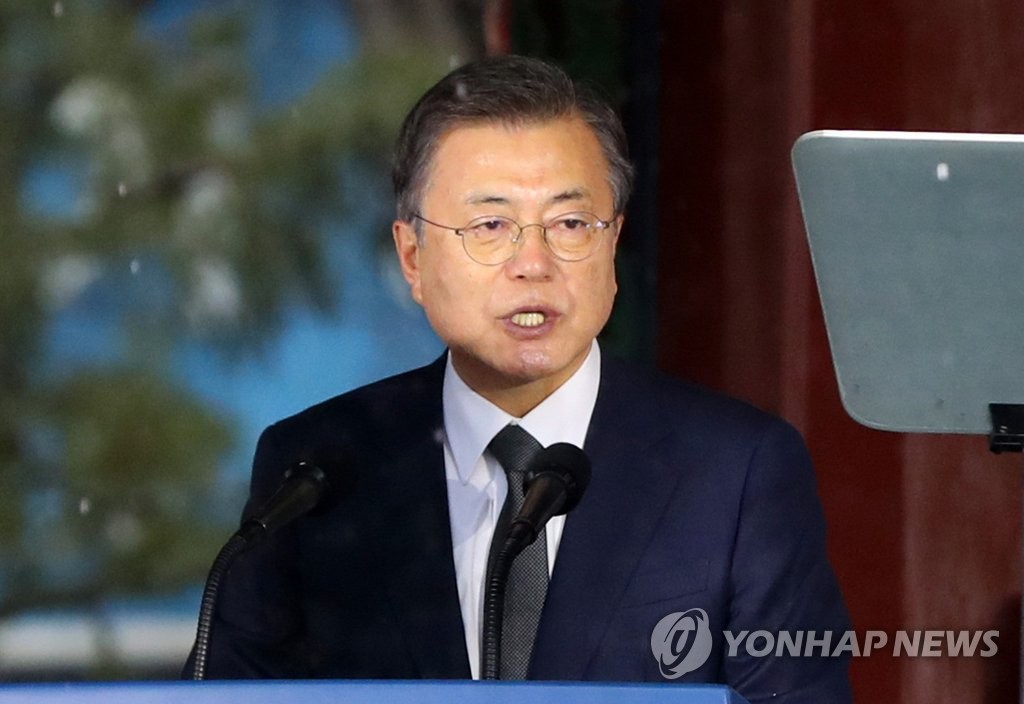 He was referring to their diplomatic stand-offs, which have deepened in recent years, over Japan's wartime atrocities, including forced labor and sexual enslavement of Korean women.

Moon reaffirmed Seoul's commitment to seek a resolution based on a "victim-centered approach and do "everything possible to restore the honor and dignity of victims."

"However, efforts for South Korea-Japan cooperation and forward-looking development will not stop either," he added during the ceremony to commemorate the 102nd anniversary of the 1919 public uprising here against Japan's colonial rule. This year's ceremony was held at Tapgol Park in Seoul. As the first modern park built in the capital, it is known as the birthplace of the historic movement, where the Proclamation of Independence was read out.

Seoul-Tokyo cooperation will not only benefit other countries but also facilitate stability and common prosperity in Northeast Asia and the trilateral partnerships involving the U.S., he said.

The overtures came as the Joe Biden administration is openly calling for close three-way security ties.

Moon called on Seoul and Tokyo to draw a line between the history-linked row and efforts for future-oriented relations especially in preparation for the post-coronavirus era.

"The only obstacle we have to overcome is that, sometimes, issues of the past cannot be separated from those of the future but are intermingled with each other," he said. "This has impeded forward-looking development. We should learn a lesson by squarely facing the past." 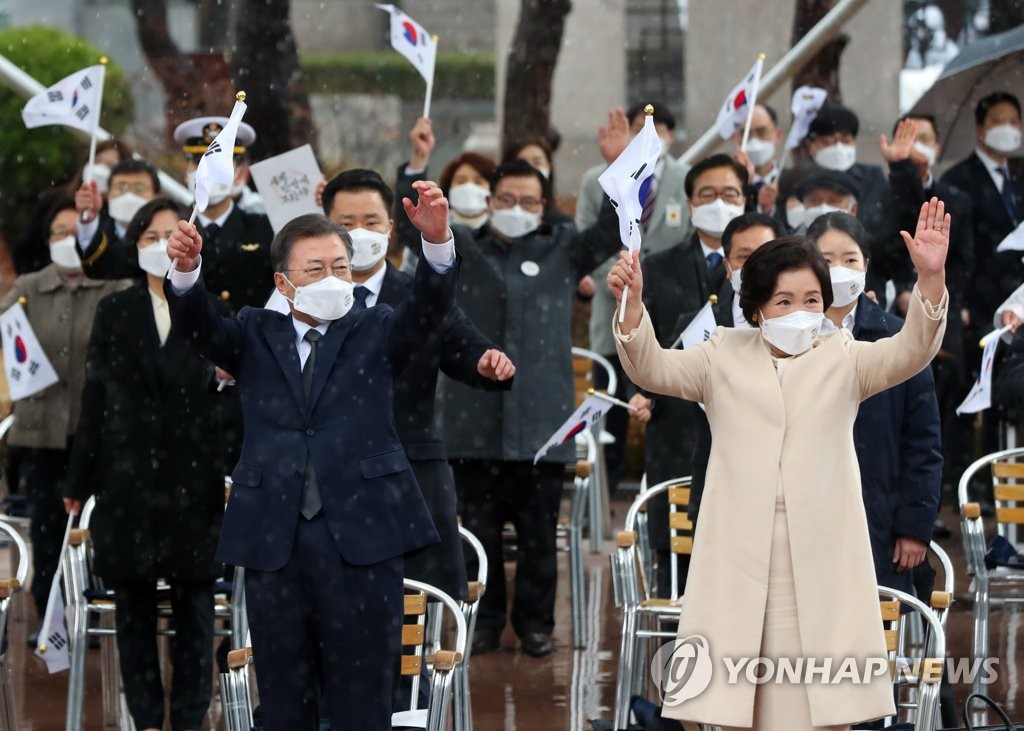 Moon also vowed continued efforts for the denuclearization of Korea and lasting peace under the three-point principles: zero tolerance for war, a mutual security guarantee and co-prosperity.

He expressed hope that North Korea will begin cooperation with other countries with the participation in the "Northeast Asia Cooperation Initiative for Infectious Disease Control and Public Health" that was already joined by the U.S., China, Russia and Mongolia.

"This will become a driving force to create a breakthrough for mutual benefit and peace on the Korean Peninsula and in East Asia. " he said.

The president said South Korea will cooperate for the success of the Tokyo Olympics, scheduled to take place later this year, pointing out that it could offer a chance for dialogue among the two Koreas, the U.S. and Japan.

On the coronavirus crisis, meanwhile, he requested that the people here, including medical workers, demonstrate the power of sacrifice and national unity with the sprit shown in the March 1 Independence Movement.

The spirit was "always invoked when surmounting national crises and still lives vibrantly deep in the hearts of our people who are adhering to social distancing and making it a rule to wear masks every morning for the sake of their neighbors," he said.

"The same is true for vaccinations," he said, urging the public to actively cooperate with the ongoing vaccinations and be wary of "fake news that stokes distrust."