In a ceremony held virtually, "Minari" won the best motion picture in foreign language, beating "Another Round" from Denmark, "La Llorona" from Guatemala, "The Life Ahead" from Italy and "Two of Us" from the France.

It is the second year in a row that a Korean-language film won the category of the accolades given by the Hollywood Foreign Press Association (HFPA), following Bong Joon-ho's Oscar-winning "Parasite" last year.

Director Lee Isaac Chung thanked his team for the honor, saying that "Minari" is about a family "trying to learn how to speak a language of its own."

"It goes deeper than any American language and any foreign language. It's a language of the heart, and I'm trying to learn it myself and pass it on," he said in a video interview after winning the award. "I hope to learn how to speak this language of love to each other, especially this year." 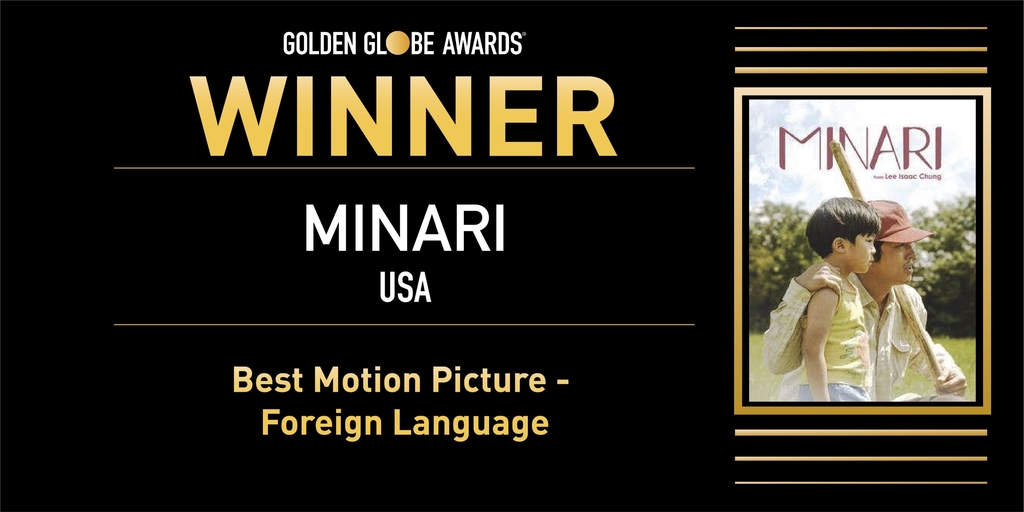 "Minari," written and directed by Korean-American director, tells the story of a Korean immigrant family that moves to Arkansas in the 1980s and sets up a farm to pursue its own American dream.

Since its debut at the Sundance film festival last year, Chung's semi-autobiographical film has gained steam as an award contender in the runup to the Academy Awards slated for April.

It has earned a number of titles and nominations from U.S. film awards over the past year, including prizes for best ensemble, best actor and best supporting actress from the Screen Actors Guild awards.

At the same time, "Minari" has been at the center of a controversy in the U.S., as HFPA has put it in the best foreign-language film category, not in best picture, citing that its dialogue is mostly in Korean.

Many Korean-Americans and others with Asian origins in the U.S. entertainment circle have complained about the decision, saying that "Minari" is about an American family made by a U.S. director and production company. 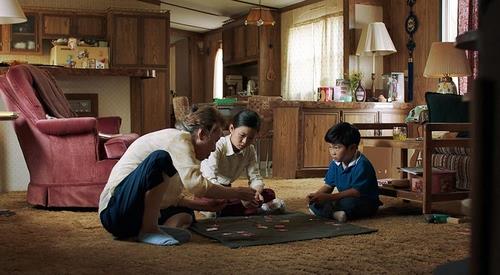