He won a primary with Keum Tae-sup, a former lawmaker who left the ruling Democratic Party (DP), the outcome of which was decided by a public opinion poll.

The two had two rounds of formal debates ahead of the two-day survey last week on their competitiveness against potential DP candidates. Details of the poll results were withheld in accordance with the National Election Commission's guidelines. 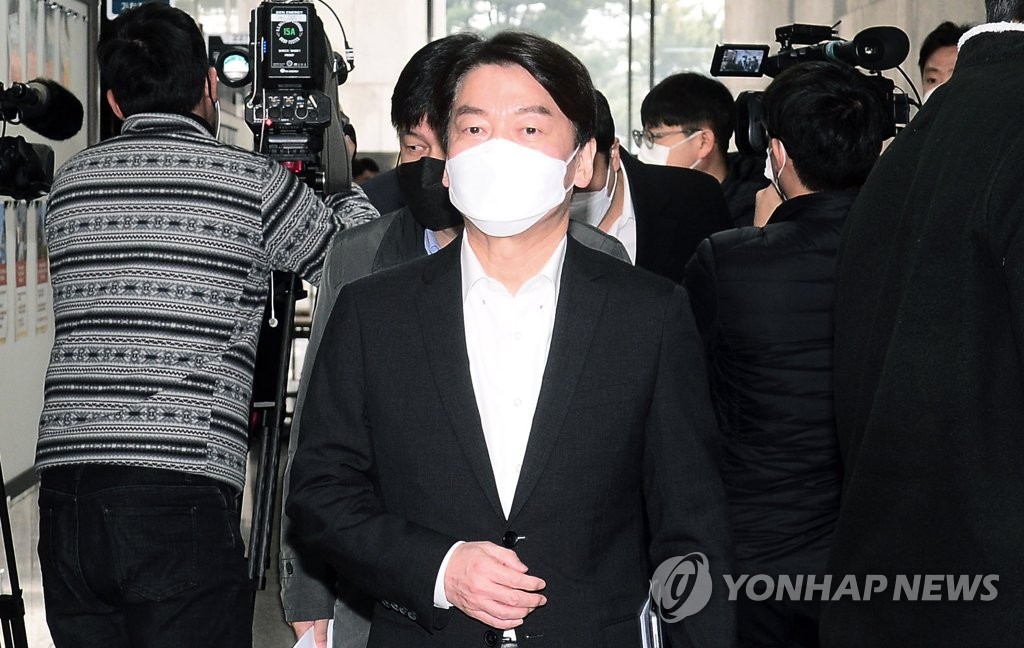 The triumph of Ahn, who was a well-known venture startup entrepreneur and a presidential election candidate, was widely expected.

But he faces a far more daunting task of competing with the winner of the main opposition People Power Party's own primary.

Both Ahn and the PPP agree on the need for a unified candidate to raise the chance of winning the mayoralty. Nonetheless, a thorny road lies ahead over how to choose a single candidate.

"Once a candidate of the PPP is elected, I will meet (him or her) immediately," Ahn wrote on his social media account shortly after the announcement of his victory over Keum.

He stressed the importance of a speedy process to select a "final candidate."