CHUNCHEON, South Korea, March 1 (Yonhap) -- Hundreds of cars were trapped on some parts of a highway along the east coast Monday as heavy snowfall caused a traffic gridlock, the road authority said.

Gangwon Province received about 10 centimeters of snowfall earlier in the day, which caused many cars returning from a three-day holiday to be stuck on the snow-covered Donghae Expressway, according to Korea Expressway Corp. (KEC)'s regional office.

Hundreds of cars were trapped in a 2-kilometer course between intersections of Sokcho and Yangyang, located about 200 km east of Seoul, as of late Monday, the KEC said, without elaborating on the exact figure.

Entry to heavily congested areas on the highway as well as uphill passes has been banned since Monday afternoon, the KEC said. 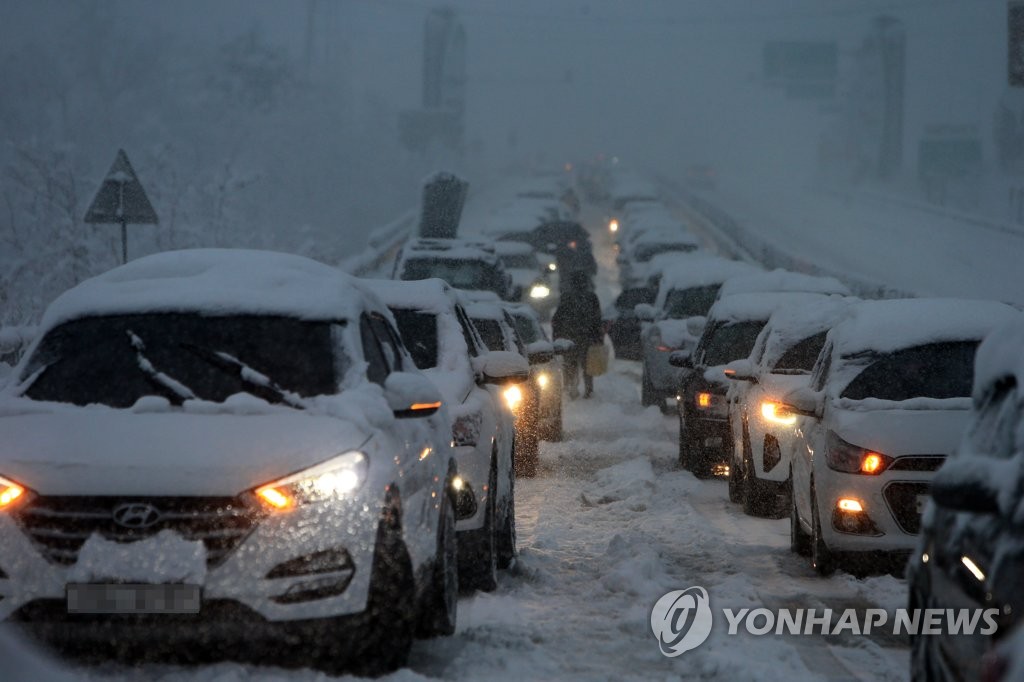 Several accidents occurred as many cars were not ready for heavy snow, which came in a relatively short period of time, officials said.

A total of 460 traffic accidents had been reported until 5 p.m., and 47 people were sent to hospitals, Gangwon Fire Headquarters said.

Road authorities expected the heavy traffic jam to continue, as 10-40 cm of snowfall is forecast in the eastern Gangwon Province by Tuesday afternoon.