SEOUL, March 2 (Yonhap) -- North Korea has been showing signs of operating a thermal plant used to provide heat to a nuclear fuel rod reprocessing facility, the chief of the U.N. nuclear watchdog said, an indication that Pyongyang could try to harvest plutonium for nuclear weapons.

As for the North's uranium enrichment activities, Grossi said there are no indications of production at the main Yongbyon facility, though he noted indications of activity at another nuclear site in Kangson on the outskirts of Pyongyang.

"There are recent indications of operation of the steam plant that serves the radiochemical laboratory," Grossi said according to a transcript posted on the IAEA website. 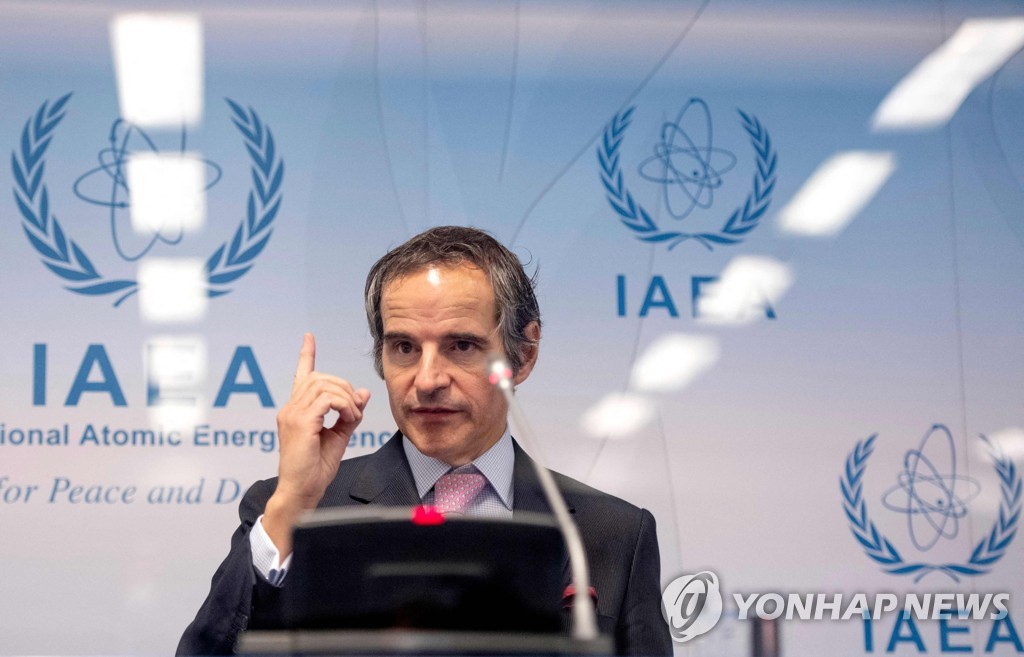 "The DPRK's nuclear activities remain a cause for serious concern. The continuation of the DPRK's nuclear program is a clear violation of relevant U.N. Security Council resolutions and is deeply regrettable," he added. DPRK stands for the North's official name, Democratic People's Republic of Korea.

His remarks spawned speculation that the North may be engaged in activities related to fissile material production, as the laboratory is known as a key reprocessing facility to yield plutonium. To build a nuclear bomb, around 6 kilograms of plutonium is required.

Despite the indications at the lab, the IAEA chief reported no indications of operations at the 5-megawatt nuclear reactor at the Yongbyon complex and of enriched uranium production at the reported centrifuge enrichment facility there.

Underscoring his agency's efforts to intensify readiness to play an essential role in verifying the North's nuclear program, Grossi urged Pyongyang to abide by U.N. Security Council resolutions against its weapons of mass destruction programs.

"I call upon the DPRK to comply fully with its obligations under Security Council resolutions, to cooperate promptly with the Agency in the full and effective implementation of its NPT Safeguards Agreement and to resolve all outstanding issues," he said, referring to the Nuclear Nonproliferation Treaty.