This marked the first time that a North Korean media outlet has mentioned J. Mark Ramseyer, Mitsubishi professor of Japanese Legal Studies at Harvard Law School, since he caused a stir by describing the former sex slaves as prostitutes under voluntary contracts.

"Ramseyer is a Harvard professor masquerading as an academic and he has gone beyond supporting Japanese reactionaries' shameless and ruthless acts to cover up their past wrongdoings and insulted and despised victims of sex slavery as voluntary prostitutes," DPRK Today said in an interview with an official at the North's historical research institute.

The website mentioned in detail Ramseyer's claim that Japan did not force sexual slavery upon women and that so-called comfort women made a lot of money by engaging in prostitution, saying that it is in line with an argument by some right-wing groups in Japan.

The website dismissed Ramseyer as nothing but a pro-Japanese scholar just bent on making money.

The website reported on growing criticism among academics and political communities in other countries, including South Korea and the United States.

North Korea has long demanded Japan's sincere apology and compensation for its colonial-era atrocities during its 1910-45 colonial rule of the Korean Peninsula. 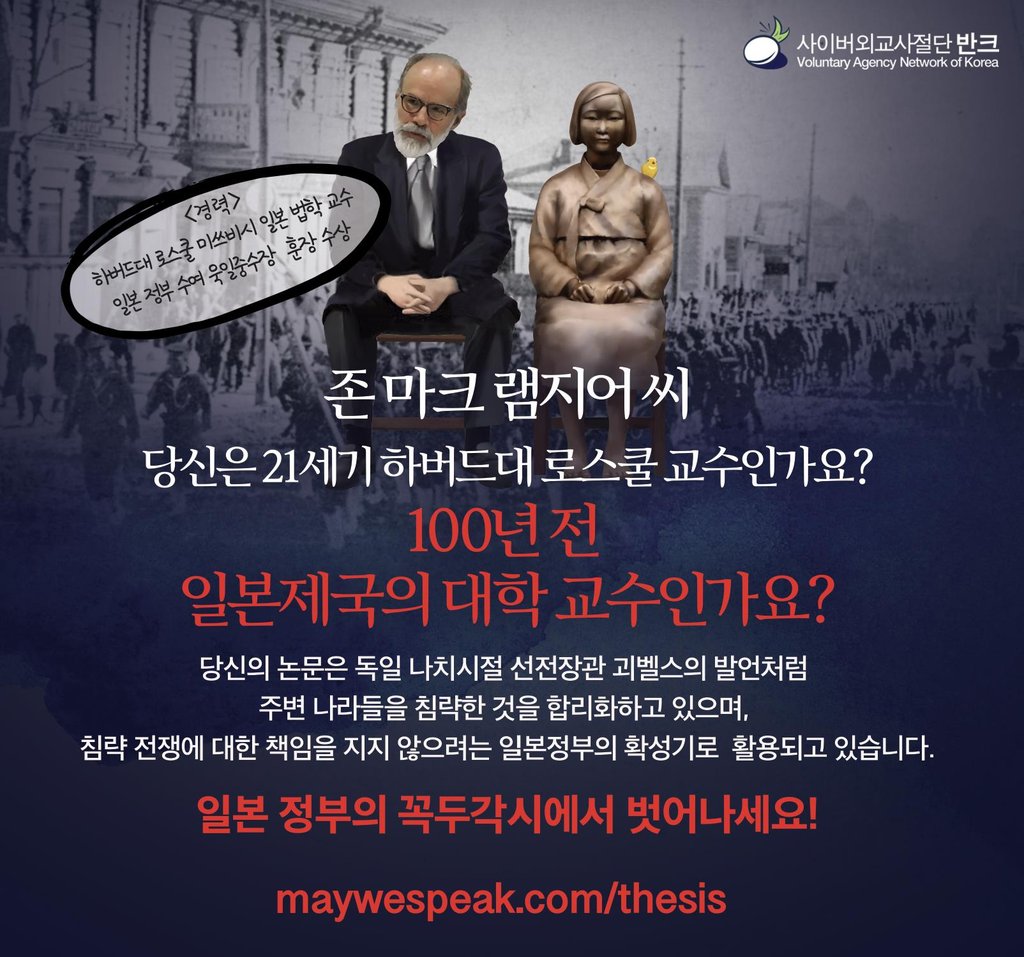