SEOUL, March 2 (Yonhap) -- One person was killed and 94 others were injured in traffic accidents caused by heavy snowfall in the country's northeast, authorities said Tuesday.

As of 6 a.m., 53 accidents were reported on snow-covered roads, according to the Central Disaster and Safety Countermeasures Headquarters (CDSCH), after Gangwon Province received 10-20 centimeters of snow inland and up to 77.6 cm in the mountains. 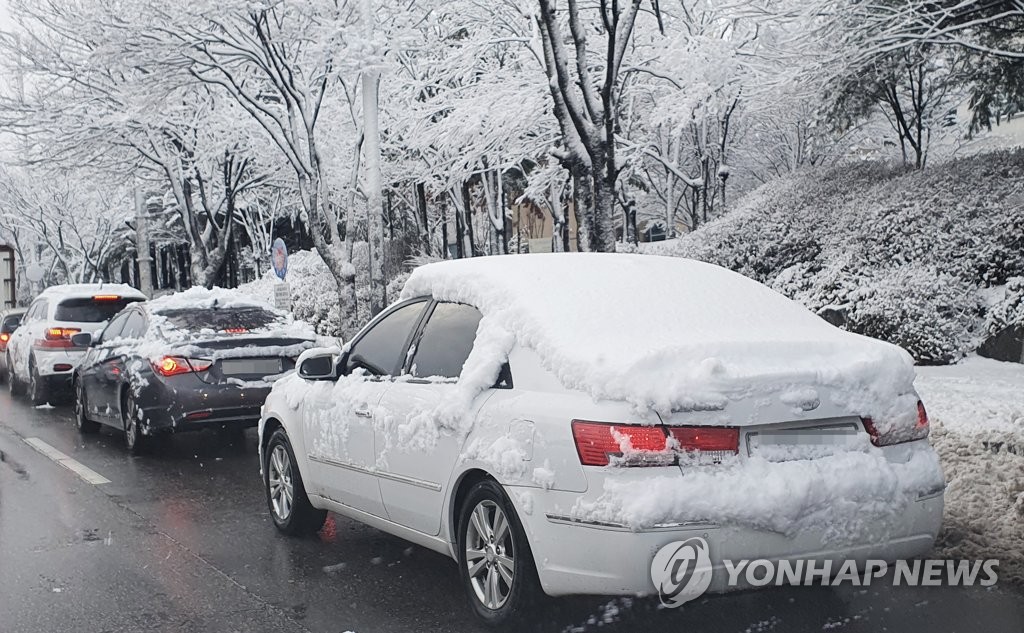 The snowfall, which started Monday morning, is expected to continue until Tuesday afternoon, according to local weather authorities.

The person who was killed was hit by a car inside a tunnel on a highway linking Seoul to Yangyang, 215 kilometers east of the capital.

Those who reported injuries did not appear to be in serious condition, according to the CDSCH.

Hundreds of cars were trapped on major highways in Gangwon Province due to the snow but were able to resume travel late Monday night.

The CDSCH said it sent more than 160 military personnel to help cars out of the snow. The local government of Yangyang sent assistance in the form of blankets and food for 1,530 people. Korea Expressway Corp. also provided 320 liters of fuel for stranded drivers.

Some sections of roads continued to be blocked on Tuesday morning. Train, ferry and flight schedules have all been affected by cancellations.

Authorities mobilized more than 3,000 workers and nearly 2,900 pieces of equipment to remove snow from roads across the nation.

In Gangwon alone, about 1,200 people were sent to shovel snow. 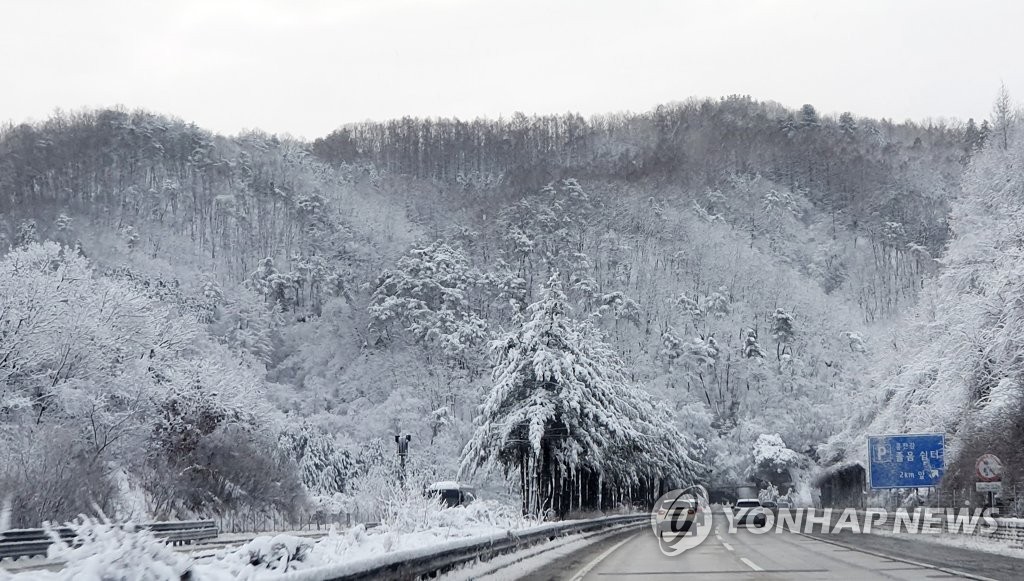 One killed, 94 injured in traffic accidents amid heavy snow

One killed, 94 injured in traffic accidents amid heavy snow