SEOUL, March 2 (Yonhap) -- Prosecutor General Yoon Seok-yeol strongly criticized a recent move by the ruling party to create another state investigative agency to limit the power of the prosecution service.

"Taking investigative power away from the prosecution amounts to regression of democracy and destruction of the spirits of the Constitution," the top prosecutor said in an interview with Kookmin Daily published Tuesday.

"I am willing to stake my position for the 100th time if I could stop it," he said.

The ruling Democratic Party (DP) is seeking to establish yet another agency tasked with investigating six types of serious crimes, including abuse of power and corruption, under the Ministry of Justice, which will strip the prosecution service of investigative power into those crimes and leave it only with the power to prosecute. 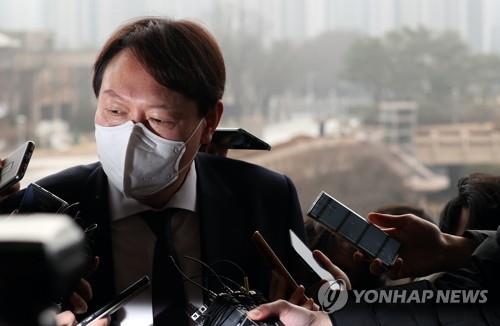 The move comes on the heels of the establishment earlier this year of the Corruption Investigation Office for High-ranking Officials (CIO) with a focus on uprooting corruption among high-ranking officials.

The DP's new initiative is in line with the party's core agenda to further reduce the power of the nation's prosecution service, which is considered to have too much power, with the authority to investigate crimes -- big or small -- and the exclusive right to decide who to indict.

Yoon lambasted the move as being "tantamount to give extraterritorial rights to those in power," and to "being a rough-and-ready step for legislation that will destroy the 70-year-old criminal law system, let alone the prosecution service."

He also said he strongly opposed the idea of separating powers of investigation and prosecution, because it could interfere with effective and just law enforcement and potentially benefit only the establishment and do more harm than good to the socially disadvantaged.

"I am confident in saying that it is not possible to enforce laws" if the two powers are handled by different parties, he said.

"The only choice left is to implore the public," he said, asking the people to "watch out how the issue plays out so that the ruling party does not make any hasty legislative actions."

"The prosecution service would have to deliver its opinion calmly in accordance with established procedures in respect of the National Assembly," a Cheong Wa Dae official told reporters on the customary condition of anonymity.

He added that the parliament will exercise its legislative rights in consideration of the people's views on prosecution reform. 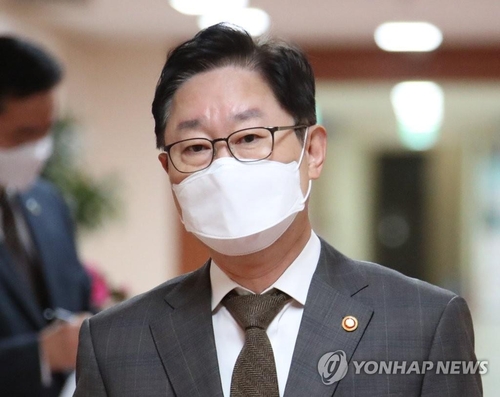 Justice Minister Park Beom-kye said he was open to meet with Yoon to share notes and discuss the issue.

Meeting with reporters on the way to his office at the government complex in Gwacheon, south of Seoul, Park said, "I am well aware of the concerns among the members of the prosecution service on the separation of investigation and prosecution."

He stressed that discussions are only at a very early stage and that it is necessary to listen to various opinions from those involved going forward.

The minister, however, refrained from expressing his thoughts on the establishment of another investigative agency.

He has remained cautious on the issue, saying that while the two powers should ultimately be separated, it should be done in a way not to leave a "vacuum" in the state's power to investigate important cases.