DAEGU, March 2 (Yonhap) -- Samsung Lions closer Oh Seung-hwan rarely makes a big deal out of personal records and milestones. But he said Tuesday he will make an exception for the 300th career save plateau that he's sure to reach sometime this season.

The right-hander is sitting at 295 saves after 10 seasons in the Korea Baseball Organization (KBO). That number would have been much higher had Oh not gone to pitch in Japan for two years and in Major League Baseball (MLB) for another four seasons. 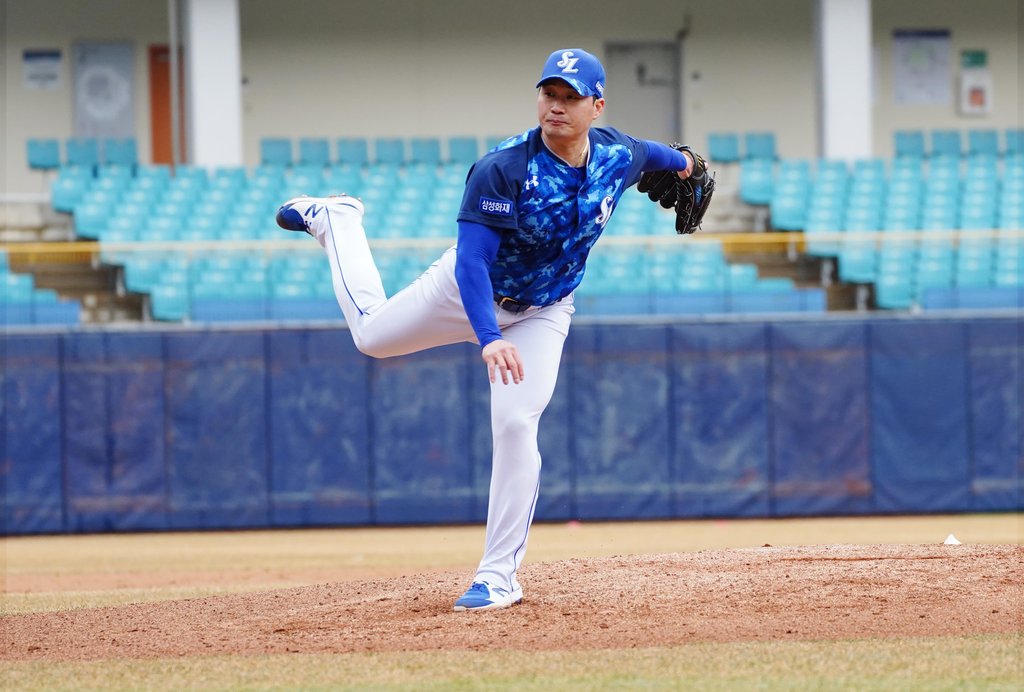 Still, Oh has a comfortable lead in career saves, with no active pitcher even at 200 saves at the moment. And the 38-year-old wants to keep on extending his lead.

"Once I get to 300 saves, then a new generation of pitchers will have a new target with a new digit that they can shoot for," Oh said after a live batting practice at Daegu Samsung Lions Park in Daegu, 300 kilometers southeast of Seoul.

"Since it will all have come from the same league and no one has reached that mark, (300 saves) will be meaningful to me," Oh added.

The reticent one refused to take any credit for reaching the 400th career save last June, saying the combined total from three different leagues didn't mean much to him. During his chase for the milestone, Oh once said, "I am hoping I will get there as soon as possible, just so I can put it behind me."

All 295 of Oh's KBO saves have come as a member of the Lions. He picked up 80 saves across two years with the Hanshin Tigers in the Nippon Professional Baseball. Oh added 42 saves for three major league clubs in two countries: St. Louis Cardinals, Toronto Blue Jays and Colorado Rockies. 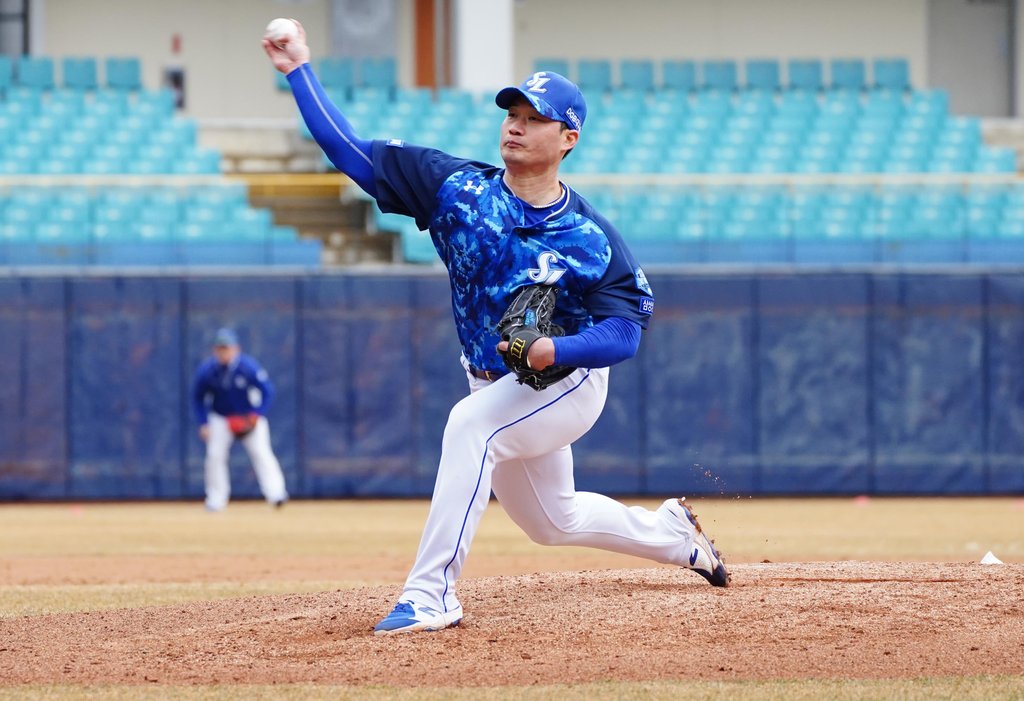 Analytically inclined observers are armed with theories and numbers to discount the value of saves, but closers themselves will defend their turf the way they try to protect a one-run lead in the ninth inning. Oh is no different than other members of his brethren.

"If I pick up a lot of saves, then it means our team is winning a lot of close games," Oh said. "If we keep winning those games, then it will give us that much more confidence. And dominant teams are built on such foundation."

Oh said he began his offseason workout on Dec. 12 last year, earlier in the winter than he normally would. He focused on raising his arm slot and improving spins of his pitches.

"No matter how hard your fastball is, hitters will still get to you if you don't mix it up," Oh said. "I think having that experience last year will help me immensely this year."

As the oldest member of the Lions, Oh said he and his younger teammates have been pushing each other in spring training. 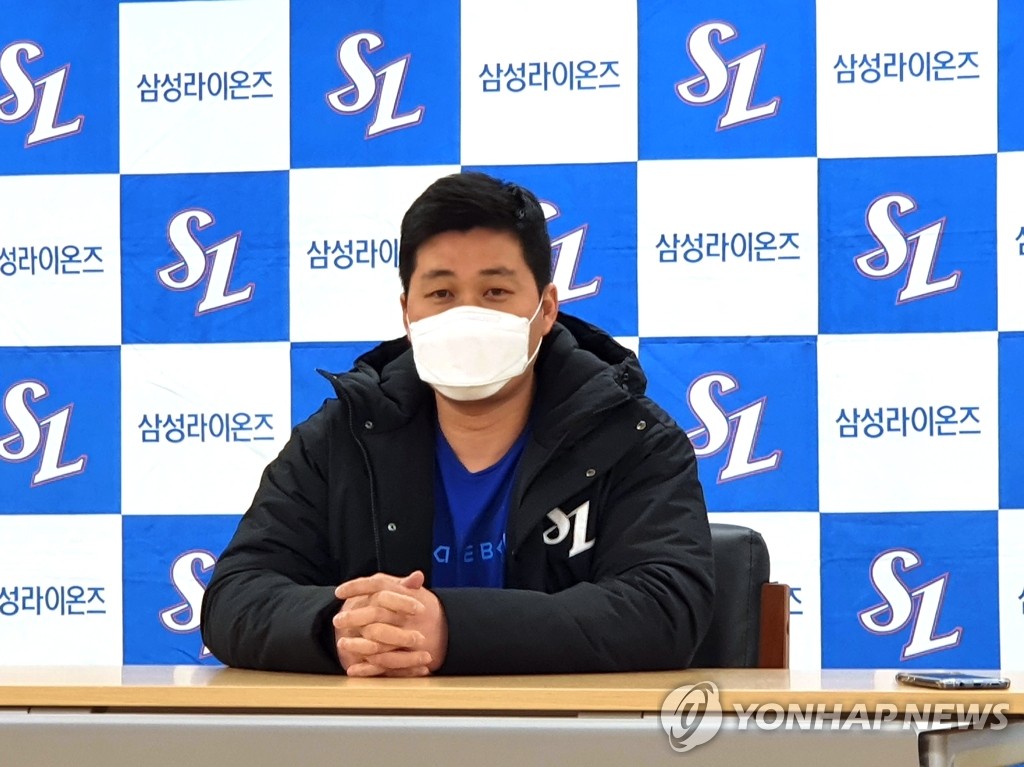 And even though many of his contemporaries have retired in recent years, Oh believes he still has more to give.

"I haven't thought about retiring just yet," Oh said. "But I've been asked a lot about players around my age who have left the game. Those questions get me thinking about my own age, too."

One of those contemporaries is still in the game, and will be perhaps the biggest headline grabber this year.

Former MLB All-Star Choo Shin-soo has signed with the SK Wyverns, a club soon to be renamed after being sold to Shinsegae Group's E-Mart.

Oh is the only South Korean-born pitcher in the KBO to have faced Choo in MLB. Choo went 2-for-2 with an RBI against his friend.

"I have a feeling I'm going to face Choo Shin-soo in tough situations," Oh said. "I know he's a great hitter. It's going to be a good battle against him."

Choo, also 38, is still going strong. Oh said his body will tell him when it's time to hang up his cleats. Until then, he wants the ball in his hand with a lead in the ninth.

"I don't want to just prolong my career when I no longer have much to offer, but I haven't reached a point where I felt I couldn't handle physical demands of our training," Oh said. "I want to pitch even better this year than the last." 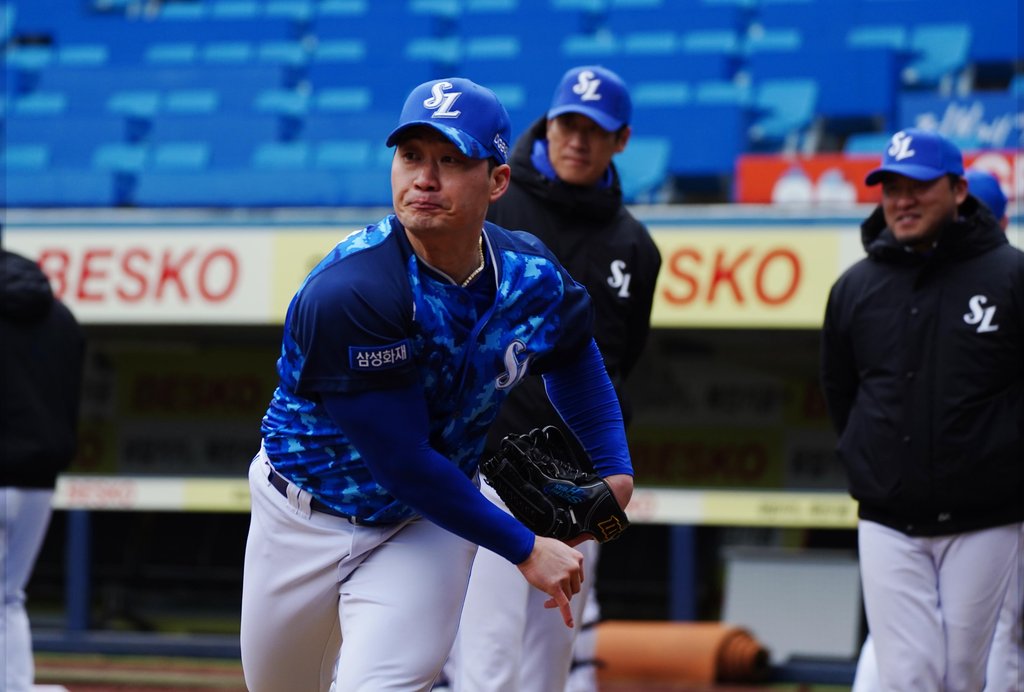