SEOUL, March 2 (Yonhap) -- A civic group and a lawyers' association on Tuesday raised allegations that employees at a state housing corporation bought plots of land in two cities in Gyeonggi Province before the government announced a massive development plan there.

At a press conference, the People's Solidarity for Participatory Democracy and Minbyun, an association of progressive lawyers, accused 14 employees at the Korea Land and Housing Corporation (LH) of speculative land buying in Gwangmyeong and Shiheung.

"They could have violated the ethics codes for public servants," the groups said, adding that they would file a request with the Board of Audit and Inspection to look into the allegations and whether there were more LH officials involved in similarly suspicious transactions. 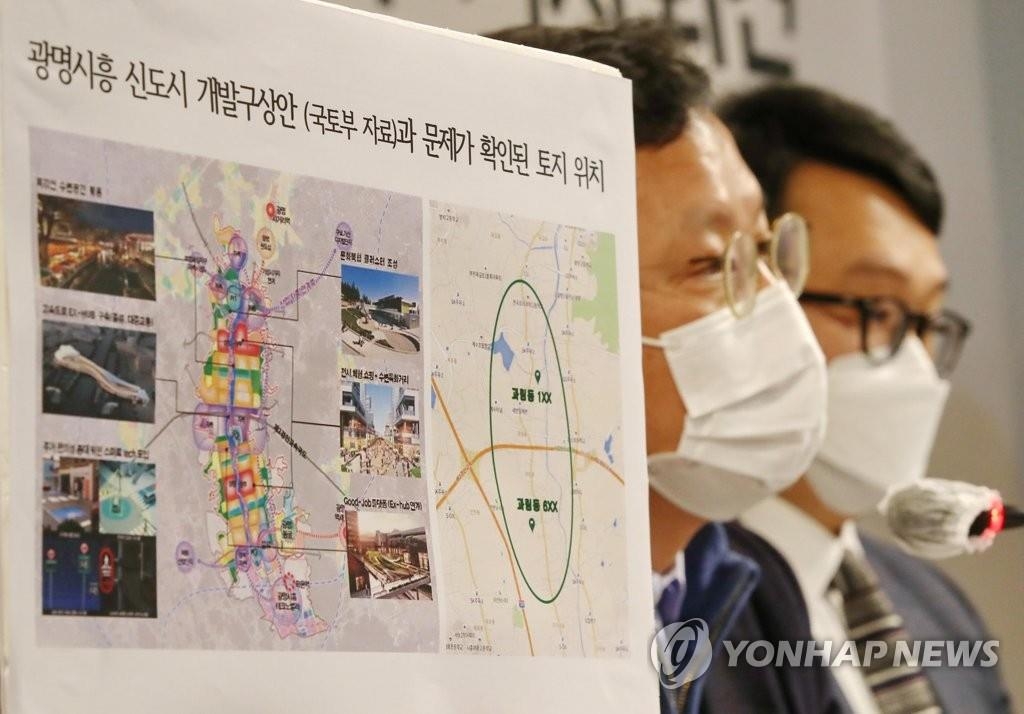 Last month, the land ministry selected a vast area spanning 12.71 million square meters in the two cities as the site for approximately 70,000 new homes in order to meet housing demand in the capital area and cool down runaway housing prices.

"To buy farmland, you would need to submit a plan for farming, but it is hard to believe that LH employees would have a plan to do farming," the lawyer Kim Nam-geun said. "I suspect they have submitted false documents for land speculation purposes."

They also alleged that those employees worked on the land compensation team and must have knowledge of how to get big compensation when the government seeks to acquire land to build apartments there.

The ministry said it will launch an investigation into the suspicions raised by the groups and refer the case to police if any suspicious activity is detected.