SEOUL, March 2 (Yonhap) -- The prosecution sought a court warrant to arrest the nation's chief immigration official Tuesday as part of a probe into an allegedly illegal travel ban against a scandal-ridden former vice justice minister.

The Suwon District Prosecutors Office filed for the warrant for Cha Gyu-geun, commissioner of the Korea Immigration Service, on charges including abuse of power, obstruction of justice and falsifying official documents.

Cha is a key figure involved in the alleged illegal process in imposing an exit ban on Kim Hak-ui, who briefly held the vice minister post in 2013.

In March 2019, Kim was stopped at Incheon International Airport, west of Seoul, from leaving the country as prosecutors sought to reinvestigate allegations that he received sexual favors from a local constructor more than a decade ago.

Prosecutors are investigating a complaint that the departure ban did not follow due procedures and that justice ministry officials illegally checked Kim's personal information 117 times from March 19-22, 2019.

Cha is accused of approving the ban after the fact on March 23 despite being aware that Lee Kyu-won, then the prosecutor in charge of the case, requested the ban using the illegally obtained information. 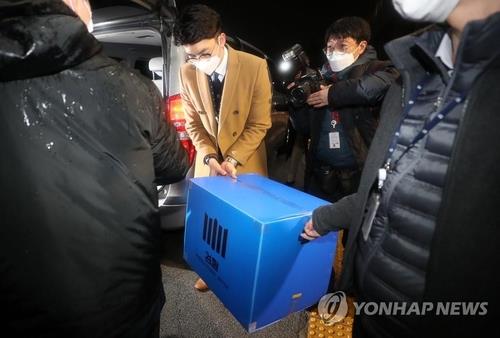