WASHINGTON, March 2 (Yonhap) -- The United States and its allies must maintain maximum pressure on North Korea to make the country realize that it is safer without nuclear weapons than it is with them, a former U.S. national security adviser said Tuesday.

H.R. McMaster also said the U.S. must make it clear to the North that its goal is not to remove leader Kim Jong-un.

"Multiple diplomatic efforts to ensure that the North Korean regime did not pose a grave threat to the world have resulted in failure and disappointment," the retired U.S. Army lieutenant general told a Senate Armed Services Committee hearing on global security in a pre-submitted statement.

"Those efforts failed, in part, because they were based on one of two flawed assumptions," he added.

The former national security adviser said the two flawed assumptions were: first, a forlorn hope that opening up to North Korea would change the nature of the regime, and, second, that the Kim family regime was unsustainable and that it would collapse before it developed and fielded nuclear weapons. 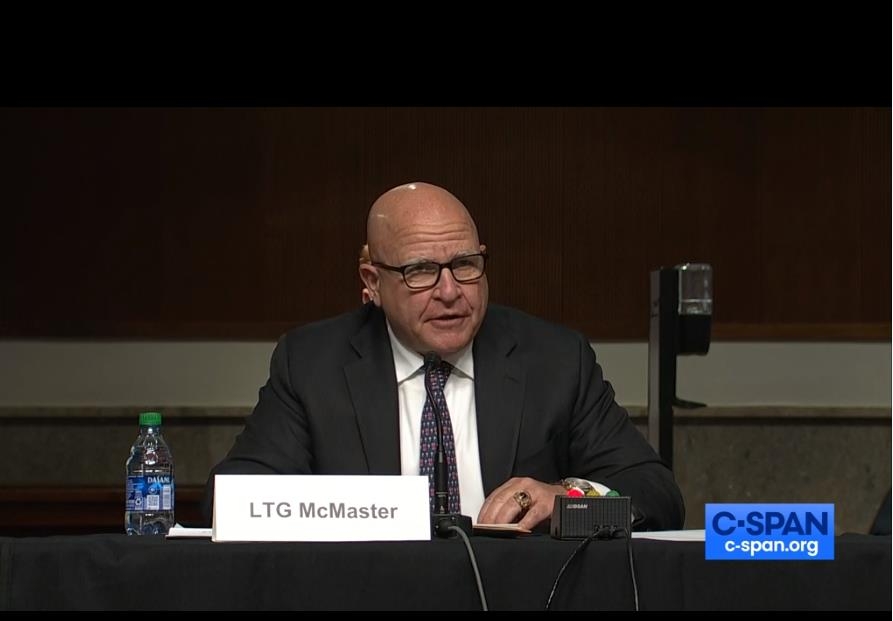 His remark come amid an ongoing review of North Korea policy by the new Biden administration to determine the best ways to approach Pyongyang and its nuclear ambitions.

McMaster served as the national security adviser to former President Donald Trump between 2017 and 2018.

He argued the North has been "happy to accept payoffs in exchange for limited opening," but then quickly shut down before its people gained any access to outside information.

With regard to its possible collapse due to difficulties facing its people, McMaster said the North has successfully turned deprivation into a virtue under what he called the country's "convoluted but effective juche or self-reliance ideology."

"After rejecting the flawed assumptions that underpinned previous policy and considering the purpose behind Kim Jong-Un's pursuit of nuclear weapons and long range missiles, it seems clear that U.S. strategy should be to sustain international support behind a strategy of maximum pressure to test the thesis that Kim Jong-Un can be convinced that his regime is safer without nuclear weapons than it is with them," he wrote.

To this end, McMaster said the U.S. and its allies should "not accede" to initial agreements and payoffs such as sanctions relief to get North Korea to the negotiating table.

"Sanctions should remain in place until there is irreversible momentum and verifiable progress toward denuclearization," he said.

He also said it is vital for the U.S. and its allies to have China's support for the maximum pressure on North Korea, noting more than 95 percent of North Korea's trade in merchandise is with China.

McMaster said the U.S. must show to the North that its goal is not to remove Kim from the throne, but argued it must also demonstrate its will and capability to use force if necessary.

"Kim Jung-un must know that the United States and its allies possess the capability and, if faced with a potential nuclear strike, the will to impose denuclearization militarily without his cooperation," he wrote.

With regard to the threats and risks posed by nuclear-armed North Korea, McMaster said the North has "never developed a weapon that it did not try to sell."

U.S. must use maximum pressure to convince N. Korea it is safer without nukes: McMaster

U.S. must use maximum pressure to convince N. Korea it is safer without nukes: McMaster