The tally was a sharp increase from the 344 recorded previous day after health officials confirmed more than 90 cases among nearly 4,000 expatriates living in Dongducheon, 40 kilometers north of Seoul.

The country added six more deaths from COVID-19, raising the total to 1,612. The fatality rate was 1.78 percent.

South Korea reported more than 1,000 daily cases in late December before it saw a downward trend. The daily tally has been hovering around 300 and 400 in the past seven days. 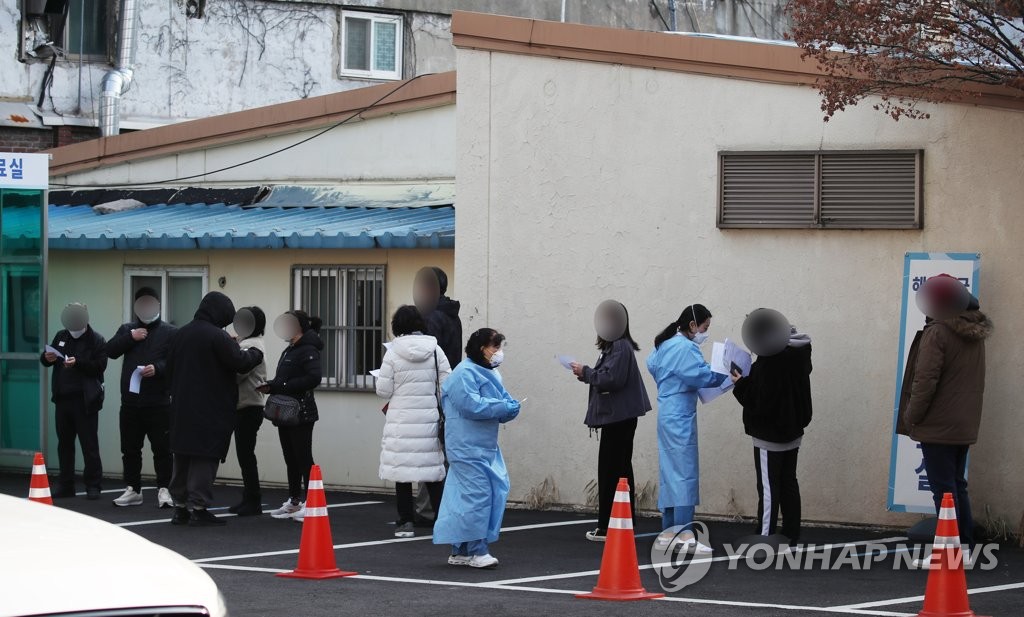 The country launched a mass vaccination campaign last Friday starting with the vaccine developed by AstraZeneca.

The country has so far administered vaccinations to a total of 87,428 people over the past five days, with an additional 63,644 getting the shots Tuesday, according to the KDCA.

So far, nearly 28 percent of inoculation priority groups subject for AstraZeneca's vaccine, including workers and patients at nursing homes, have been inoculated, while 2.71 percent of people scheduled to receive Pfizer's vaccine have received their shots.

By region, Gyeonggi Province had the largest number of vaccinated people with 16,390, followed by South Gyeongsang Province with 8,778 and Seoul with 8,345.

The vaccination campaign is expected to further gather pace as more medical workers and those at nursing homes get the vaccine shots down the road. The country aims to achieve herd immunity by November.

A total of 156 cases of side effects after vaccinations had been reported as of Tuesday, although all of them were just mild symptoms, such as a fever.

But earlier Wednesday, health officials in Gyeonggi Province reported that two people administered with AstraZeneca's vaccine showed severe side effects, including low blood pressure, and were taken to the hospital. The two reportedly had underlying diseases. 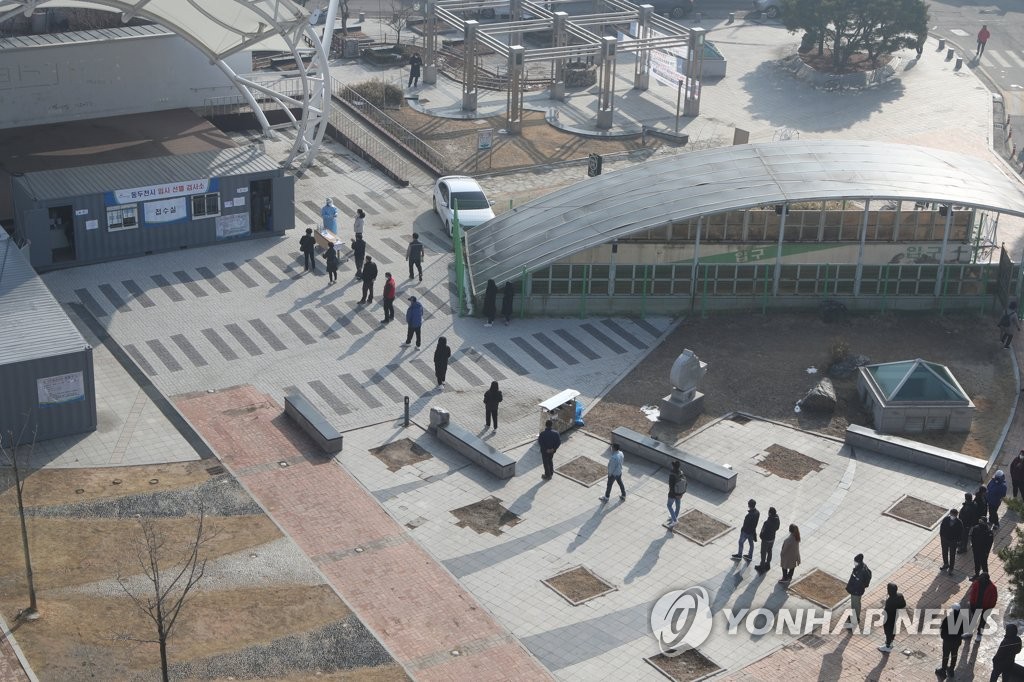 To further contain the virus, the country extended the current social distancing rules for another two weeks through March 14.

Of the locally transmitted cases, 116 additional cases were reported in Seoul and 218 in Gyeonggi Province that surrounds the capital. Incheon, 40 kilometers west of Seoul, identified 19 new cases.

The number of seriously or critically ill COVID-19 patients was 129, down six from the previous day

The total number of people released from quarantine after making full recoveries was 81,700, up 362 from a day earlier, with 7,504 people being isolated for COVID-19 treatment, up 76 from a day ago.