SEOUL, March 3 (Yonhap) -- It's early March, with baseball's spring training in full swing about a month before the start of the regular season. It's also the "best shape of his life" time of the year, when players all claim they've put in so much work over the winter and they've never felt better -- until they get hurt.

Kim Woong-bin, a 25-year-old infielder for the Kiwoom Heroes, went through just that a year ago. He arrived in camp ready to take over as the Heroes' everyday third baseman, but he didn't even make the Opening Day roster after hurting his right triceps during an intrasquad game. Soon after he returned, Kim suffered a hamstring injury. 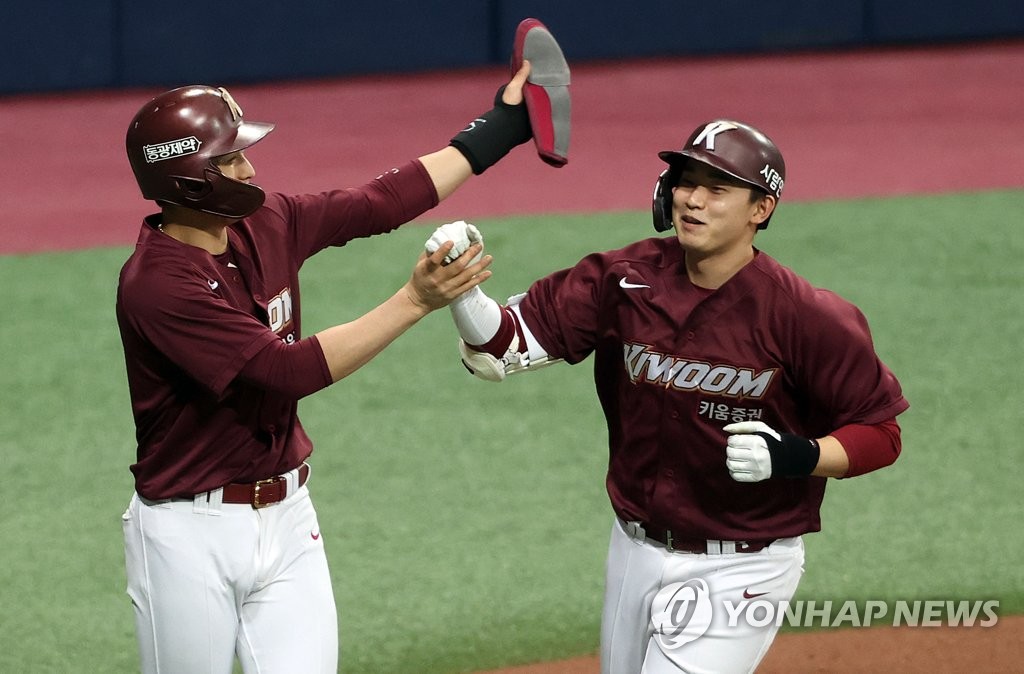 He ended up playing in only 73 out of 144 games last year in the Korea Baseball Organization (KBO). Expected to provide much-needed power from the left side of the plate for the Heroes, Kim finished with just eight homers.

Kim is back with a vengeance this year. He really is in the best shape of his life, having shed 7 kilograms while adding muscle in place of lost fat. 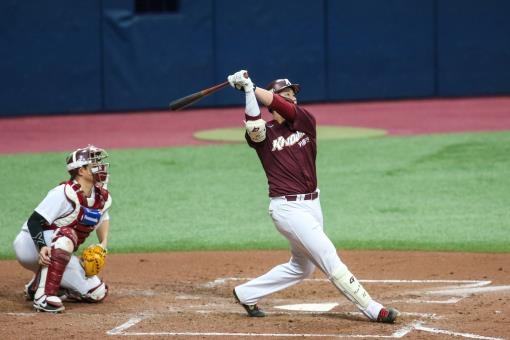 "I feel great. I feel faster and lighter," Kim said after the game. "I plan to drop a little more weight."

Kim said his weight loss shouldn't affect his power stroke because he has built muscle into his 181-centimeter frame. At the start of last season, Kim was listed at 84 kilograms.

"I wasn't that big in high school, but I put on some weight after getting into pro ball," said Kim, a third-round draft pick in 2014. "I felt I needed to be leaner if I wanted to play well at third base."

As for his swing change, Kim said his hands used to be right behind his ears, and he decided to move them farther away to generate more power. 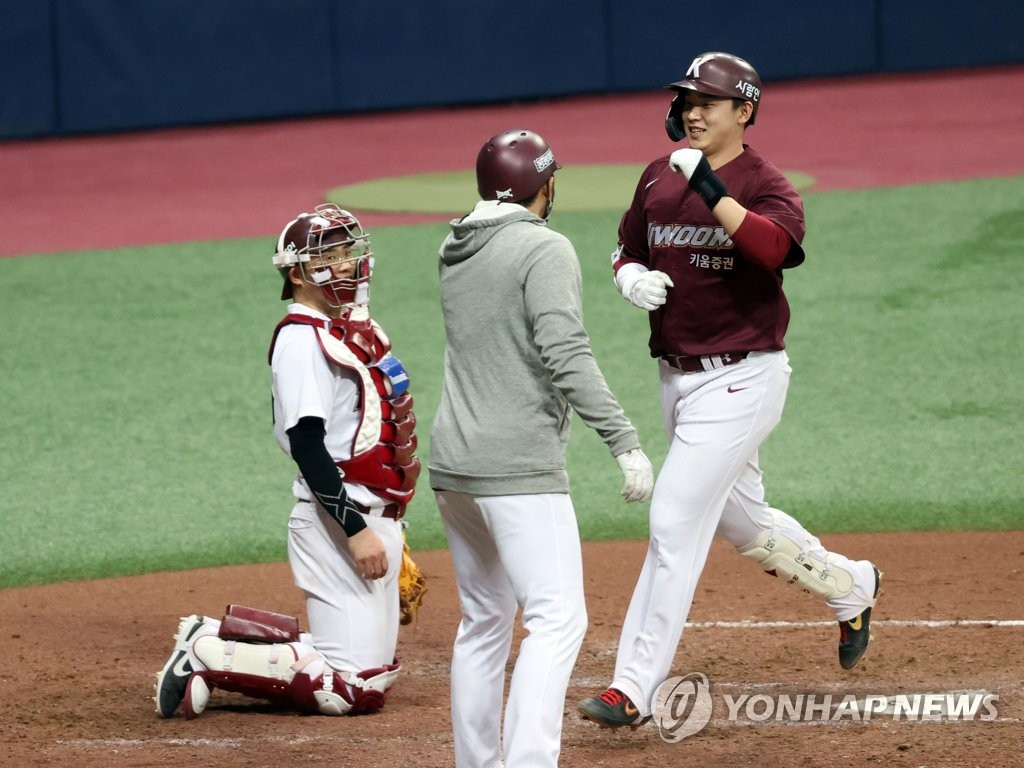 "I've been talking about this change with my hitting coach, Kang Byung-sik, since last year," Kim said. "I didn't want to make any drastic change during the season, and so I took my time during the offseason to work on it. I hope I'll have some consistent results with this swing."

To that end, Kim has set a specific target for the 2021 season.