And when Oh sees a couple of his former Bears teammates trying to take his old spot at first base, he sees a bit of himself in them.

With the 34-year-old Oh manning first base for the Lions, the Bears are hoping Kim Min-hyuk and Shin Seong-hyun will step into that void in 2021. 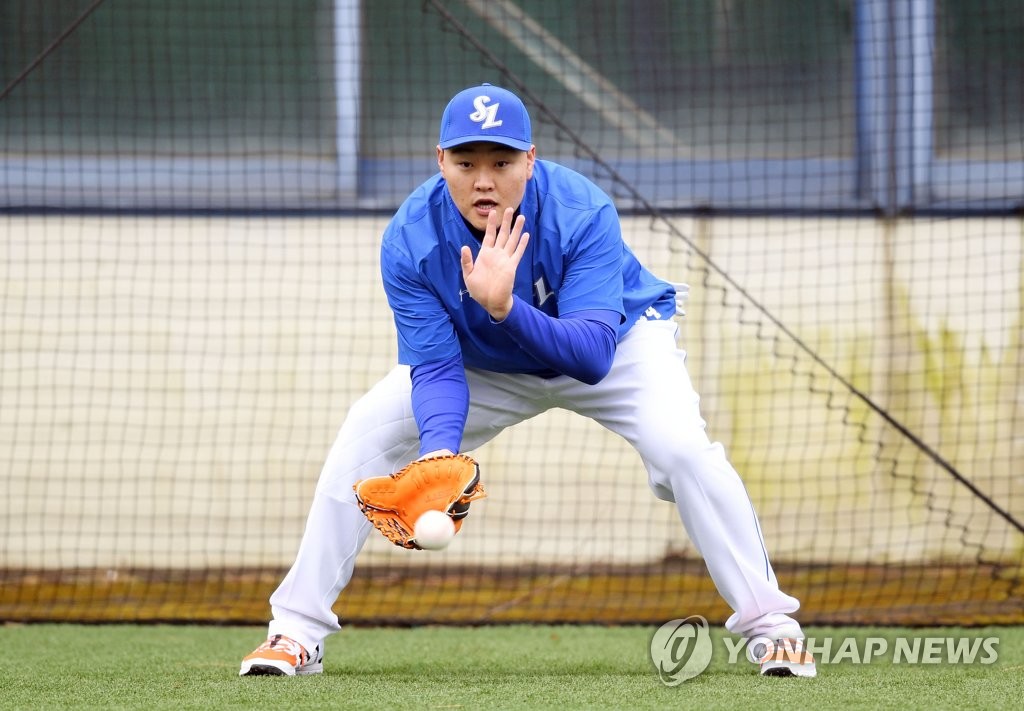 "Doosan has a lot of talented players, and I hope Kim Min-hyuk and Shin Seong-hyun will be able to showcase their skills," Oh said after Tuesday's practice at Daegu Samsung Lions Park in Daegu, 300 kilometers southeast of Seoul. "They're both capable of putting up good numbers."

Kim, 24, was drafted in 2014 but played only 40 games across the 2017 and 2018 seasons before completing his mandatory military service. Shin joined the Hanwha Eagles as an undrafted free agent in 2015, following a handful of years with the Japanese club Hiroshima Toyo Carp. At 30, Shin only has 247 Korea Baseball Organization (KBO) games to his credit.

Oh himself was a late bloomer. He was drafted by the now-defunct Hyundai Unicorns in 2004 but didn't become a regular until 2016 with the Bears, who acquired him in a trade four years earlier. 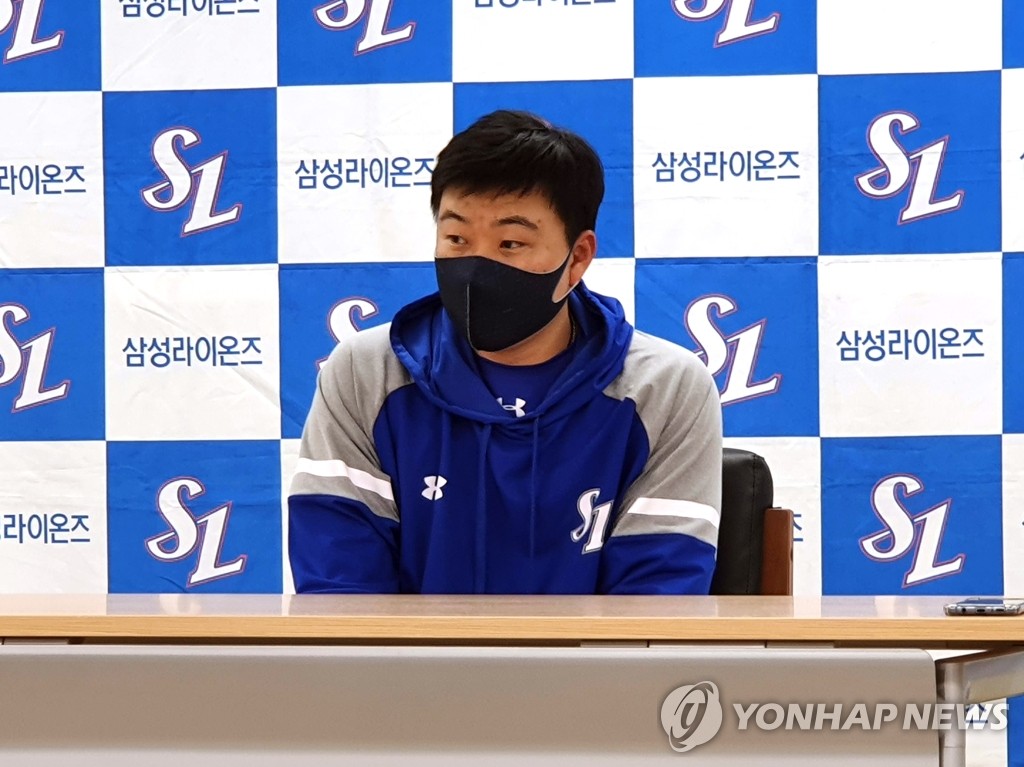 The Bears would be ecstatic to see a similar type of emergence from either Kim or Shin this year. Kim has been getting more reps at first base this spring, while Shin has been handling both first base and outfield duties. Shin is blocked at third base, his natural position, by All-Star Heo Kyoung-min, but his ability to handle first base and a corner outfield position should lead to more playing time.

And when they get into games against the Lions, they will be running into their old teammate at first base at some point. It may create some awkward moments at first.

"I think it's going to be weird seeing Doosan players at first base," Oh said with a smile. "I love those guys. I'll be happy to see them." 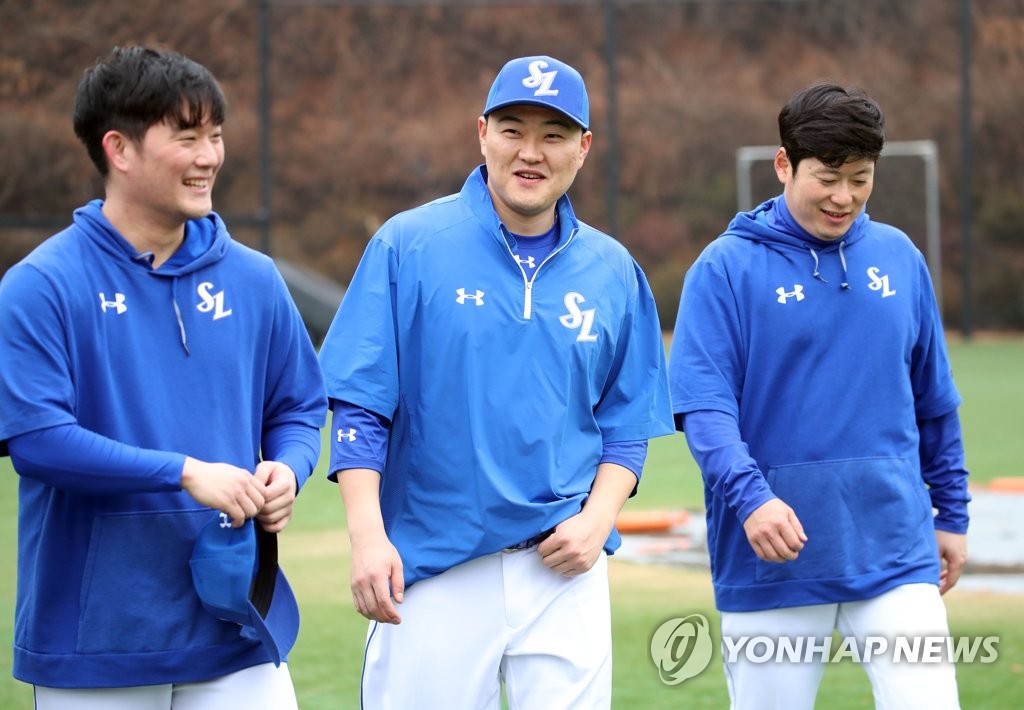