Outbound shipments of fishery goods reached US$2.32 billion in 2020, compared with $2.5 billion tallied the previous year, according to the data compiled by the Ministry of Oceans and Fisheries.

By segment, exports of ready-to-eat products, such as seaweed and processed fish products, advanced 3.8 percent and 8.1 percent, respectively, over the cited period.

The ministry said exports of seaweed surpassed the $600 million mark for the first time. 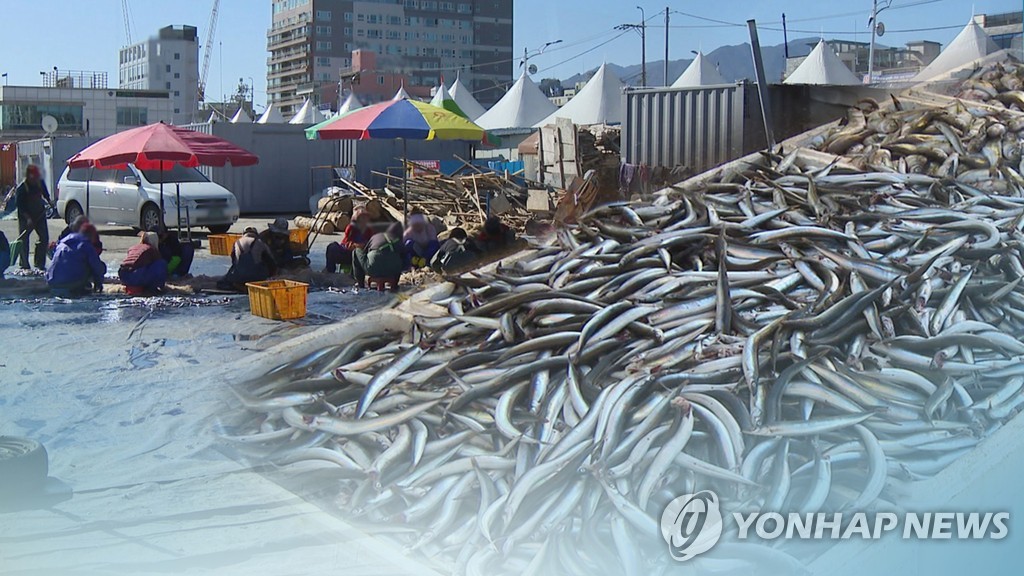 Demand for raw products mostly consumed at restaurants, such as tuna, however, lost ground as people around the globe refrained from dining out amid the COVID-19 pandemic and social distancing schemes.

Shipments to the United States advanced 6.6 percent on-year in 2020, but sales to other countries lost ground, with those to Japan falling 9.8 percent. Exports to China and Thailand also dipped 15.2 percent and 14.8 percent, respectively.

For 2021, the ministry said it seeks to expand its exports of fishery goods by 7.8 percent to reach $25 billion and overcome economic jitters from the pandemic by further expanding shipments of processed goods.

South Korea also plans to diversify its trade portfolio, and plans to have Japan, China and the U.S. take up 58 percent of the exports, down from the previous year's 61.2 percent. The South will increase its new partnerships with countries in Asia and Europe.

South Korea will open up new sections at major global online retailers, including the U.S.-based Amazon, to promote local fishery goods as well.

Exports of fishery goods down 7.4 pct in 2020 amid pandemic

Exports of fishery goods down 7.4 pct in 2020 amid pandemic