SEOUL, March 3 (Yonhap) -- Seoul's population has fallen below 10 million for the first time in over 30 years, the city government said Wednesday.

The total number of inhabitants in the capital stood at 9,911,088 at the end of last year, with 9,668,465 citizens and 242,623 foreign nationals, the local government said, citing data from the ministries of interior and justice.

This marks the first time Seoul's population has sunk below 10 million since it crossed the threshold in 1988.

The South Korean capital posted a population of 10.29 million that year before peaking at 10.97 million in 1992 amid the city's industrialization, the local government said.

By percentage, the number of South Koreans fell by 0.62 percent, while the number of foreigners dropped by 13.93 percent due in part to the coronavirus pandemic, the city government said. 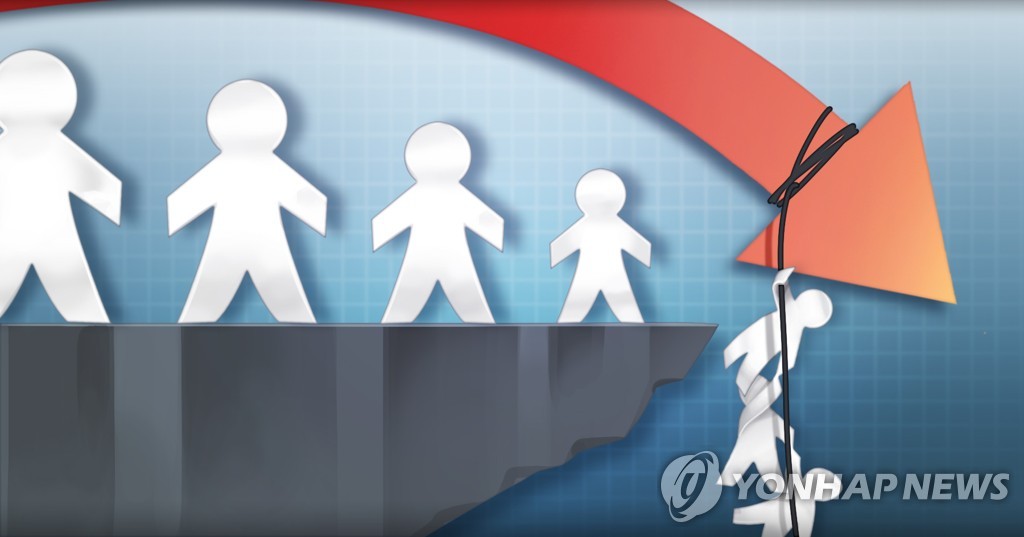 The country has been struggling with a decline in childbirths as many young people delay or give up getting married and having babies amid a prolonged economic slowdown.

Households with one or two members took up 63.8 percent of all households in the city, up 2 percentage points from 2019.

The median age of Seoul residents increased from 42.7 years to 43.2 years. 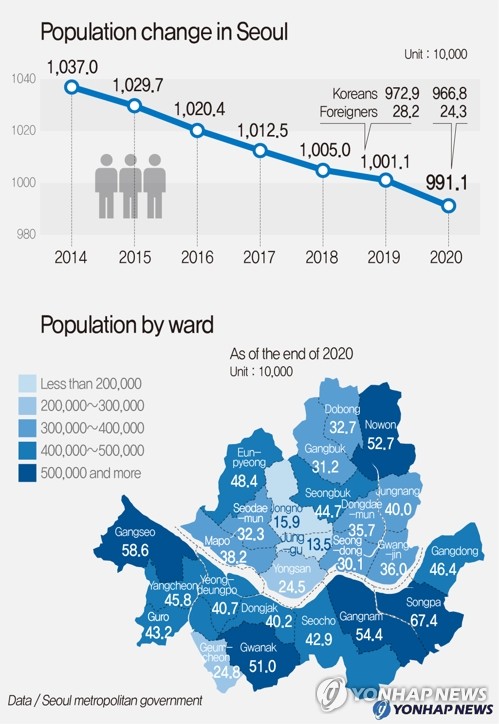