(ATTN: UPDATES with press release in paras 6-7)
By Song Sang-ho

The meeting with Lee Yong-soo, Chung's first with a sexual slavery victim since taking office last month, came as the 92-year-old Lee has stepped up calls for the government to bring the case to the International Court of Justice (ICJ) with no diplomatic solution in sight.

The issue of the comfort women, a euphemism for the victims, has gained renewed attention, as a local court ordered Tokyo to make reparations for 12 former sex slaves in January, with a Harvard professor inflaming public sentiment with his paper casting victims as prostitutes.

"We need to persuade Japanese Prime Minister Suga to take the issue to the ICJ and verify (the truth). We also need to bring the Harvard professor there and uncover (the truth)," Lee told reporters after the talks with Chung. 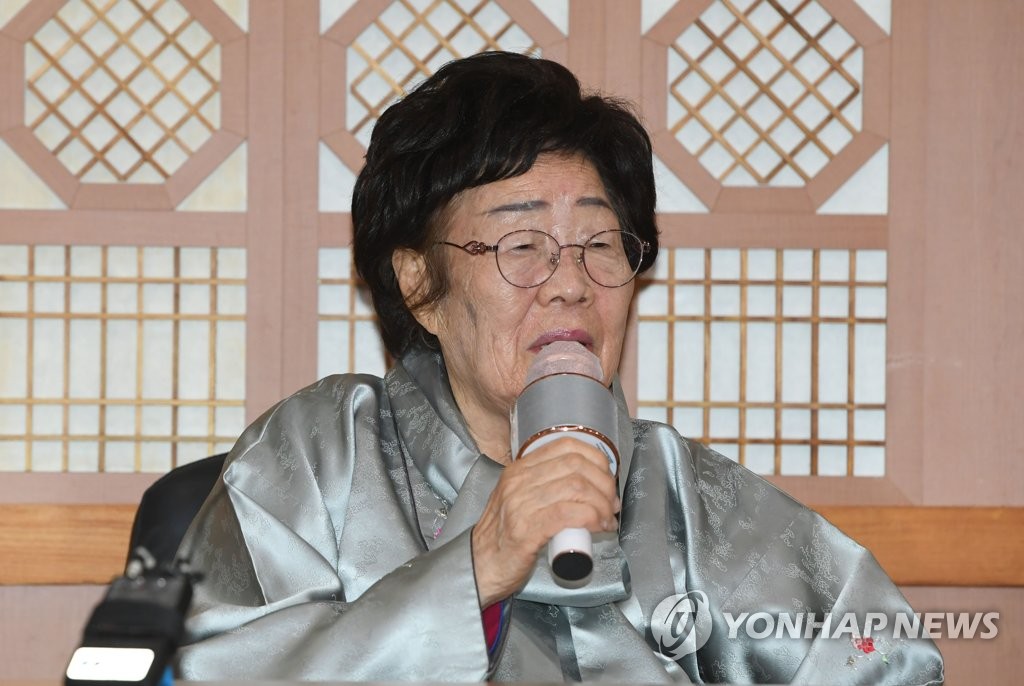 She was referring to J. Mark Ramseyer of Harvard Law School who claimed in his academic paper that the comfort women were prostitutes under voluntary contracts.

In response to Lee's appeal to refer the sexual slavery issue to the Hague-based international court, Chung said that it is a "matter that requires a prudent review."

"Minister Chung said that in close communication with the victims, he would explore various solutions going forward," his ministry said in a press release.

Chung also reaffirmed the government's will to continue efforts to restore the honor and dignity of the victims.
During the press meeting, Lee, one of the 15 registered surviving Korean victims, underscored the urgency of the issue, as many former sex slaves have already passed away.

"Time does not wait for me. With a desperate heart, I thought I should come here like this, and I sincerely appealed to the minister," she said.

"We should get an apology by taking this issue to the law court and getting rightful judgment," she added.

Last month, Lee demanded that Seoul refer the wartime humanitarian case to the ICJ to "hold Japan accountable under the international law," "resolve the issue permanently and live in peace with each other."

The foreign ministry has stricken a cautious tone, saying it would listen to the victims' opinions and carefully consider her demands.

Wednesday's meeting came two days after President Moon Jae-in extended an olive branch to Tokyo, reiterating his commitment to dialogue with Japan "at any time" and stressing that the two countries should not be bound by the past. 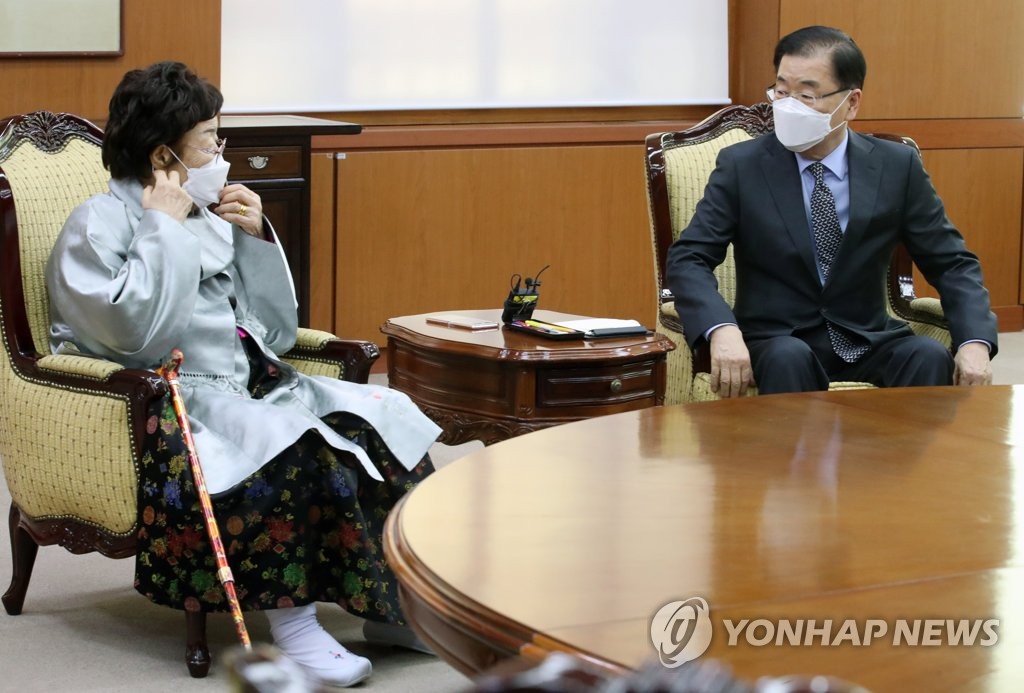 Seoul's efforts to explore a diplomatic resolution have been stalled, as Tokyo has insisted that the comfort women issue has already been settled in a 2015 government-to-government deal, which critics say has failed to sufficiently reflect victims' voices.

Amid the unresolved row over the issue, the U.S. State Department has called the wartime sexual enslavement an "egregious violation of human rights" -- remarks in tune with its key policy effort to promote liberal values like human rights.

The comfort women case, along with the issue of Japan's colonial-era forced labor, remains a nettlesome challenge to Seoul's efforts to mend relations with Tokyo long strained over historical and territorial spats.

South Korea has been seeking to enlist Japan's support in creating diplomatic opportunities to reengage with North Korea through such events as the Tokyo Olympics, scheduled for this year, at a time when the U.S. pushes for stronger trilateral cooperation among the three countries.

On Monday, Lee also met with Gender Equality Minister Chung Young-ai. Lee stressed the need to bring the case to the international court to clarify Tokyo's responsibility for the wartime atrocity.