The medical staff at the Korean Armed Forces Yangju Hospital in the city of Yangju, some 50 kilometers north of Seoul, received COVID-19 vaccine shots under the first round of the inoculation campaign in the military.

They are among around 2,400 health care workers at 16 military hospitals across the nation who will be inoculated within this month. They will receive either AstraZeneca or Pfizer vaccines. 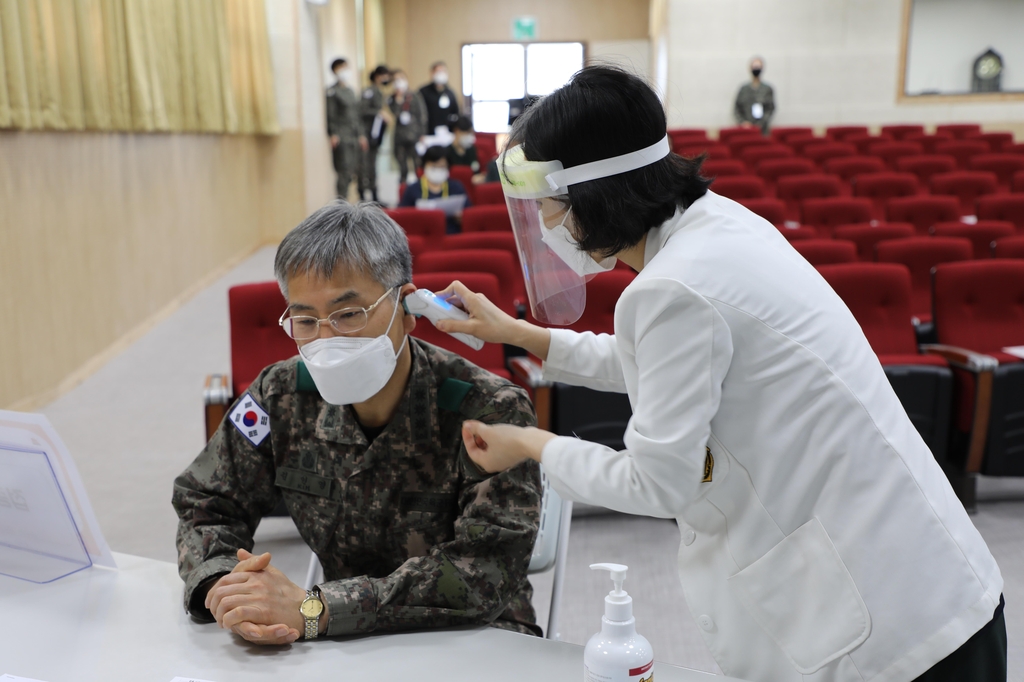 "Starting in April, we will also began administering vaccines to medical corps. Then service members will receive shots in phases according to the authorities' inoculation plan," the ministry said in a statement.

Among the military population, troops affiliated with the Korean Augmentation to the U.S. Army, known as KATUSA, have been inoculated, as the U.S. Forces Korea (USFK) in January began administering the Morderna COVID-19 vaccine to its people, including Korean nationals.

On Friday, the country began its COVID-19 vaccination campaign by administering the vaccine developed by AstraZeneca to health care workers and patients aged under 65 at nursing homes and hospitals. It also gave the first shots of the Pfizer vaccine to front-line medical workers over the weekend. 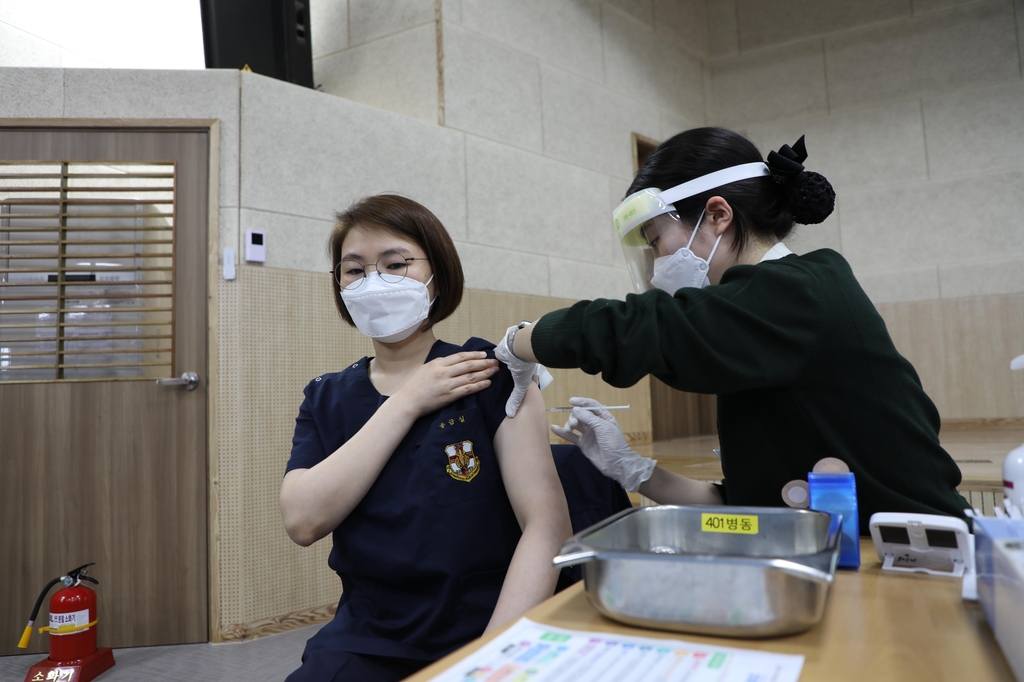