(ATTN: CHANGES photo due to HHIH's request)
By Nam Kwang-sik

Carbon dioxide captured and stored during the production process will also be provided to Saudi Aramco for the extraction of crude oil from exhausted oil fields. 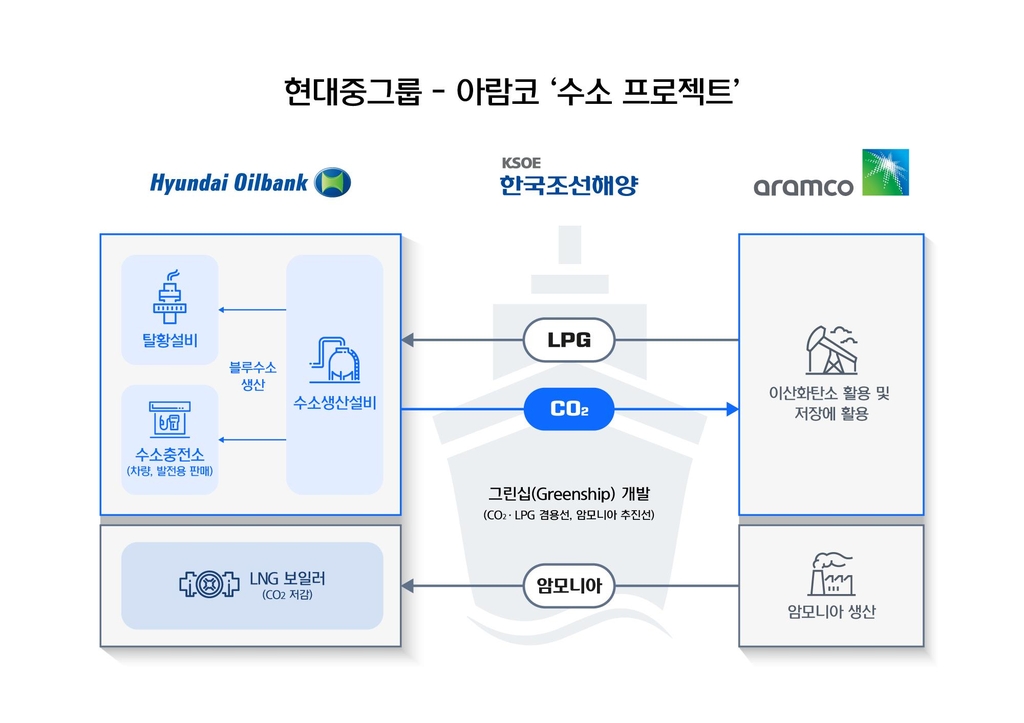 Hyundai Oilbank plans to sell blue hydrogen as fuel for vehicles and thermal power plants or to use it for desulfurization equipment, HHIH said.

The refining unit also plans to set up 300 hydrogen charging stations by 2040 across South Korea.

In addition, Hyundai Oilbank will be provided with blue ammonia, which refers to ammonia that is produced with the carbon emission captured and stored, for the fuel of its liquefied natural gas (LNG) boiler to be built by 2024, HHIH said.

In line with the hydrogen project, Korea Shipbuilding & Offshore Engineering Co. (KSOE), HHIH's subholding company, is developing ships that can carry LPG and carbon at the same time. It is also developing ammonia carriers and ammonia-fueled ships.

Last month, HHIH said it attracted about 800 billion won (US$720 million) via a pre-initial public offering of its wholly owned ship repairing unit Hyundai Global Service to garner investment for the hydrogen business.