SEOUL, March 3 (Yonhap) -- South Korea and the United States will hold a new round of talks in Washington later this week on the sharing of the cost for stationing the U.S. Forces Korea (USFK), the foreign ministry said Wednesday, amid expectations the two sides are close to a deal.

Seoul's top negotiator, Jeong Eun-bo, and his U.S. counterpart, Donna Welton, will meet in the U.S. capital Friday, the ministry said, amid speculation that the two sides are nearing a multiyear deal for the upkeep of 28,500 American troops in Korea.

"The government expects that discussions will proceed toward a mutually acceptable agreement as soon as possible, based on talks that the two sides have had so far," the ministry said in a press release.

"Through this, we will work to contribute to strengthening the South Korea-U.S. alliance and the combined defense posture," it added.

Their talks to reach the defense cost-sharing deal, called the Special Measures Agreement (SMA), appear to have picked up pace recently, as the administration of U.S. President Joe Biden has pushed to strengthen regional alliances.

Since September 2019, the two sides have engaged in grueling negotiations to reach the new SMA. But they failed to strike a deal amid the former Donald Trump administration's calls for a hefty increase in Seoul's payments.

Seoul has insisted that a 13 percent increase from the 2019 SMA is the "best offer" it could make. Washington had asked the ally to pay US$1.3 billion a year, an increase of about 50 percent from the last deal.

The last one-year deal, which called for Seoul to pay about $870 million, already expired at the end of 2019. 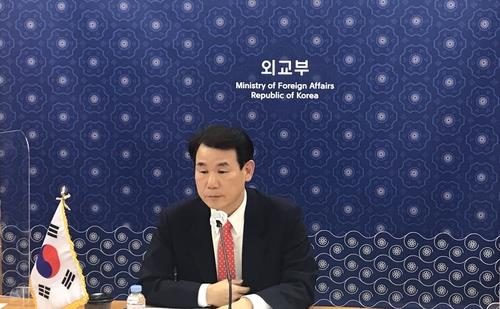