SEOUL, March 3 (Yonhap) -- A Japanese government official said Wednesday that Tokyo cannot continue to delay the disposal of contaminated water from the crippled Fukushima nuclear power plant due to tank storage limits, though it has yet to decide when and how to release it.

At a virtual press briefing, the official of the Agency for Natural Resources and Energy also renewed Tokyo's pledge to transparently share information on the handling of the tainted water to ease health concerns by neighboring countries.

"The (Tokyo) government has never put forward a date by which it will make a decision on the disposal of the water but given tank storage limits, we face the challenge of being unable to further delay it," the official said.

"We are continuing to review when and will make a decision at an appropriate time," the official added.

With all storage tanks at the plant expected to be full around the summer of 2022, speculation has persisted that Tokyo will be under pressure to make a decision soon on the timing and the method to dispose of the water laced with tritium.

But the decision has apparently been postponed as neighboring countries, as well as some Japanese citizens, remain fretful that the tainted water could affect their health, environment and marine products.

As for the disposal method, Tokyo has been considering a variety of ways, including discharging the water into the ocean or disposing of it through vapor release -- the two options, which the International Atomic Energy Agency called technically feasible.

In a written explanation, the Agency for Natural Resources and Energy under the Ministry of Economy, Trade and Industry noted that discharging the water into the sea is relatively easy to predict and monitor, while releasing it through water vapor is difficult to do so.

Mindful of health concerns in Korea, Japanese officials reiterated Tokyo's commitment to sharing relevant information in a way that ensures "transparency and explanatory responsibility" and is based on "scientific data." 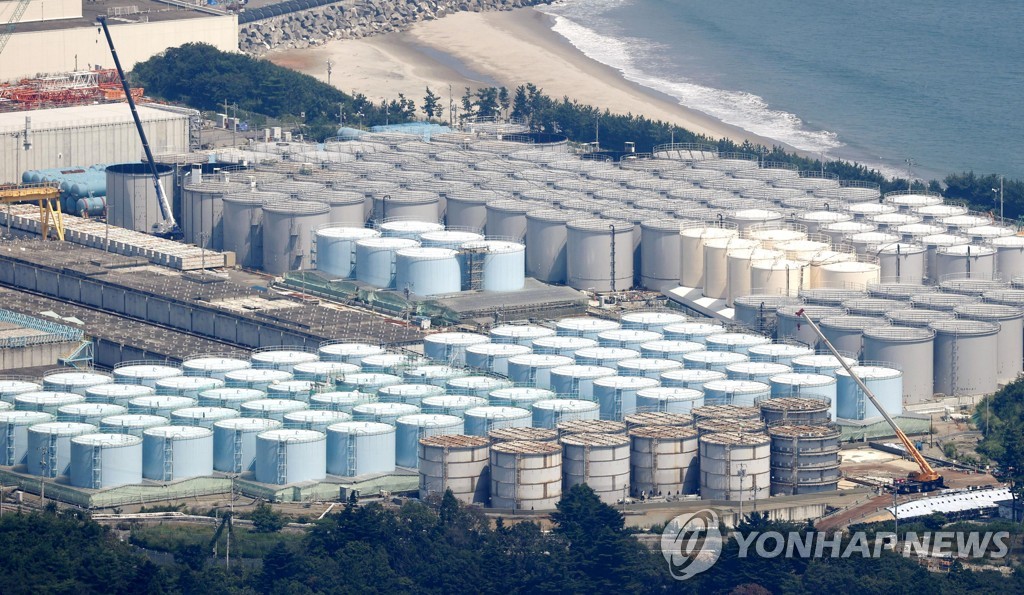