Creating such an agency "violates the spirits of the Constitution and is tantamount to a failure of a nation and the government to fulfill the Constitutional duty," he told reporters on his way to visit the Daegu Prosecutors Office.

Taking away investigative powers from the prosecution will only lead to a situation where corruption becomes more rampant, he said.

His comments came in response to a recent move by the ruling Democratic Party (DP) to establish yet another agency under the Ministry of Justice to take over the prosecution's investigative authority over six serious crimes, including corruption and economic crime cases.

Since the National Assembly passed a series of revision bills last year to adjust investigative authority to give more power to police, the investigative scope of the prosecution has been narrowed to those six crimes. 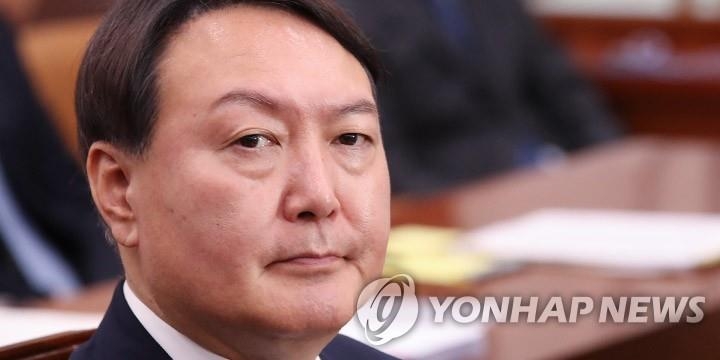 The DP's move comes on the heels of the establishment earlier this year of the Corruption Investigation Office for High-ranking Officials (CIO) with a focus on uprooting corruption among high-ranking officials.

Its new initiative is in line with the party's core agenda to further reduce the power of the nation's prosecution service, which is considered to wield too much power, with the authority to investigate crimes -- big or small -- and the exclusive right to decide who to indict.

In an interview with a local daily published on Tuesday, Yoon lambasted the move as being "tantamount to giving extraterritorial rights to those in power," and to "being a rough-and-ready step for legislation that will destroy the 70-year-old criminal law system, let alone the prosecution service."

On Wednesday, he repeated his position that separating powers of investigation and prosecution is not reasonable, because it could interfere with effective and just law enforcement and potentially benefit only the establishment and do more harm than good to the socially disadvantaged.

Asked if he would stake his position as prosecutor general to stop the plan, he said, "It is hard to answer that question now."

He also did not directly answer questions about whether he is planning to enter politics after his term ends in July. Even though he never publicly said he was interested in politics, he turns up strong in opinion polls as a potential presidential hopeful. 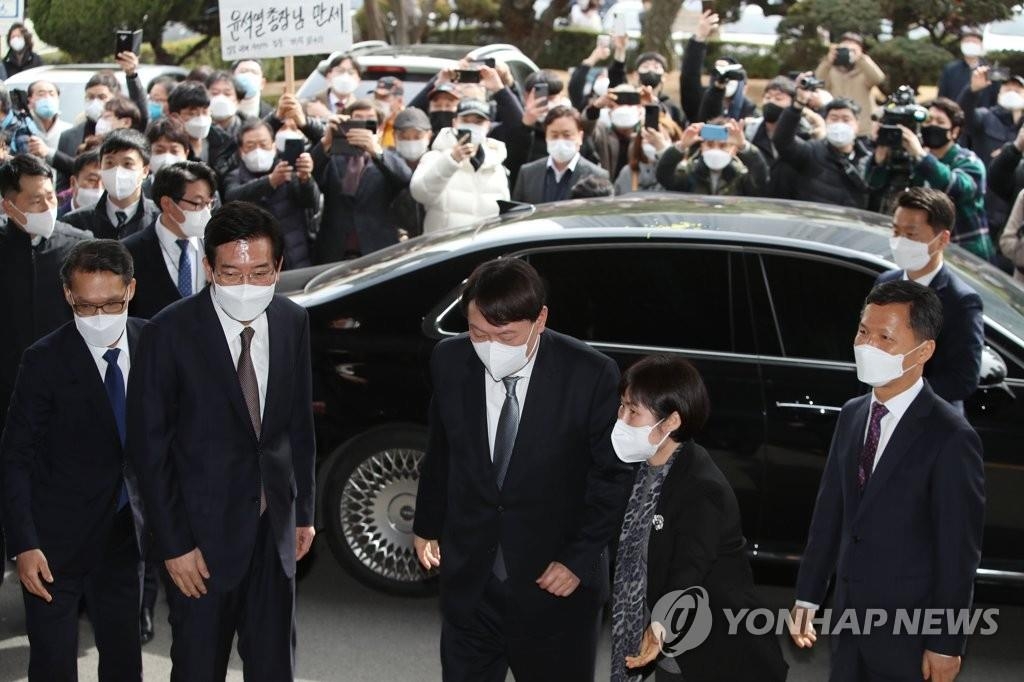